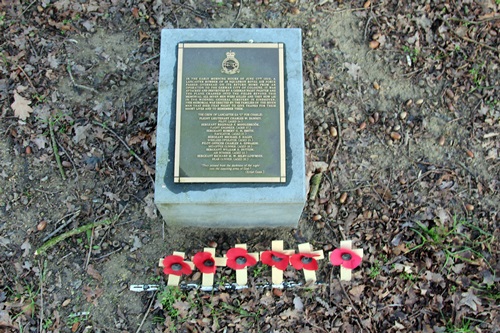 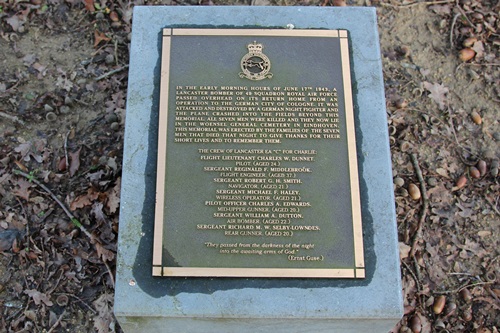 "In the early morning hours of June 17th 1943, a Lancaster Bomber of 49 Squadron Royal Air Force passed overhead on its return home from an operation to the German city of Cologne. It was attacked and destroyed by a German night fighter and the plane crashed into the fields beyond this memorial. All seven men were killed and they now lie in the Woensel General Cemetery in Eindhoven. This memorial was erected by the families of the seven men that died that night to give thanks for their short lives and to remember them.

"They passed from the darkness of the night into the awaiting arms of God." (Ernst Guse.)"