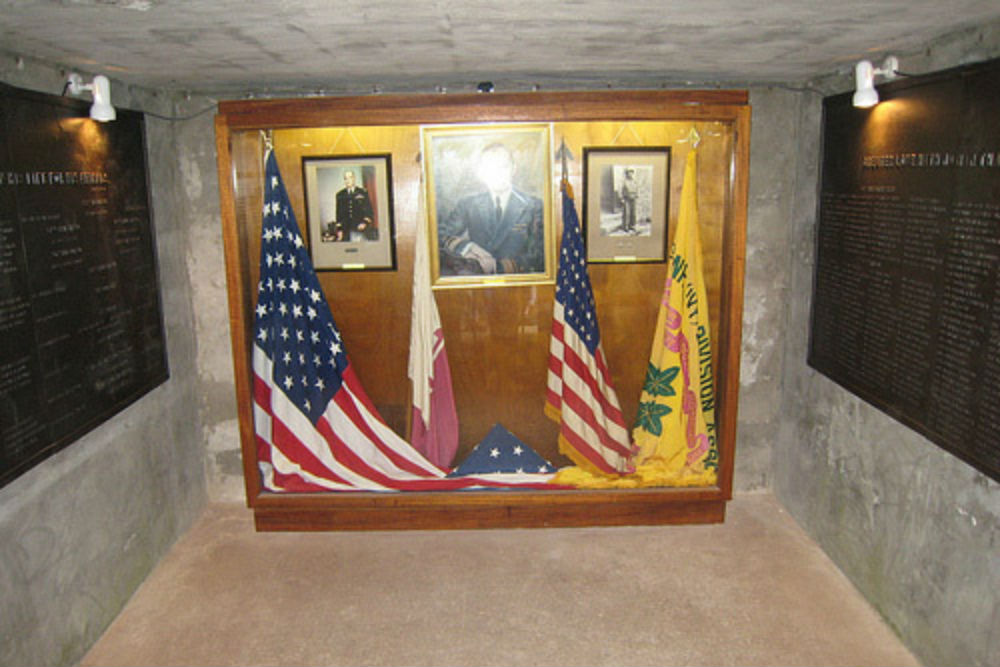 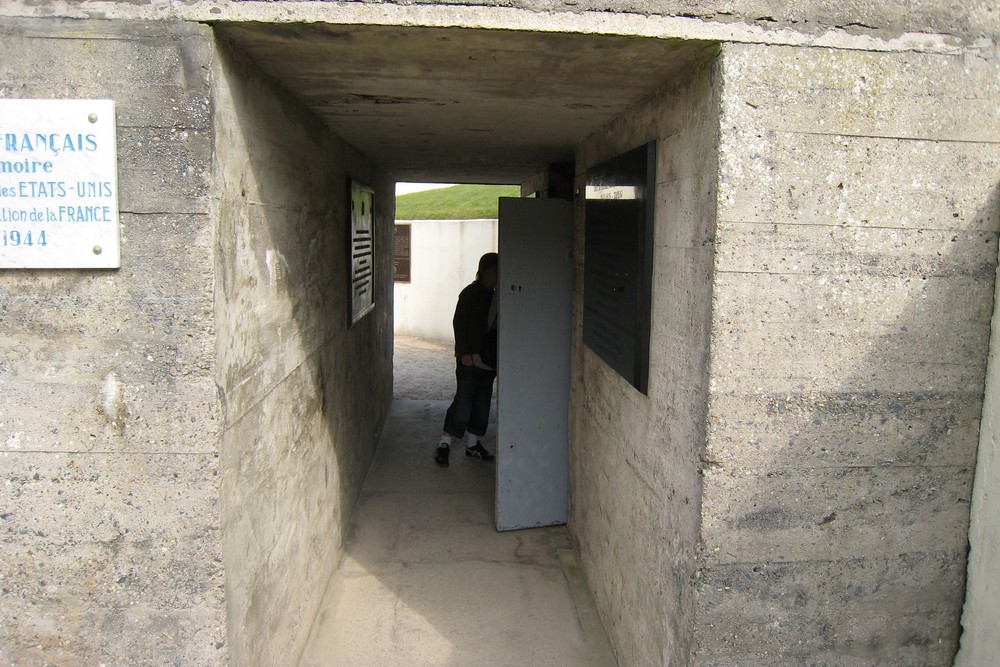 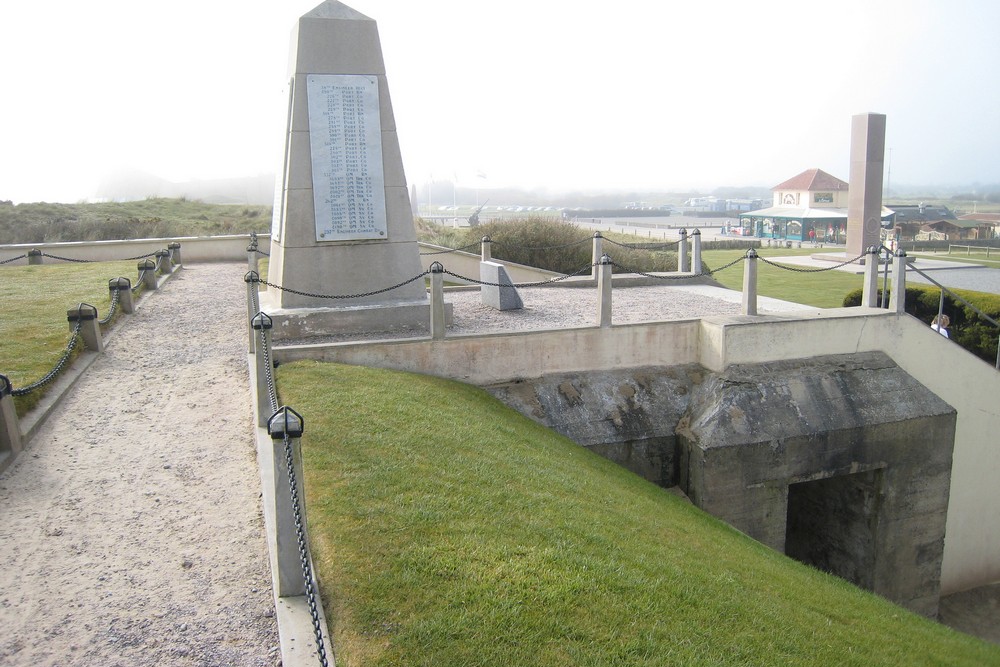 This memorial is located within a German bunker at Utah Beach and is in memory of the American Colonel Eugene Mead Caffey, commander of the 20th Engineer Regiment. He was the first Army colonel to reach the beachhead. He later became the commander of the Utah District for five months.