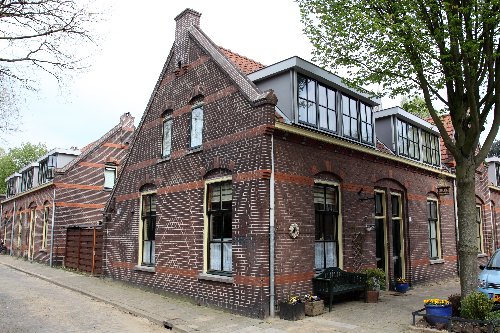 During the Battle of Arnhem general Urquhart was investigating the situation at the battlefield in person, together with brigadier Lathbury and captain Taylor. When lieutenant Cleminson saw that the officers headed towards the Germans, he tried to warn them. Shortly later, Lathbury became wounded. The four got into the house at Alexanderstraat 135, When a German appeared in front of the window, Urquhart shot him. Lathbury was left here and the other three got shelter in a nearby house at Zwarteweg 14.