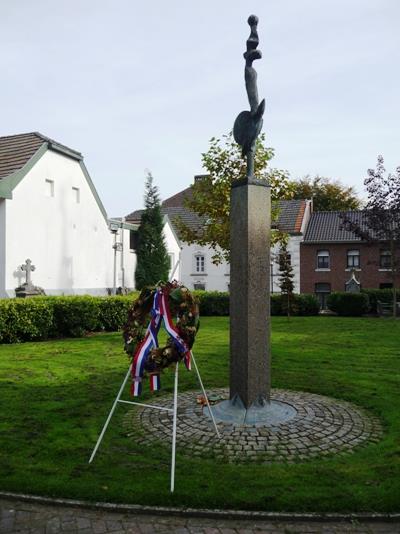 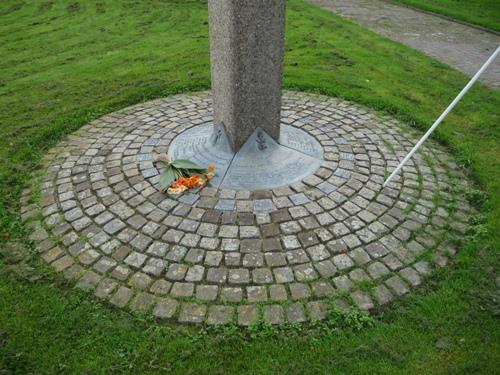 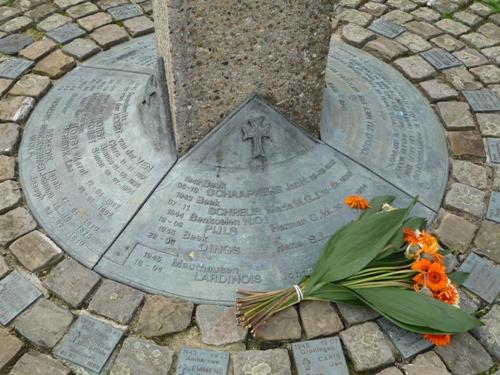 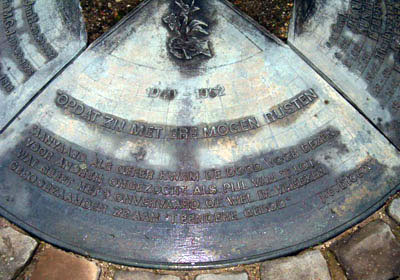 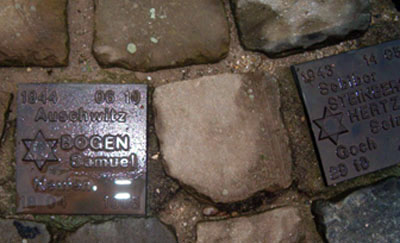 In the garden of St. Martins Church, this memorial, named "The Unbreakable", in the form of a bronze statue of a man who figures determination and strength. The statue was placed on a pillar of concrete. On the column is an image of a Jewish star and a cross. At the foot are four bronze plaques affixed. To the pile over there are 24 bronze tiles with names of victims who died by the atrocities of the Holocaust.

The four plaques to the foot of the pillar into the ground contains the names of war dead from nineteen Beek. The plaques in 1984 added to the monument.
The cross is not only a symbol of the Christian faith, but also recalls the sacrifice that the war victims brought to a life in freedom.

After a prosperous march through northern France and Belgium were the Americans of the 30th Infantry "Old Hickory" succeeded in most of South Limburg to liberate. On 19 September stagnated the U.S. advance in southern Limburg, a few kilometers north of Sittard. The occupier had been in two allegation bridgehead means both on the western Meuse banks in North and Central Limburg as in the area between Roermond and Susteren, bounded by the Ruhr and the Meuse (the "Ruhr-triangle"). The frontline was now cut across Limburg. In the ensuing months was created in this area a heavy and bloody struggle, in which the population suffered heavily.