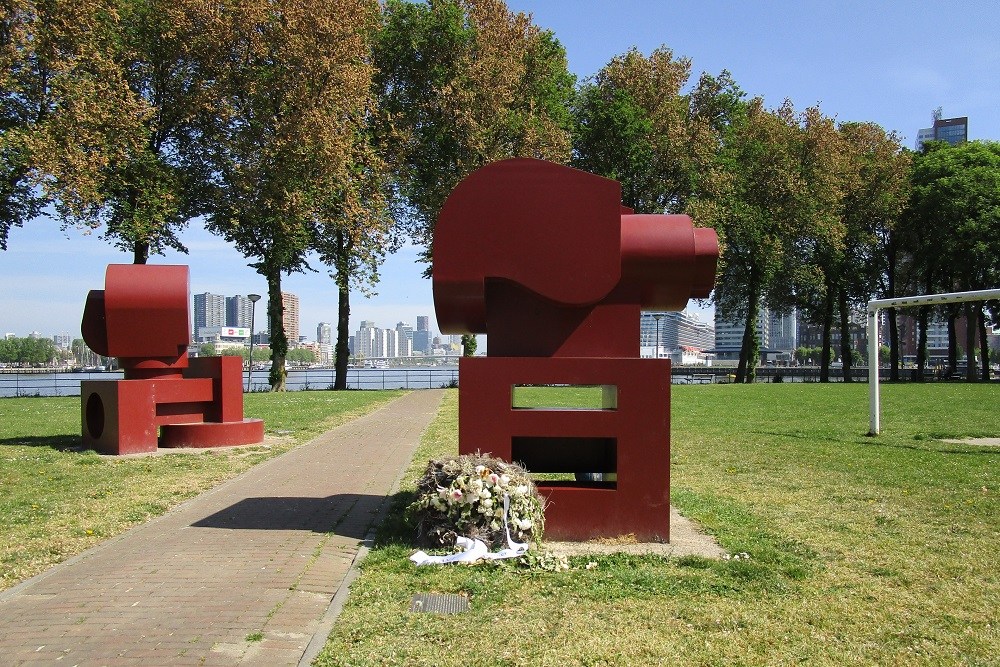 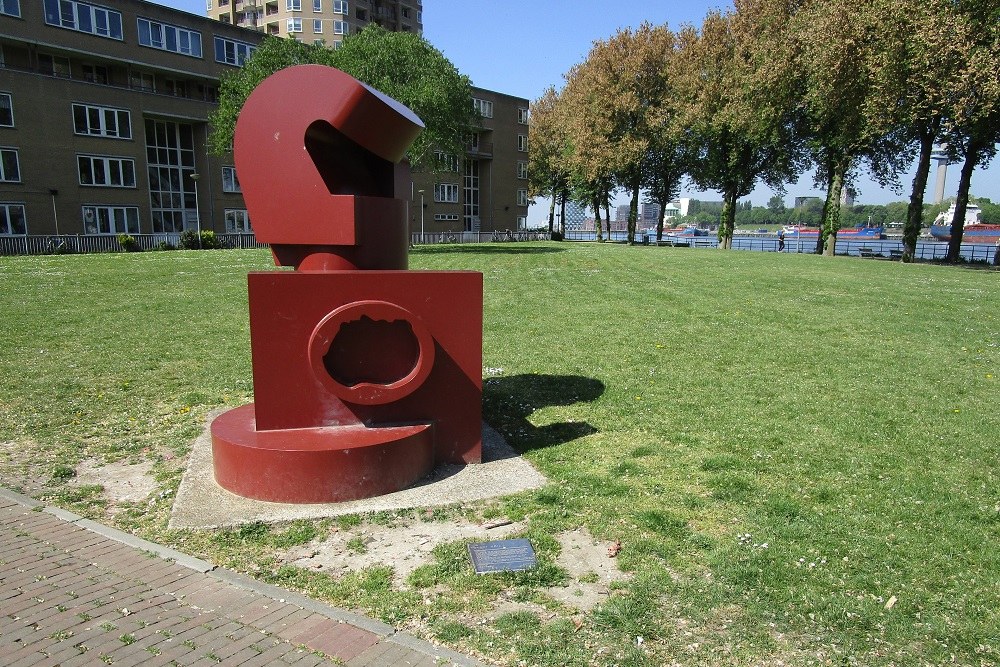 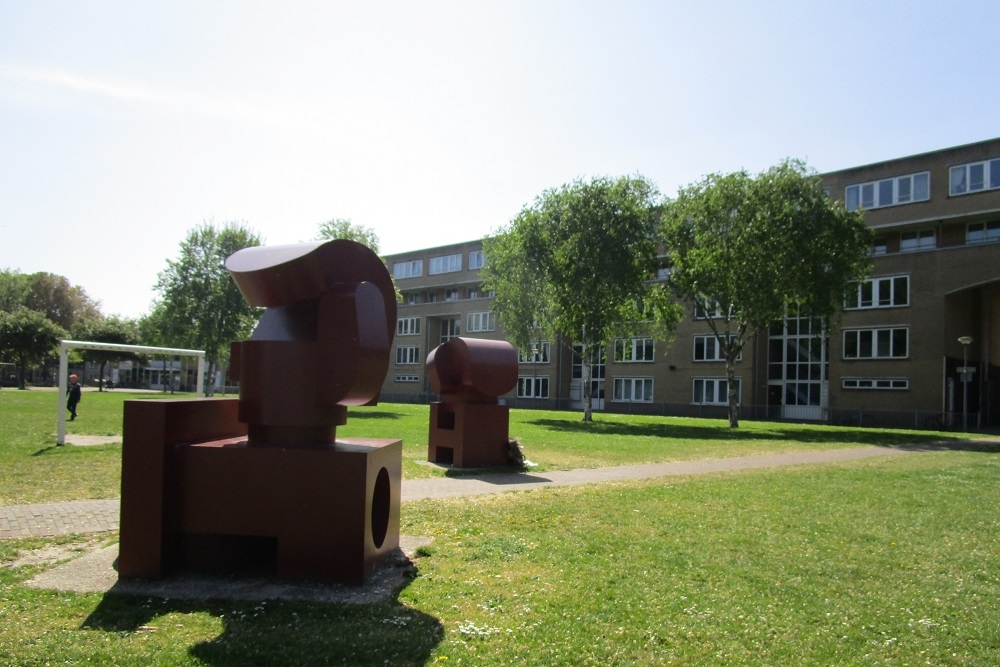 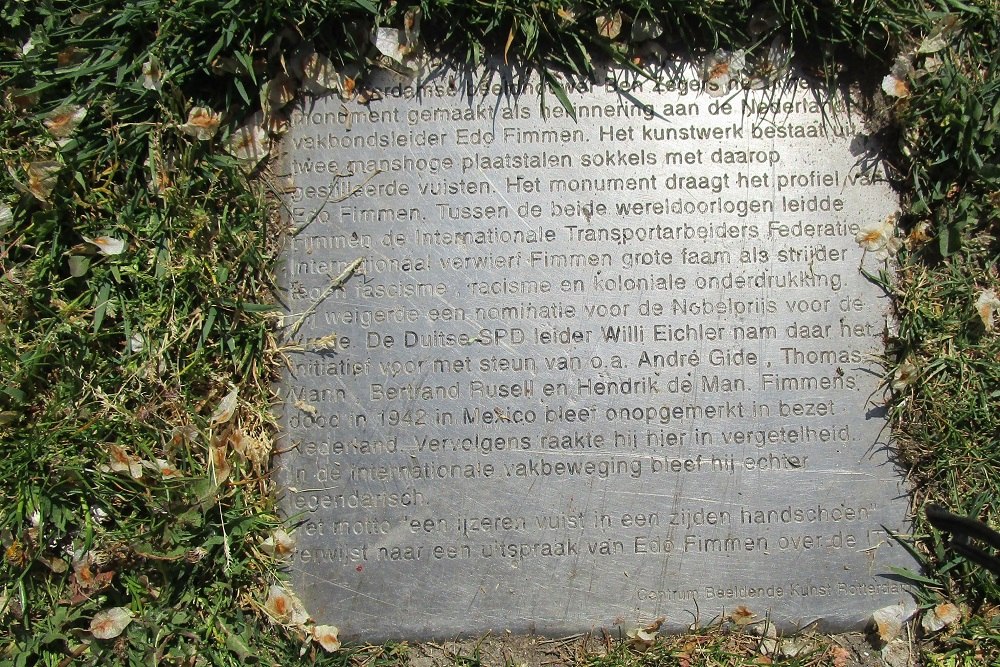 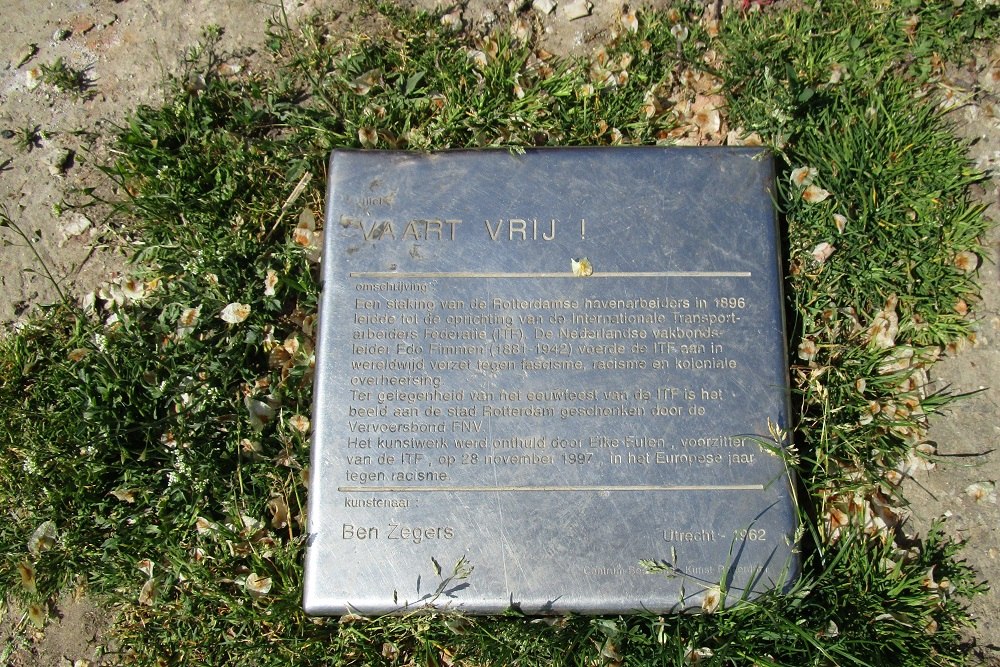 Edo Fimmen was between the two world wars, the secretary of the ITF and thus occupied a very influential position in the international working world.
Edo Fimmen was a deeply socially conscious man. He organized after World War l food shipments to Austria, where the population starved.
His most important works include organizing the resistance in Germany against Hitler. In 1933 most of the German unions were trying to achieve with the Nazis. Edo Fimmen wanted to organize a general strike: "You might want to crawl away in shame." From the ITF office in Amsterdam Vondelstraat over a hundred resistance groups in Germany were organized.
Edo Fimmen died in 1942 in Mexico by a stroke.

There are two plaques in the ground at the monument. The text of the first plaque reads:

TAKE FREE!
Description:
A strike by the Rotterdam dock workers in 1896 led to the foundation of the International Transport Workers Federation (ITF). The Dutch trade union leader Edo Fimmen (1881-1942) led the ITF in worldwide resistance against fascism, racism and colonial rule.
On the occasion of the centenary of the ITF, the statue was donated to the city of Rotterdam by the Vervoersbond FNV.
The artwork was unveiled by Eike Eulen, chairman of the ITF, on November 28, 1997, in the European Year Against Racism.

The text on the second plaque reads: (shortened)

This monument is made as a reminder of union leader Edo Fimmen. The artwork consists of two man-high steel plinths with stylized fists ...
... The motto "an iron fist in a silk glove" refers to a statement by Edo Fimmen about the ITF