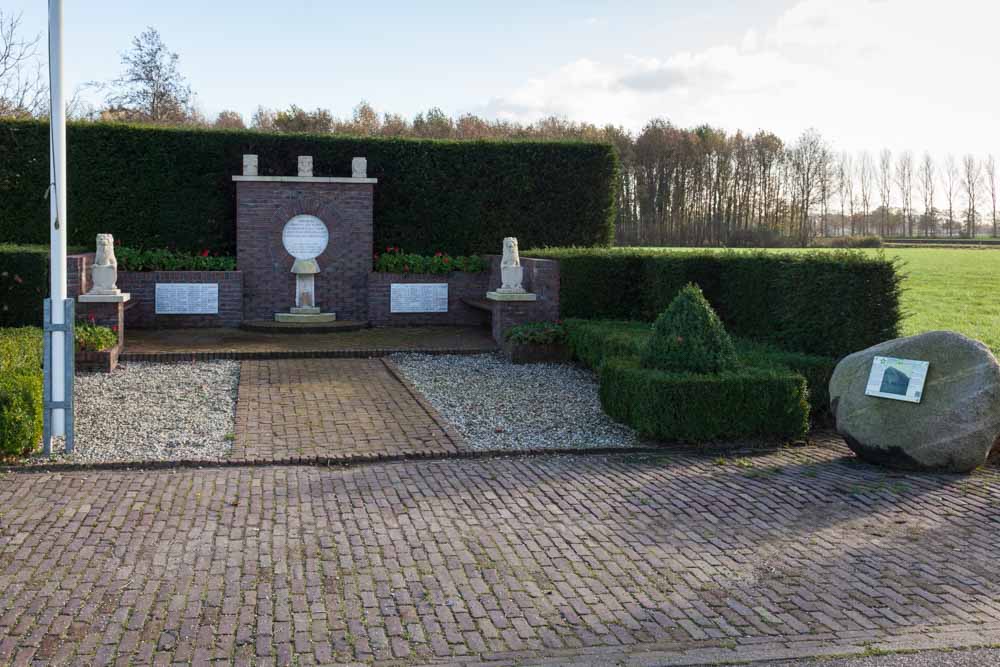 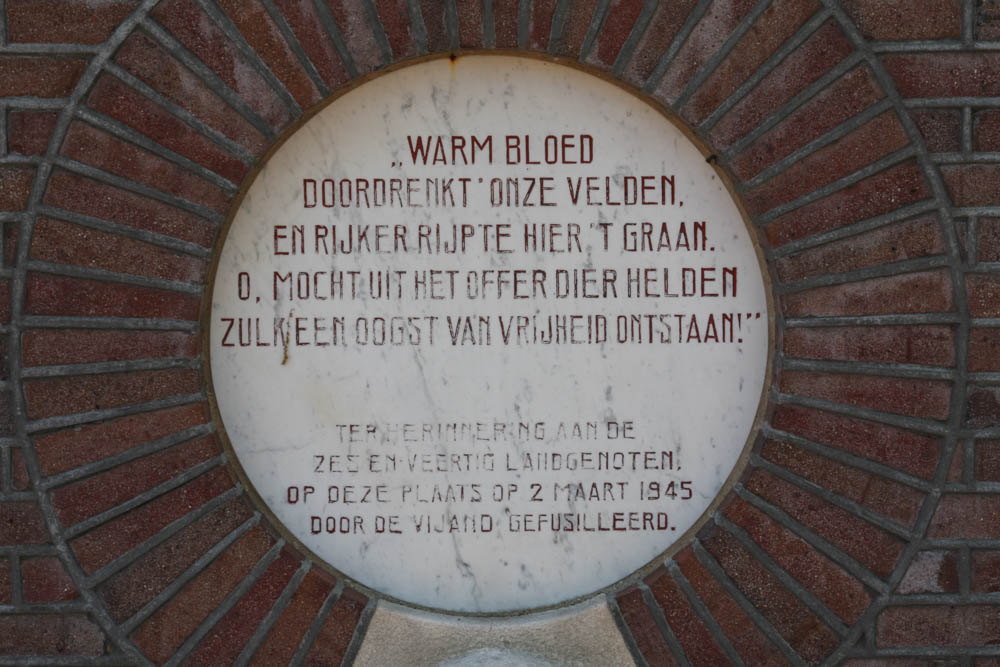 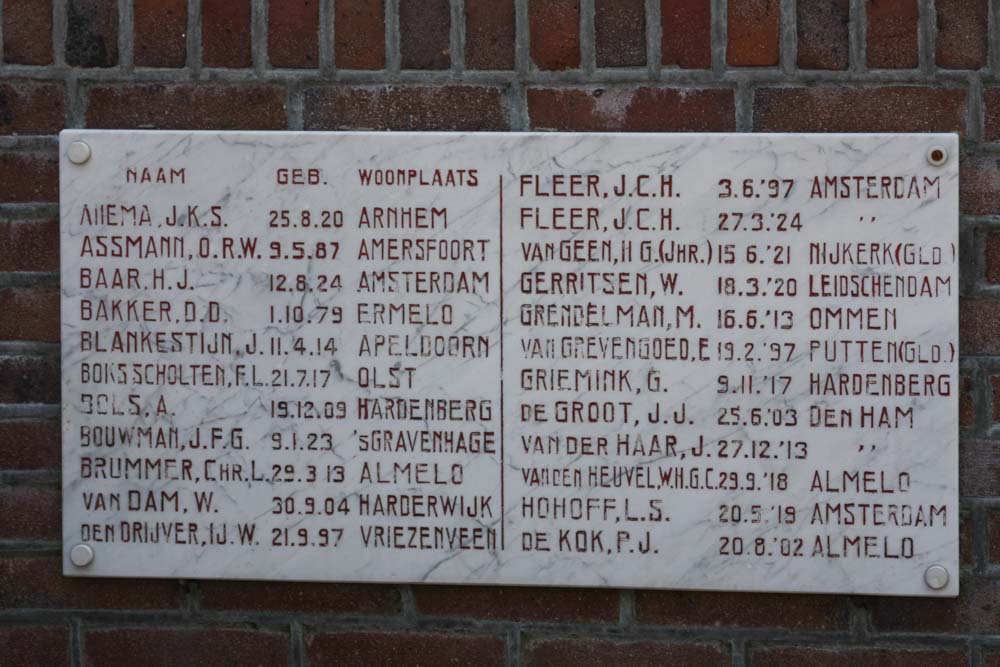 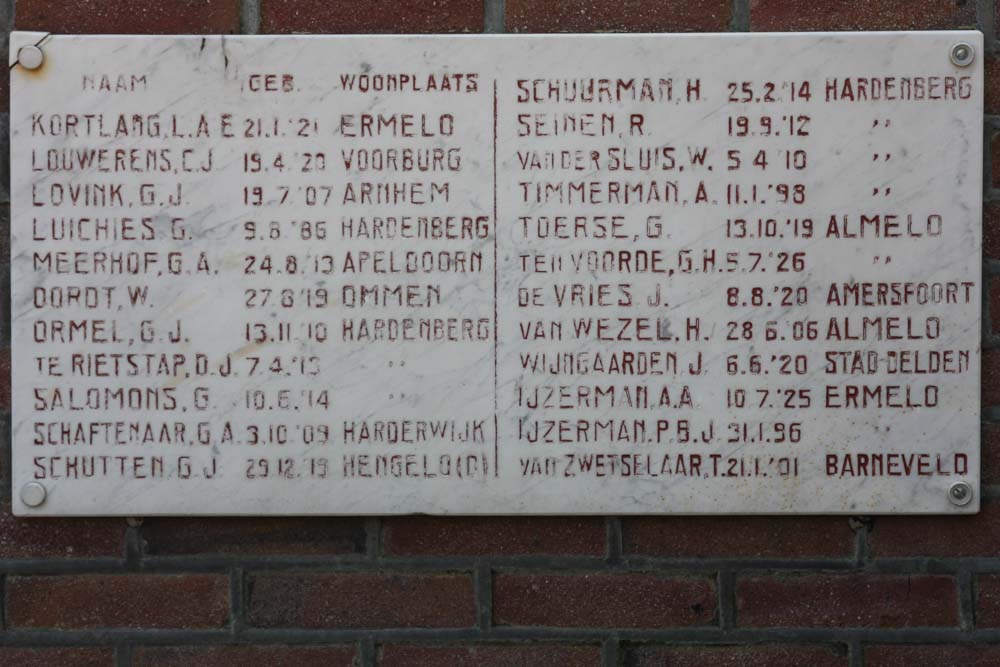 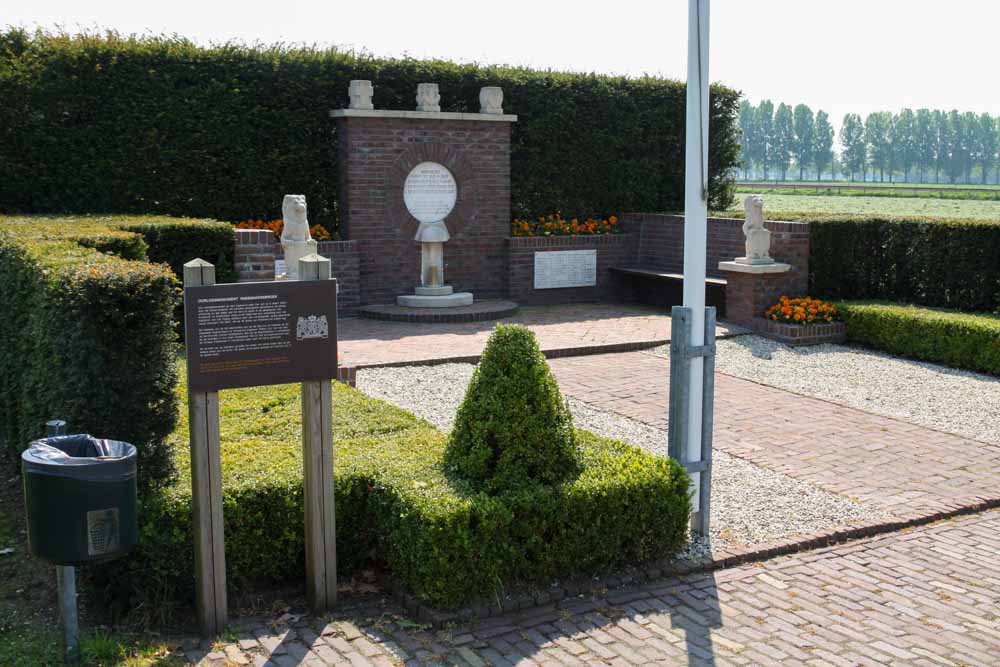 A war memorial at an unexpected location: On march 2nd 1945 the German occupier executed 46 political prisoners here by a firing squad. They came from all over the country and were kept in the "Kruisberg" prison at Doetinchem. This brute action was a revenge for the liquidation of four German soldiers by a resistance group, which operated from "de Bark" farmhouse on the border between Dinxperlo and Aalten.

At he spot of the liquidation grew the corn that year higher than elsewhere in the field. This corn has been harvested separately and is kept in the bell-glass.

Every year on march 2nd at 12:00 hrs, a solemn commemoration is held at this special location at the Rademakersbroek. For more information the town hall can be contacted.