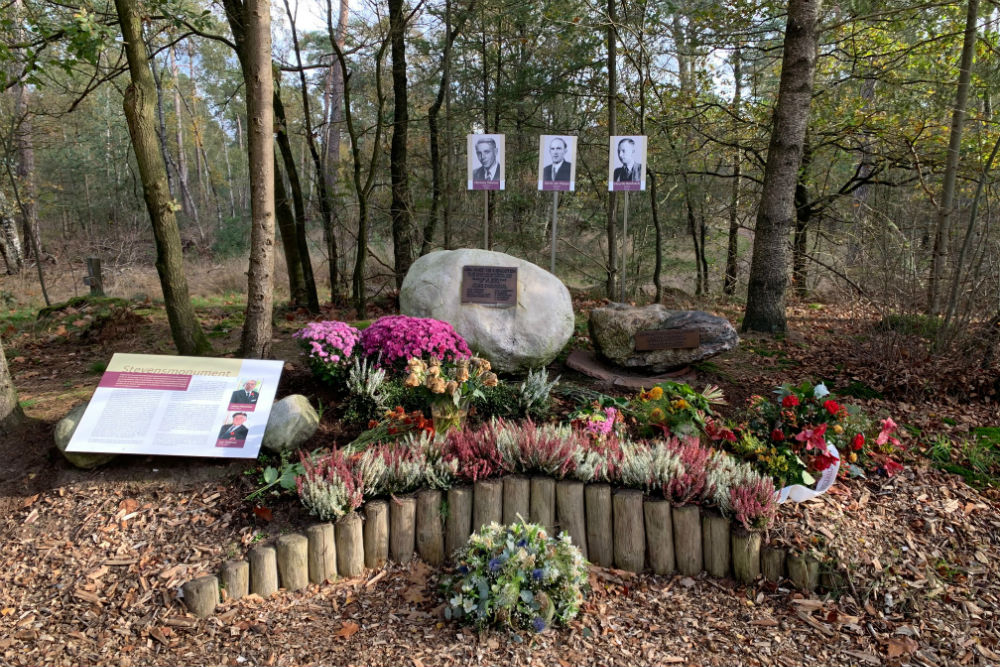 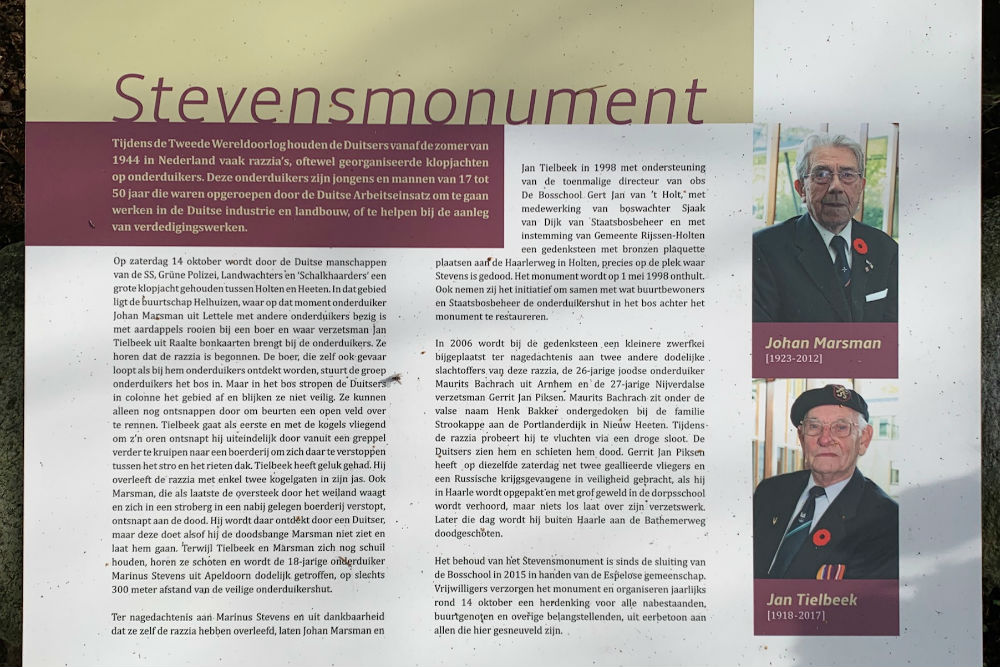 In the woods near Holten these boulders were placed in memory of three victims who were murdered by the Germans during the raid on 14 october 1944 during the Second World War.
The victims were Marinus Stevens, Resistance Fighter Gerrit Jan Piksen and the Jewish Maurits Bachrach.