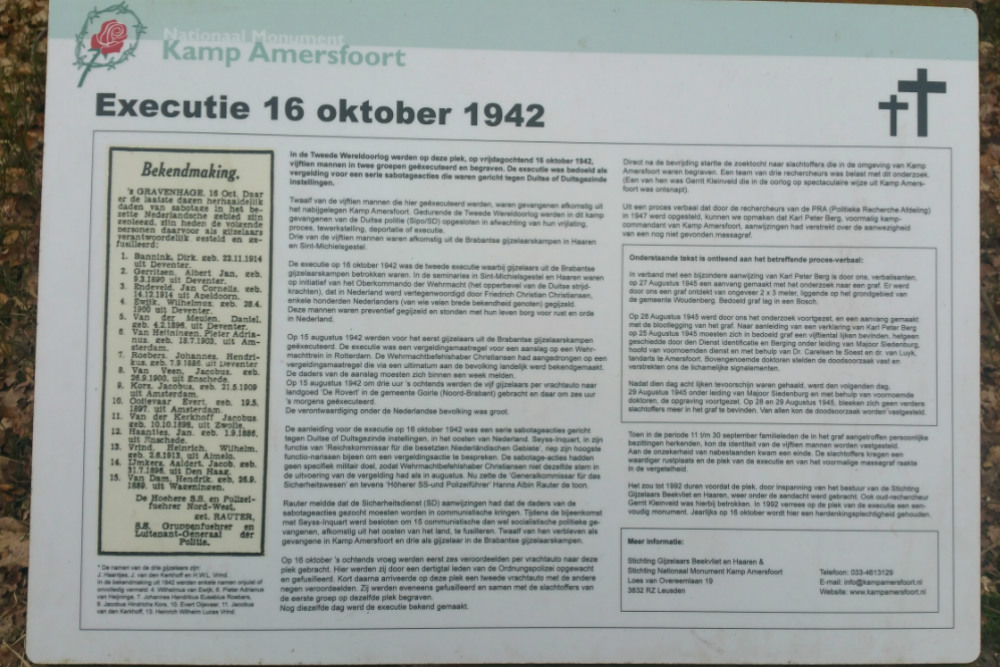 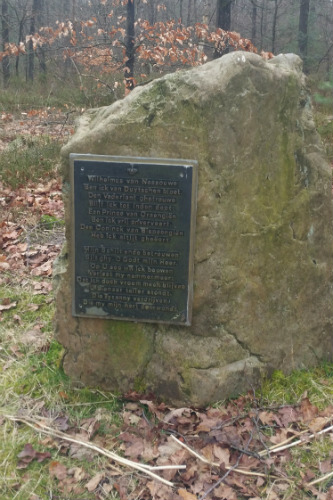 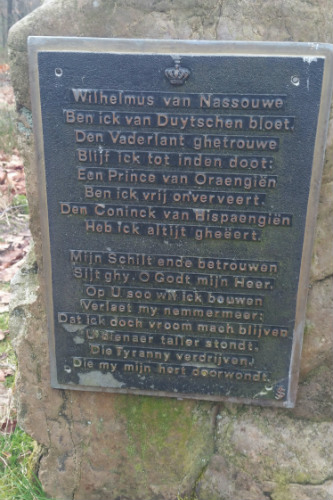 This monument, in the woods, commemorates fifteen people who were executed by the Germans on this location on 16 October 1942.

The execution on October 16, 1942 was the second execution involving hostages from the Brabant hostage camps. The reason for this execution was a series of acts of sabotage directed against German or pro-German institutions in the east of the Netherlands, without any specific military purpose.

The Sicherheitsdienst (SD) had indications that the perpetrators of the sabotage actions had to be sought in communist circles. During a meeting with Reich Commissioner Seyss-Inquart it was decided to shoot 15 communist or socialist political prisoners from the east of the country.

Immediately after the liberation, the search for victims who had been buried in the vicinity of Kamp Amersfoort started. Karl Peter Berg, former camp commander of Kamp Amersfoort, had provided clues about the presence of a mass grave not yet found.

After identification by the family, the 15 victims were given a more dignified resting place and the place of the execution and of the former mass grave was forgotten. It would take until 1992 before the place was brought back to the attention, through the efforts of the board of the Stichting Gijzelaars Beekvliet en Haaren.

In 1992, a simple monument was erected on the site of the execution. A memorial ceremony is held here annually on October 16. The monument is located on the territory of the municipality of Woudenberg, but close to the Pyramid of Austerlitz.