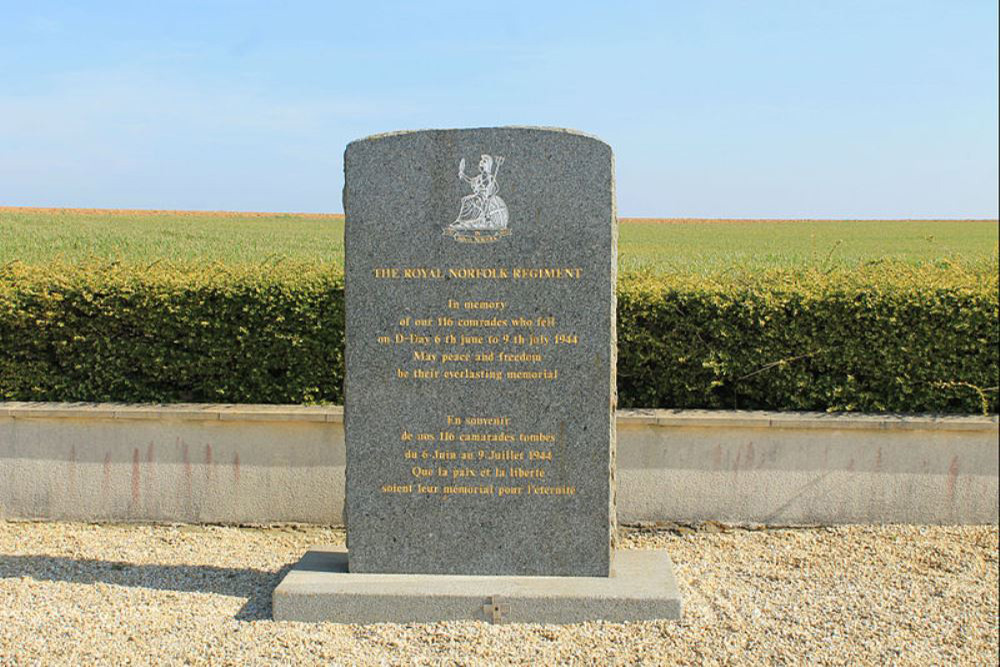 Following the initial assault on Sword Beach at 0725 hours, 185th Brigade would land at H+2 hours. Being part of this follow-up Brigade, 1st Battalion, Royal Norfolk Regiment would pass through the village of Hermanville and concentrate south of Colleville-Montgeomery. Because the capture of HILLMAN by the 1st battalion, The Suffolk Regiment caused serious delay, the 1st Battalion, Royal Norfolk Regiment was forced to make a wide detour around this German stronghold. A and B company, who lead this flanking maneuver, was fired upon by German machine guns from this position and sustained casualties. Eventually, with the remainder of the battalion who took a even wider detour around the left flank, they together attacked another German strongpoint, on the map known as ROVER. This stronghold was dominated by a single building and soon this soon became known as 'Norfolk House'. The Battalion Headquarters would stay for the rest of D-Day in this vicinity south of Hillman.