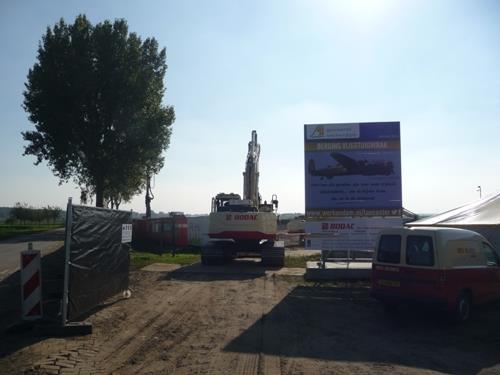 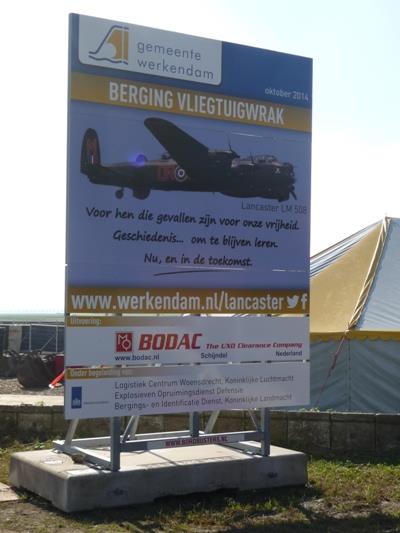 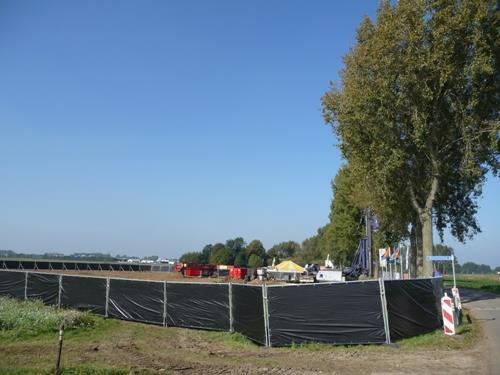 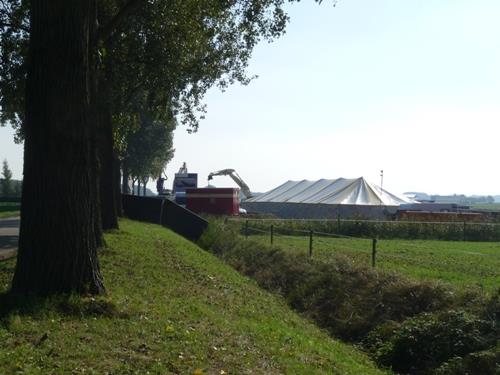 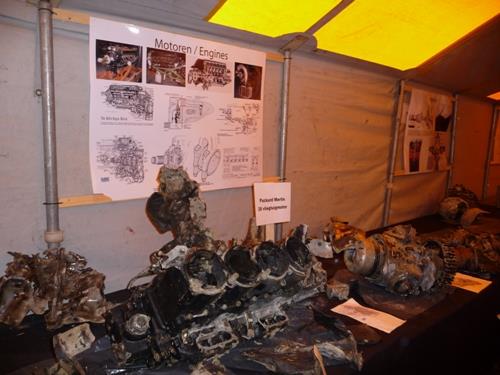 On 21 June 1944, Lancaster LM508 SR-P crashed on this location. Of the eight crewmembers, two were killed. The other crew members were taken prisoner.
On 26 September 2014 the government has started with the cleanup of the wreck. During the cleanup, there were two open days for the public, on 25 October and 1 November 2014. After a few weeks of digging, many parts of the Lancaster ((a propeller blade, a part of an engine block, a fire extinguisher, bullets, a dingy, a parachute and metal parts) were found already.
On 17 October 2014, humain remains were found. DNA-identification confirms that it is Sgt. John Edward Keogh. He is buried in Werkendam in June 2016.