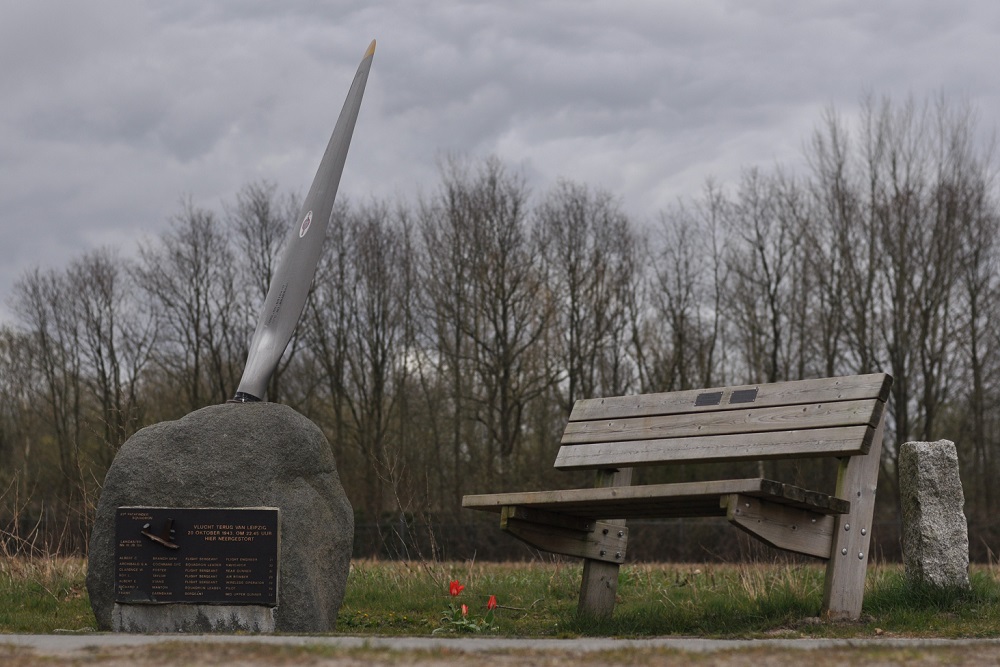 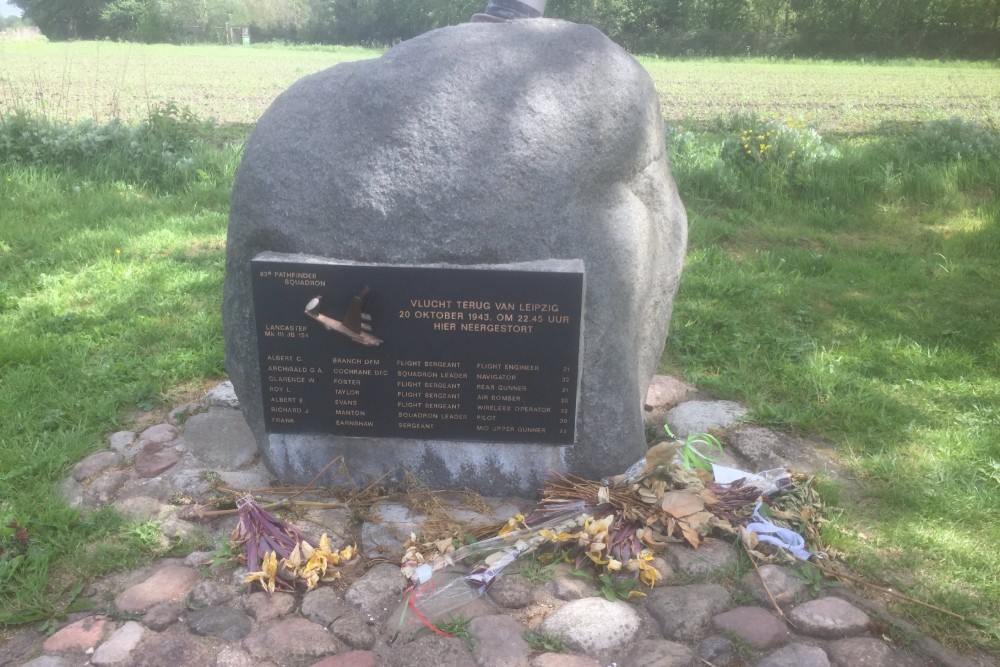 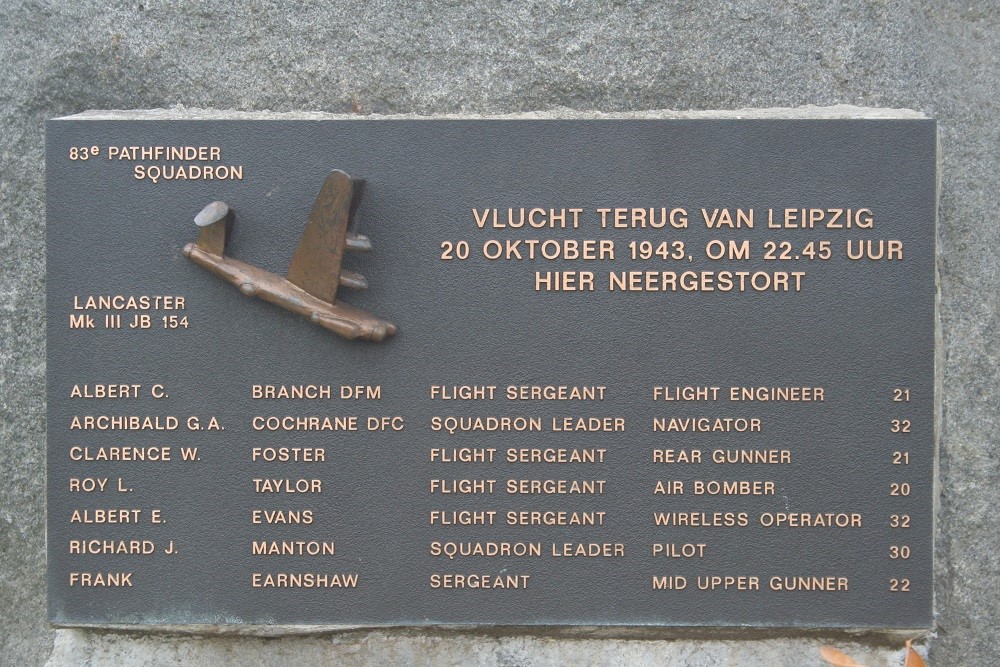 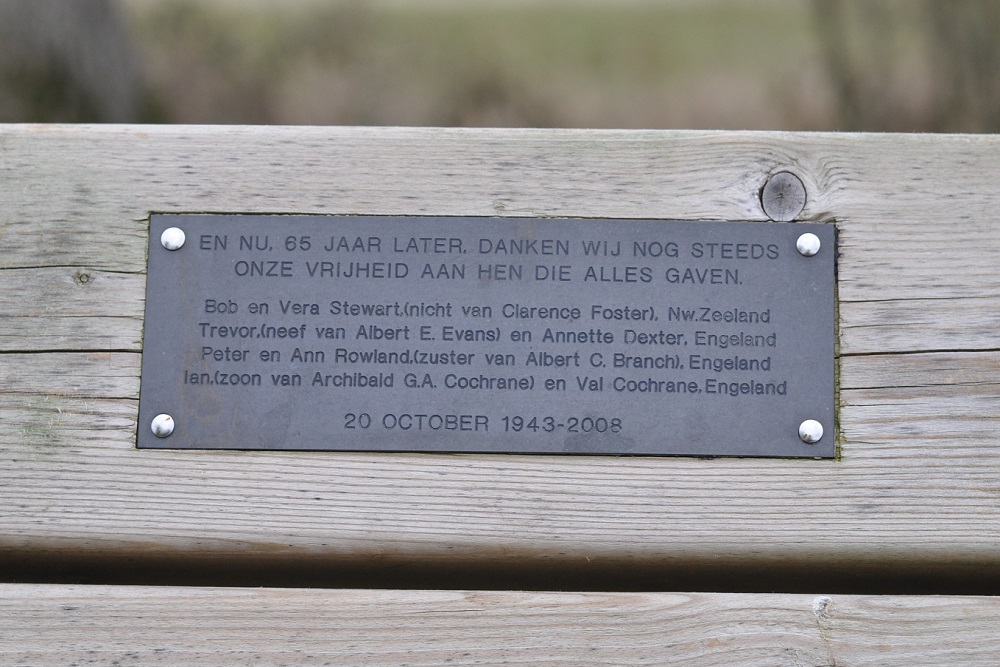 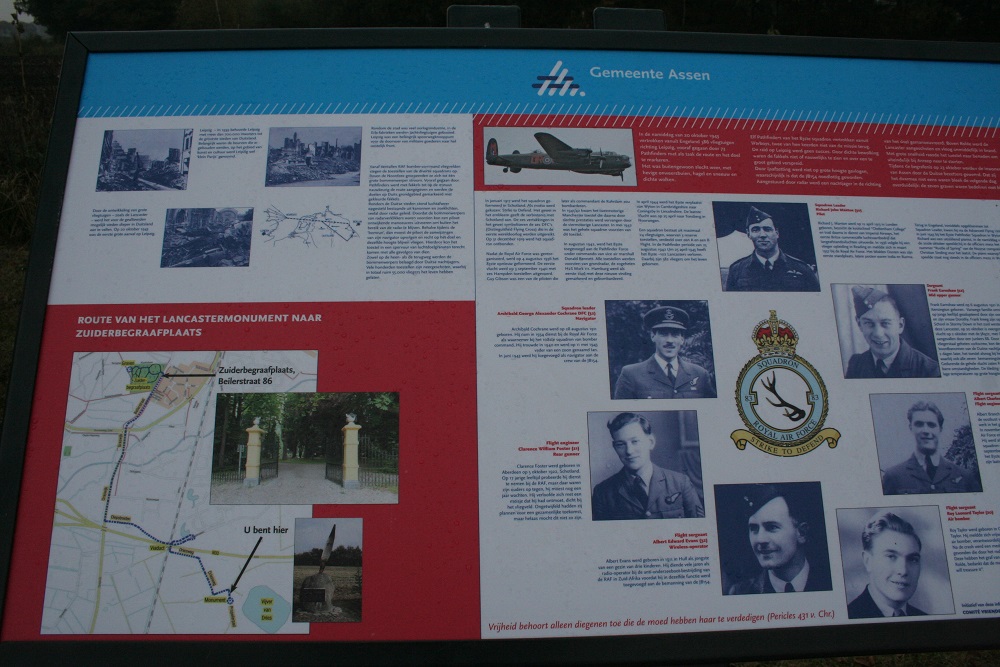 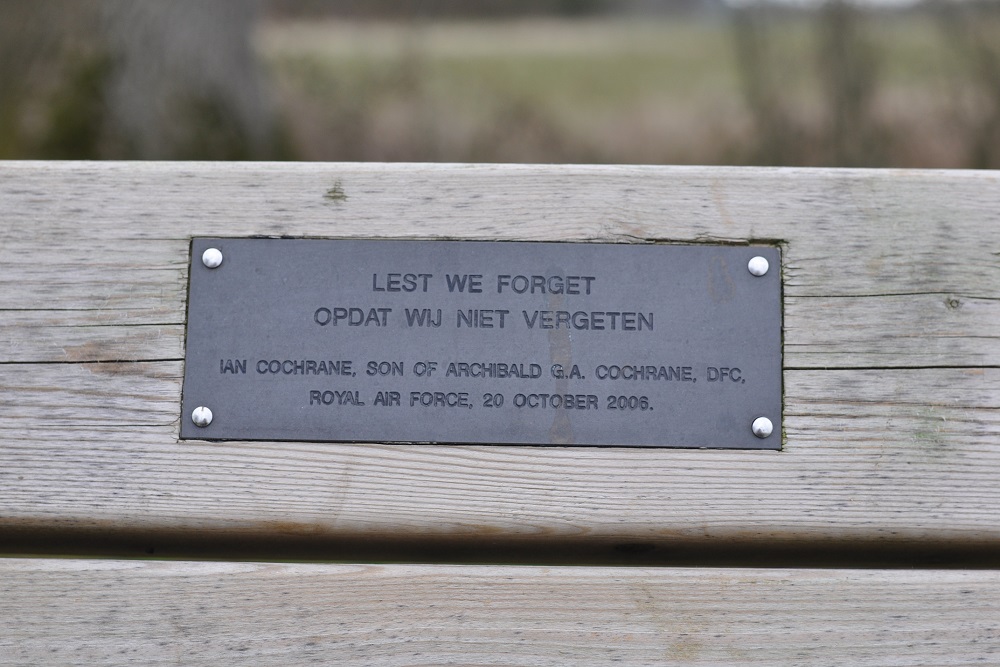 This Memorial was revealed in 1999 on the place where on 20 October 1943 a Lancaster crashed of the 83rd Pathfinder Squadron of the RAF. The revealing was attended by families of the crew. That happens every year at that date. A Lancaster of the BBMF (Battle of Britain Memorial Flight) came especially from England to give a salute to the fallen crew with a flypast over their graves and three passes over the memorial.

We know since recently who shot the airplane: Heinz Vinke, from the airfield Bergen with an Me 110. It was his 25th casualty in a total of 54. A real ace.

More information about this you can read in the book of Johan Schuurman: airfield Bergen NH 1938-1945.

The monument exist from a large field clay, with on top of that a beautiful bronze plaque, which has engraved a crashed Lancaster. Of course the names of the crewmembers, flight goal (Leipzig) and the date. The overall is crowned by a propeller shaft. The original shaft was taken of by vandals. The monument got a new one from the RAF.

The crew members are buried on the Zuiderbegraafplaats.

The remebrance bench is a tribute to the Liberators who gave their lives 65 years ago, to our freedom of World War II. It was donated by the relatives of the crew of Lancaster JB154.