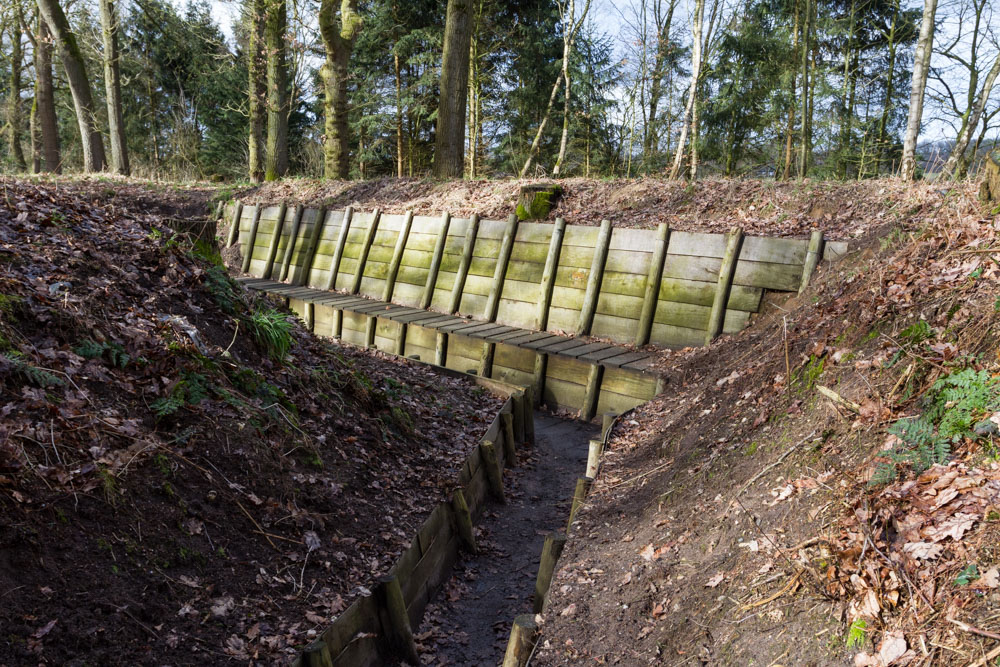 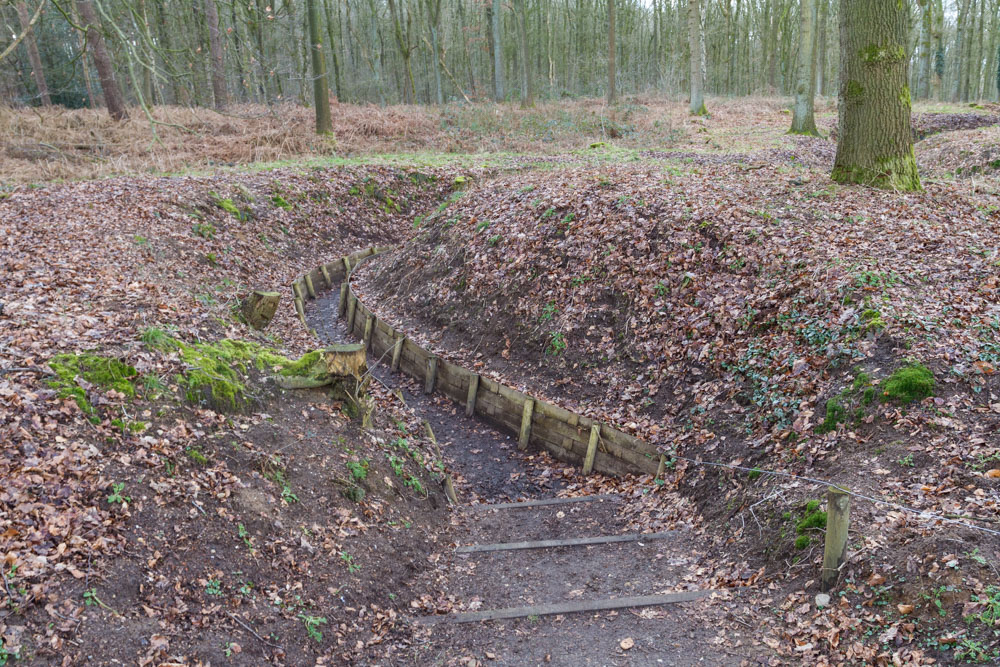 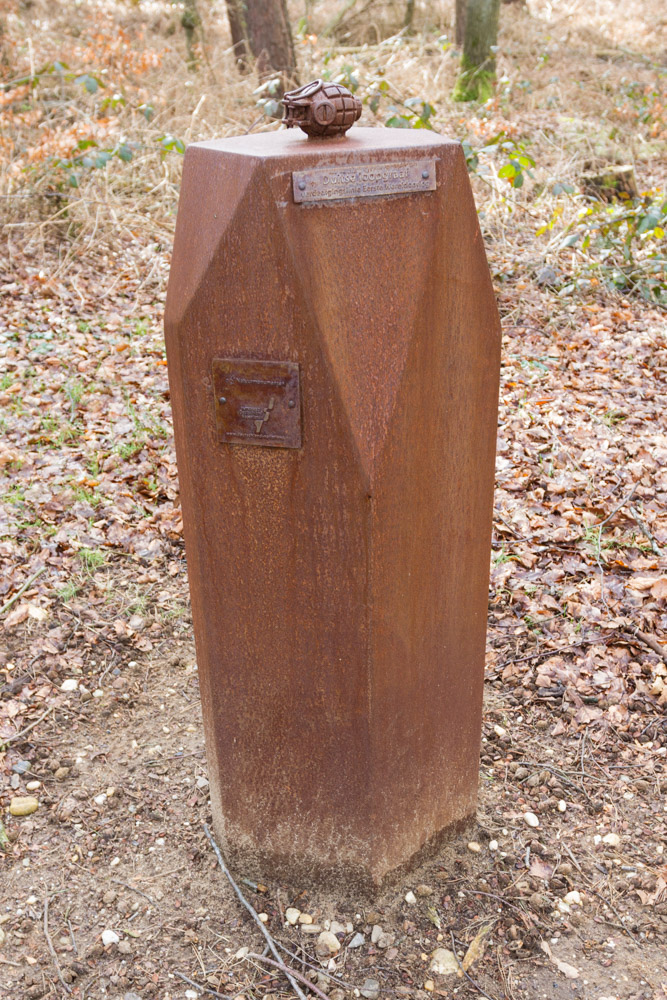 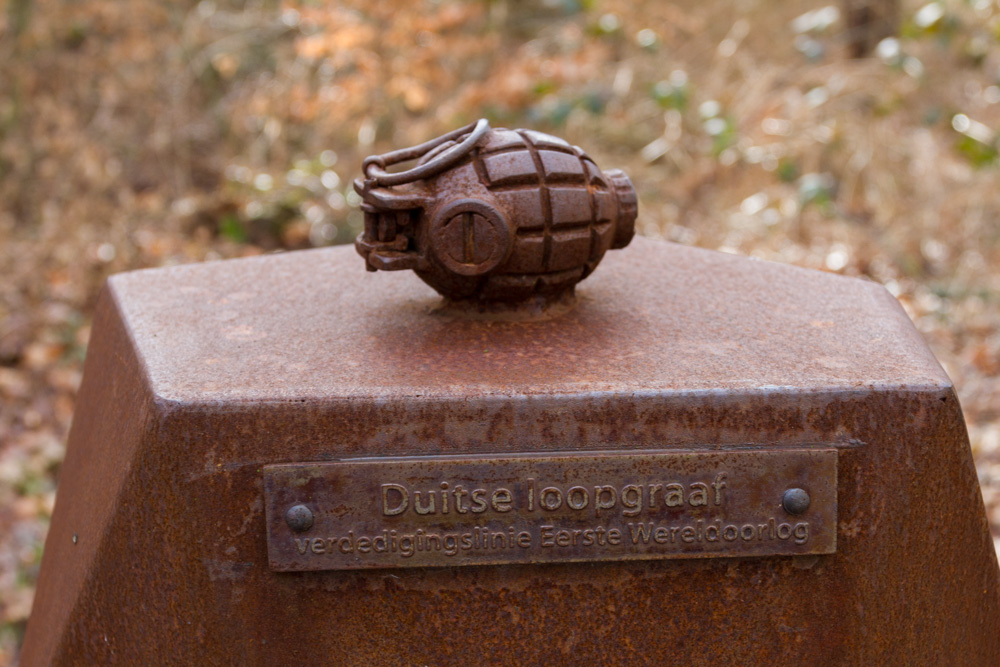 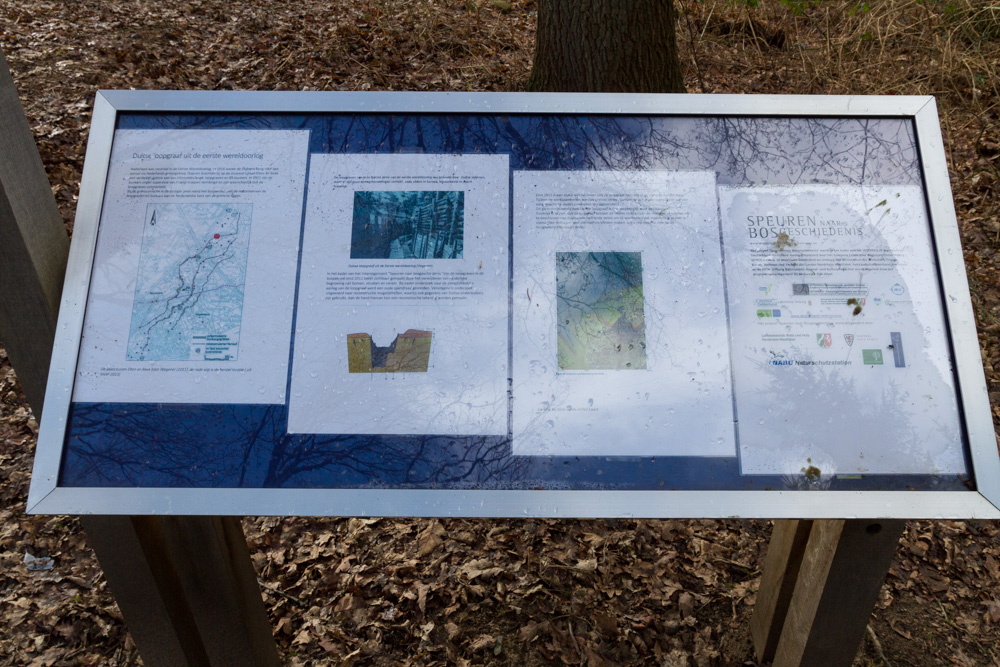 During World War One the Netherlands were neutral. In 1916 the Germans feared an attack via the Netherlands. They built a line of defense between Elten and Beek consisting of trenches and fortifications. In 1921 all fortifications were demolished. After the border correction in the sixties, the former line of defense became part of the Netherlands. In 2013 this part of the trenches was restored.The location is accessible via the hiking path from 't Peeske along the Peeskesweg.