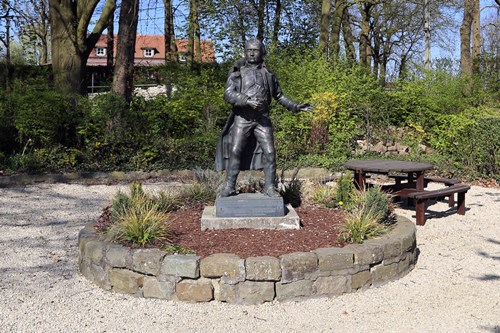 This bronze statue of Napoleon is located next to the carpark of the museum of Caillou. It was revealed in June 2002 and was a gift from the Prince of Cagani as a gesture between Napoleon and the Order of Malta, which Napoleon had dissolved on his way to the campaign of Egypt.

"Donated by the Knights of Malta in memory of the Italian and Polish soldiers who fought for the freedom of their country and the democracy under the Eagle of Emperor Napoléon I.
The work was made by sculptor Luigi di Quintana Bellini Trinchi Principal of Cagnano."