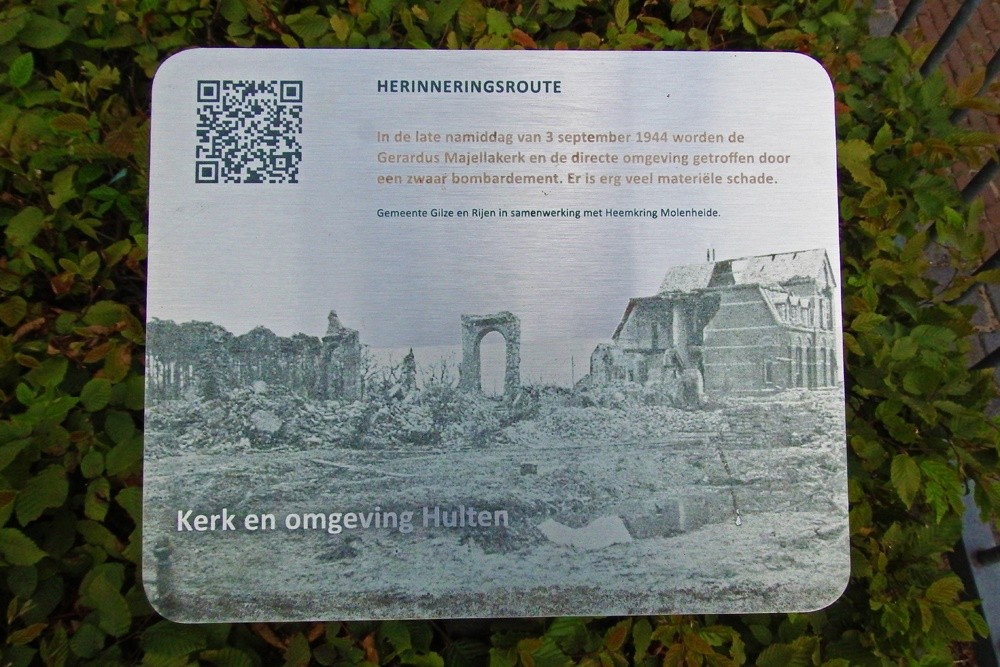 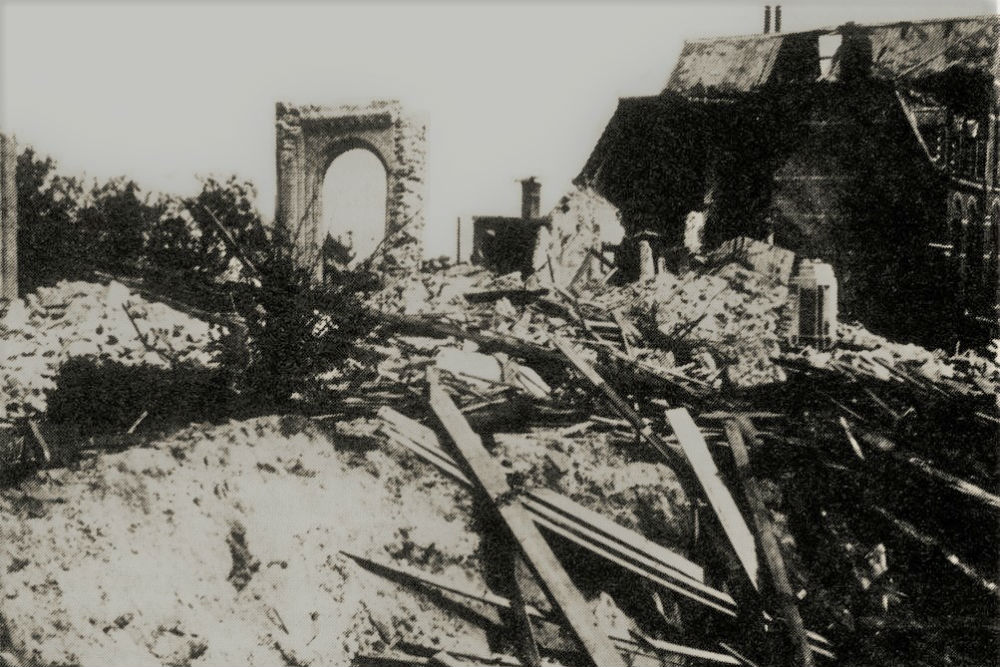 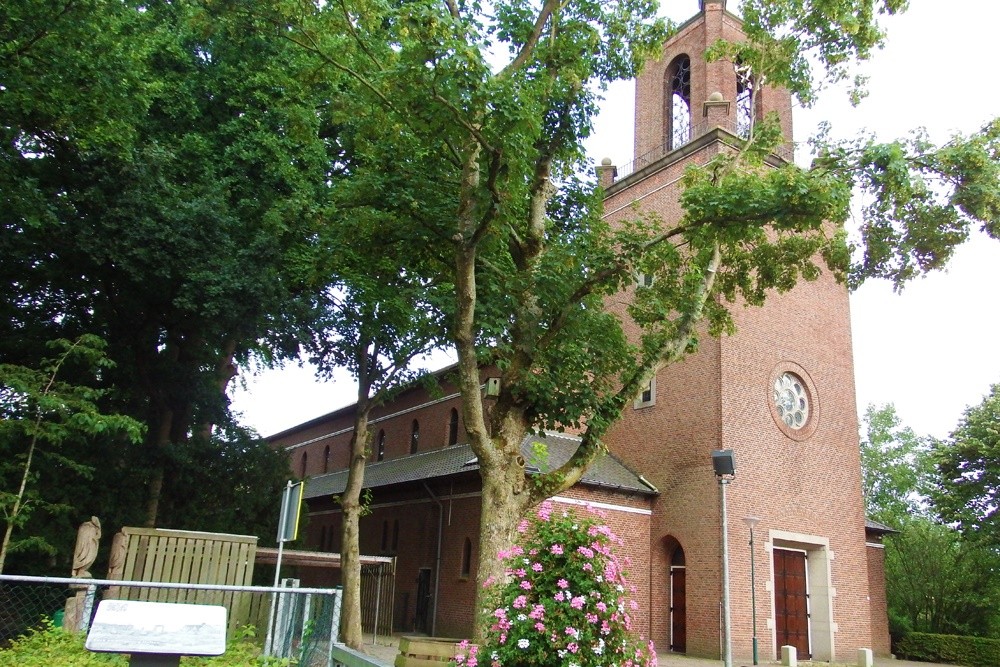 Sunday, September 3, 1944 ..
The first symptoms of the retreat of the Germans were also visible in Gilze. A few trucks, packed with suitcases and bicycles and men in between, arrived from Camp Prinsenbos through Gilze around noon.

Bombardment Sunday afternoon, September 3, 1944, approximately 5:30 PM. The sky is still cloudy but will soon clear up due to a strange natural phenomenon.

The airport sirens sounded around 3 p.m. and the alarm condition started. Even after some thirty Thunderbolts flown eastward had long since returned, they continued. At about 5:00 pm, a widespread procession of passing Lancasters and Halifaxes began from the west. When the heavy batteries opened fire on them, wondrous lighting effects occurred: vertical bands of light moved through the air at great speed!

Then dirty yellow sand pillars appeared from the landing area. A Halifax flying alone must have dropped his bombs there, accompanied by hundreds of flares of light that flickered nearby that moment. Soon it was raining heavy bombs, many series of four-engined, with the 'shower' slowly moving westwards to the vicinity of the Junkerhal. The attack lasted fifteen minutes.