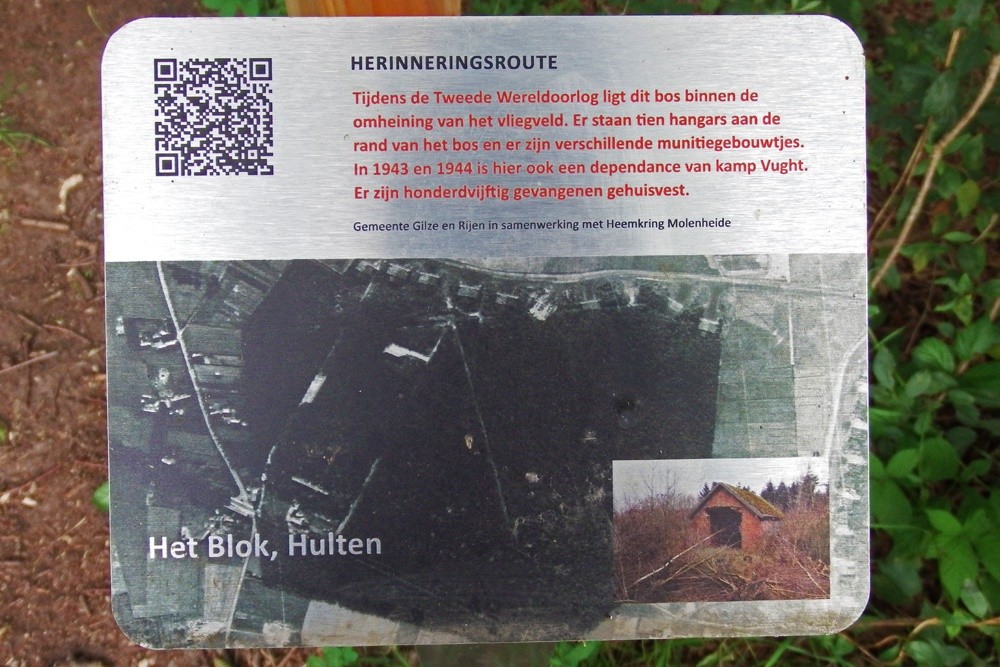 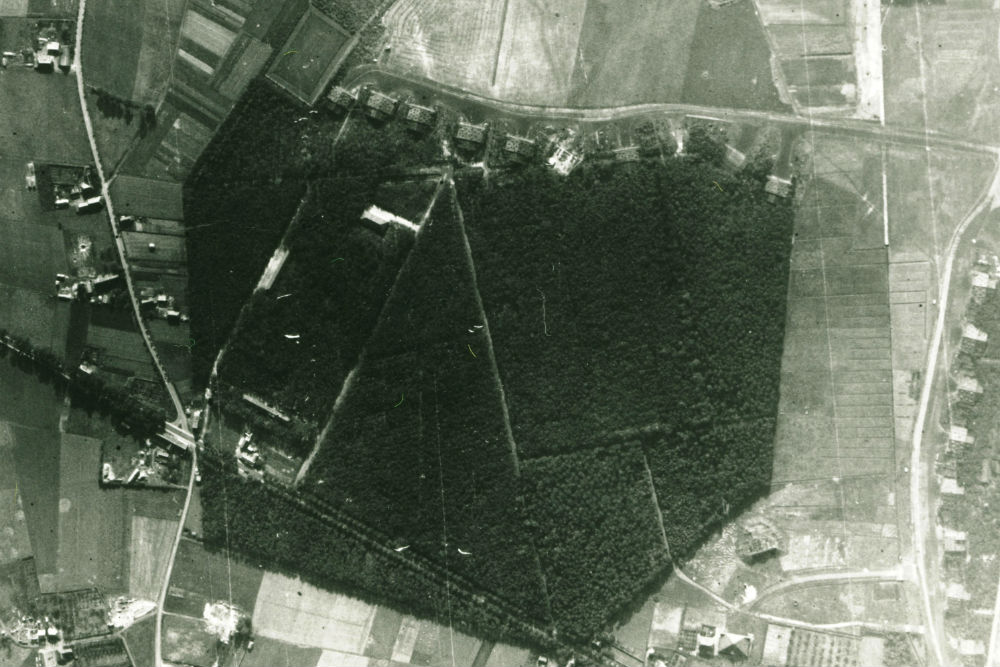 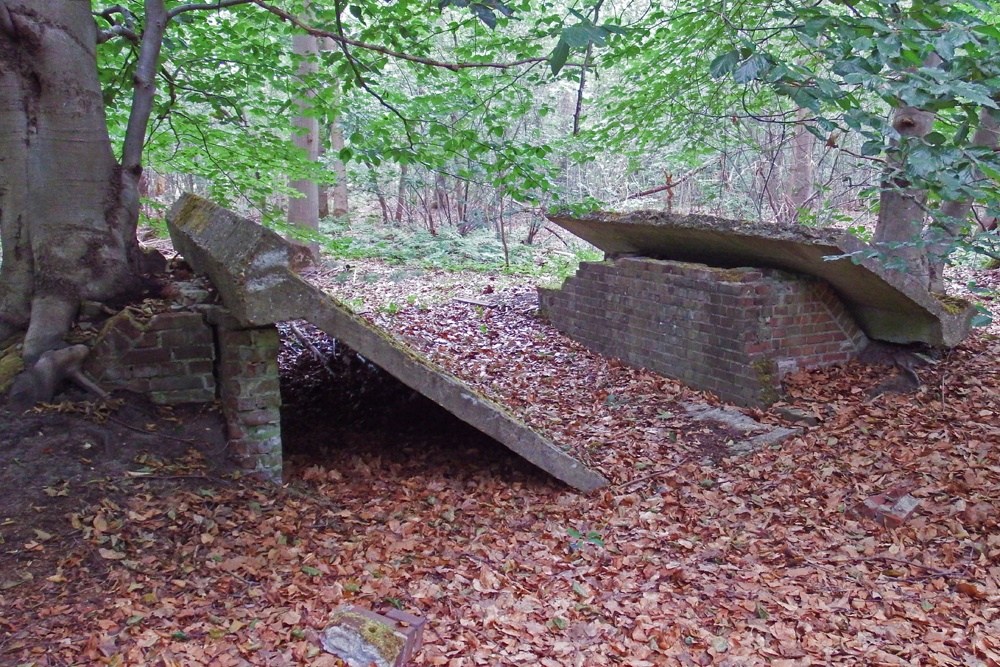 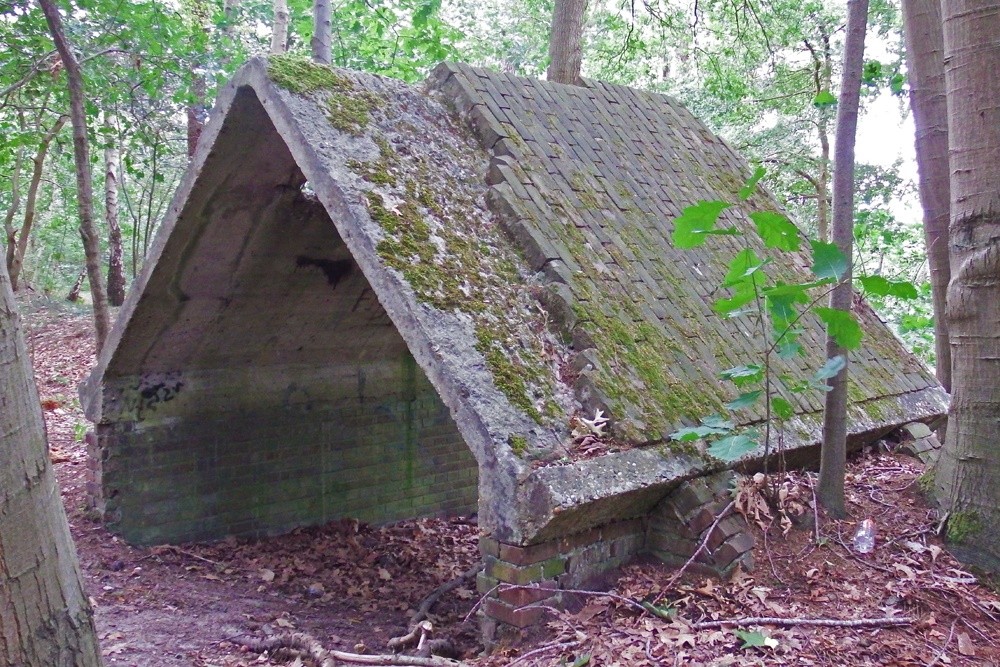 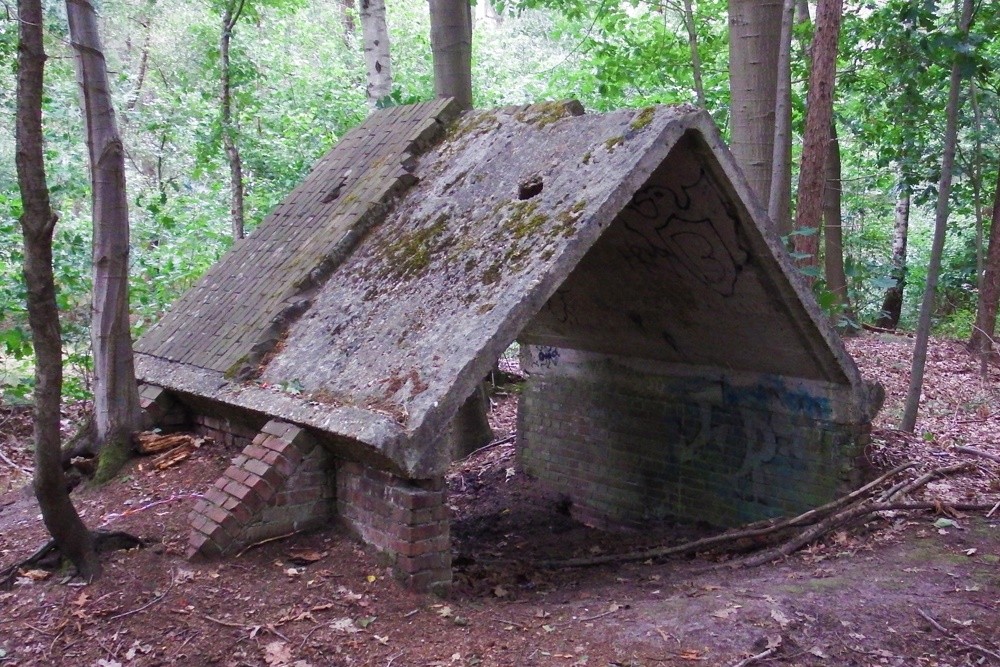 A forest where a lot happened during the Second World War. Now the forest is freely accessible, but during the war it belonged to the airport. Shortly after the outbreak of the war in 1940, the occupiers started building the 10 hangars on the edge (south side) of Het Blok. The hangars can already be seen on aerial photos from 1 October 1940. The hangars were lined up from east to west. To the south of the hangars was a roller conveyor to which they all connected. This roller track again connected directly to the head of the east  west runway.

The rest of the hangars remained largely intact until almost the end of the war. Probably blown up by the Germans just before Dolle Dinsdag (5 Sept. 1944). Scattered here and there, there were also various storage places for ammunition in Het Blok. Remains of various storage sites are still visible.
There is also a remnant of an air raid shelter for men in Het Blok.