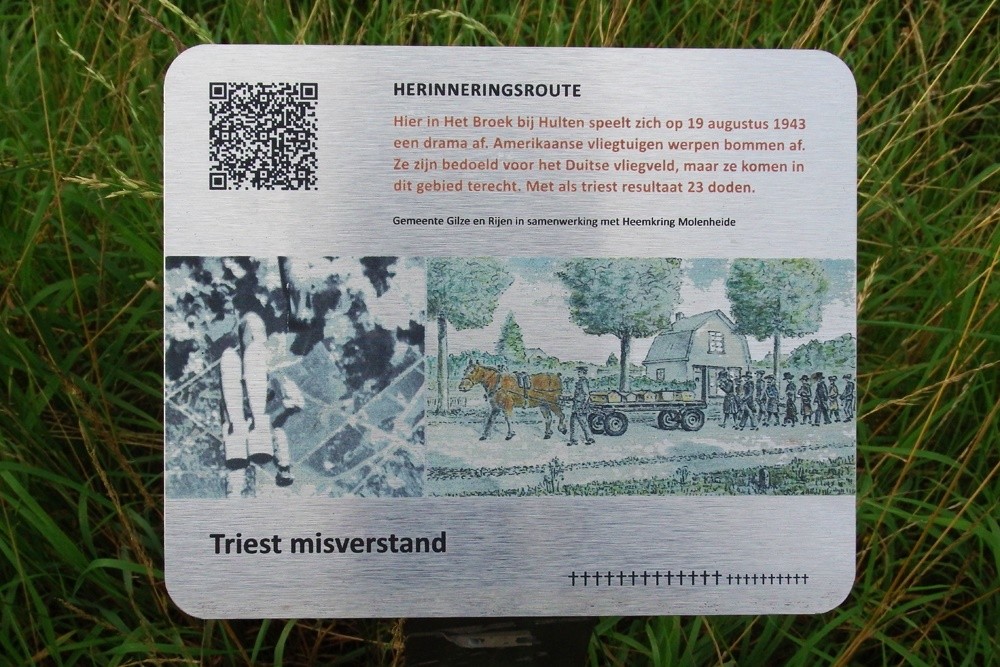 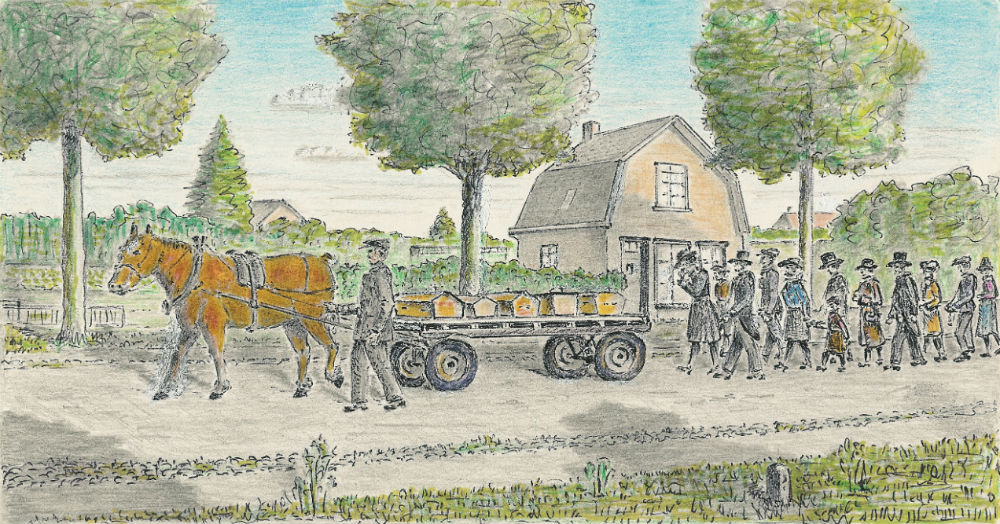 
BOMBARDMENT BY AMERICANS IN HET BROEK BY MISUSE

On August 19, 1943 a drama took place in Het Broek in Hulten. Bombs were dropped from American planes that ended up on Hulland, not on the German airport, but on arable land. Immediately resulting in fourteen deaths. Shortly after arriving at the hospital, another six adults and two children died. Two more children died two days later. In Tilburg, twelve adults and four children stayed in the hospital and five adults and three children went to the hospital in Breda.