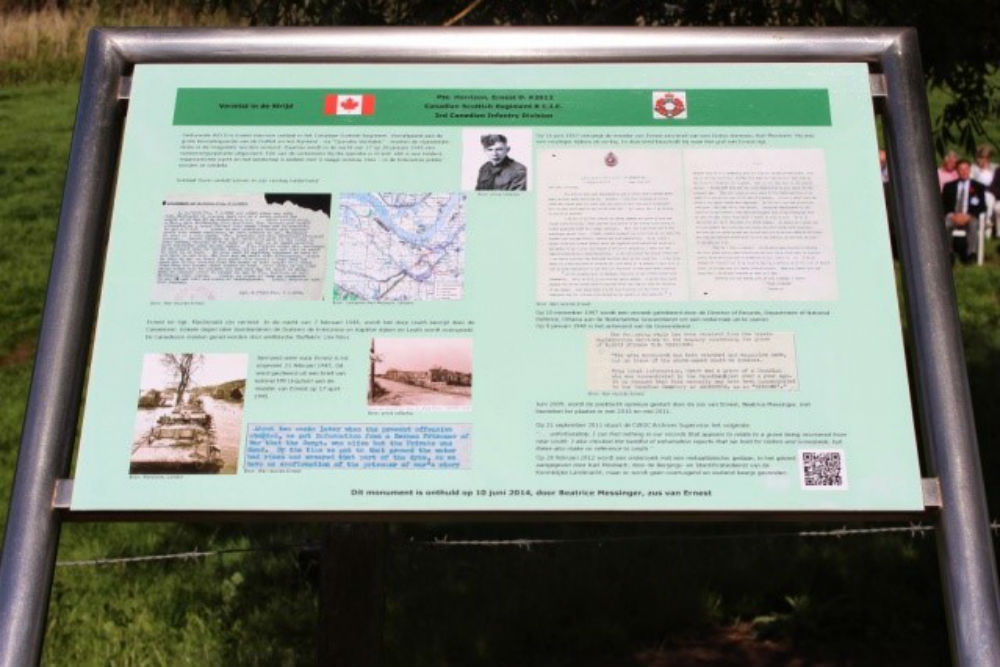 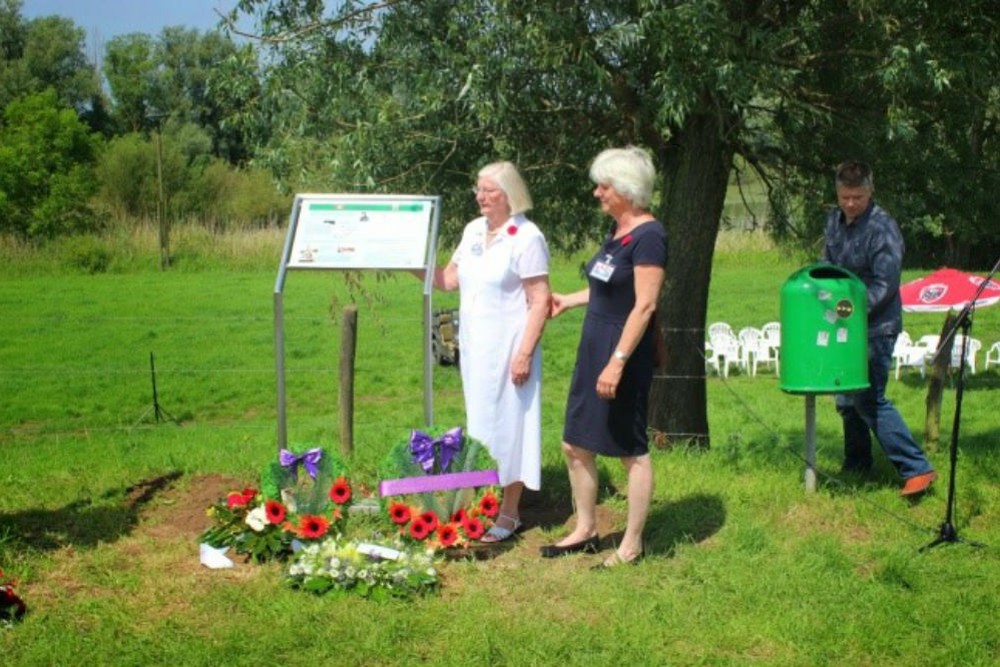 Arthur John Harrison and his younger brother Ernest David Harrison (20 years old) left for Europe in 1944. Just like many Canadians both these brothers have both lost their lives while fighting for the liberation of Europe. Oldest brother Arthur died on June 10, 1944 not far from the D-Day landing beaches.

Younger brother Ernest was killed by a machinegun in the night of January 27, 1945 while on patrol to scout the German defense works in the Ooy polder near the village Leuth, 10 kilometers east of Nijmegen. Arthur was buried in Bretteville-sur-Laize (France with a named gravestone but Ernest was never found. Ernest however has been mentioned on the Groesbeek Memorial on panel 11.

More recently the sister of both brothers Beatrice discovered a letter, written just after the war in 1947 by a German medical attendant and vicar, who was in the area when Ernest was killed. The vicar had Ernest his prayer book with the address information of his parents and wrote a letter to the mother. The vicar wrote in this letter that Ernest had a christian funeral and also where the field grave of Ernest was. After careful research by the Dutch Grave service the remains of Ernest were not found. Most likely he has been washed away by the Waal river. During the start of Operation Veritable (end January / start February 1945) the Germans had pierced the dykes along the rivier to flood the polder by two meters of water.