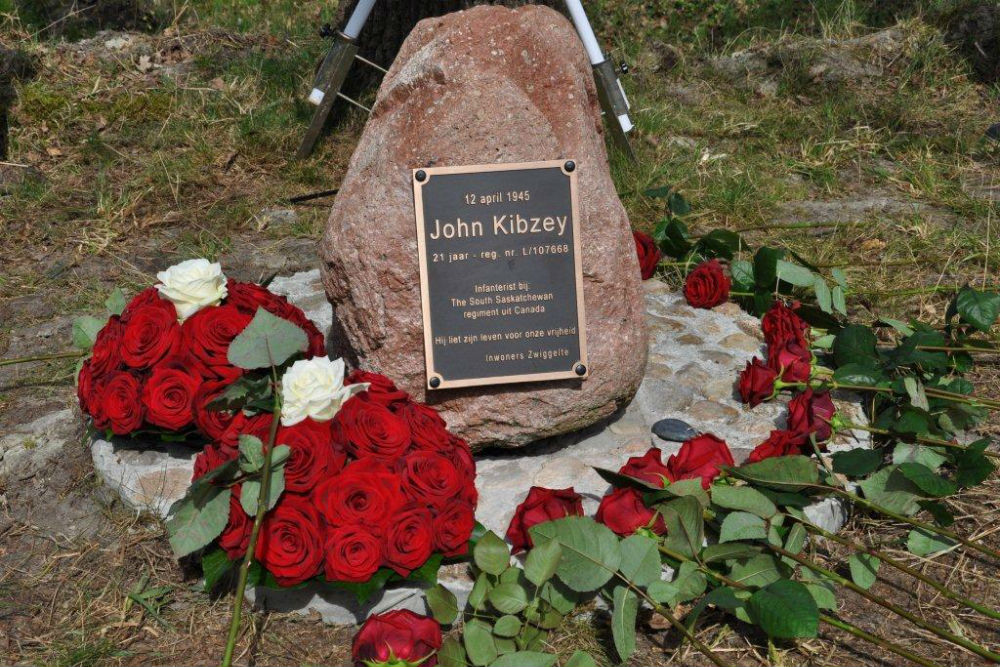 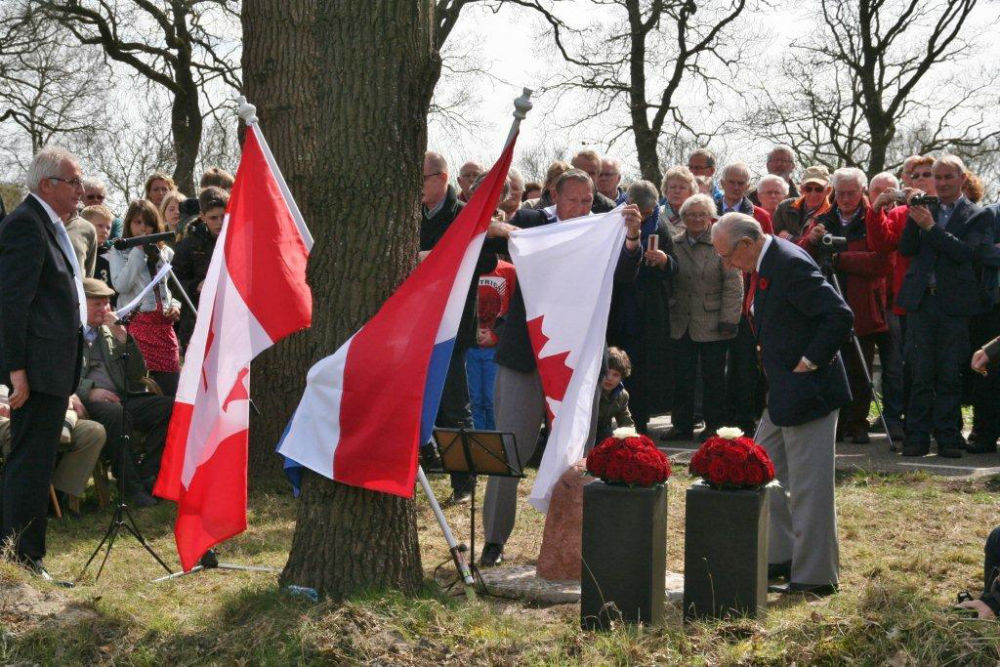 The memorial to commemorate John Kibzey was unveiled on April 12, 2015 in Zwiggelte by his two alive Canadian (half) brothers: George Wozny and Walter Kibzey. John Kibzey was born in Myszków (Poland) on October 20, 1925 and served in the South Saskatchewan Regiment R.C.I.C. since November 22, 1943 under number L/107668.

The memorial is made by the residents of the village Zwiggelte and because of these residents and also some helpful sponsors they were able to bring both the brothers to the unveil. This happened exactly 70 years after the death of John.

The memorial is placed on the location where he was killed on April 12, 1945 and was buried a year before being reburied at the Holten Canadian War Cemetery.