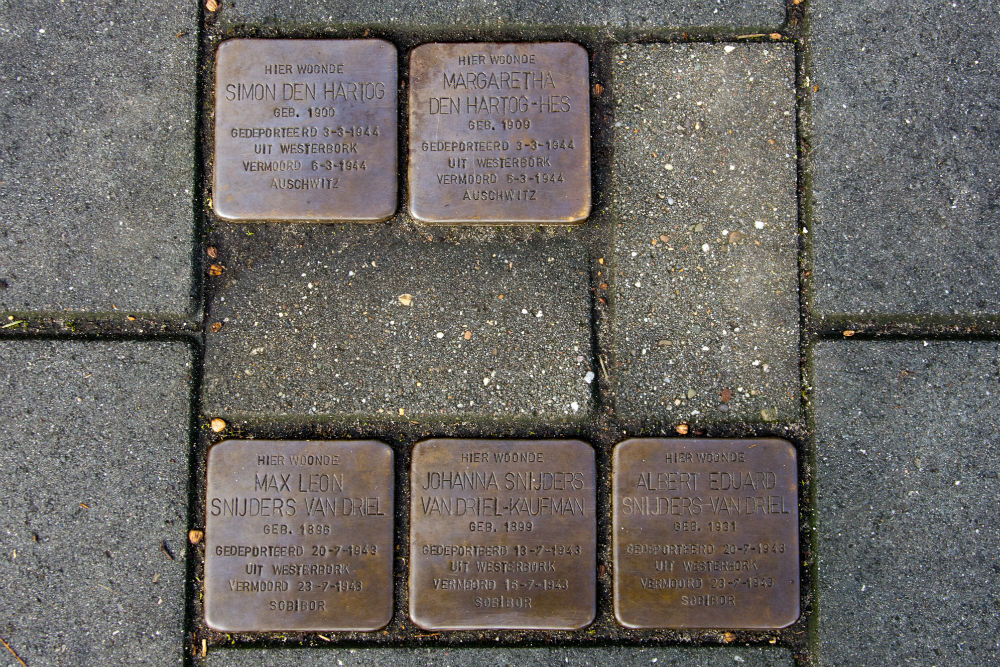 Simon den Hartog, an administrative assistant, married Margaretha Hes. They were killed on the same day in Sobibor. Their two sons -- Benno Nico (b.1932) and Eddy (b.1937) -- survived.

Simons parents were murdered at Sobibor on 9 July 1943: Carolina den Hartog-Braadbaart and Benjamin den Hartog. Their other son who lived with them, Philip Nathan den Hartog, was killed in Central Europe in 1944. Stolpersteine for the three are at Bankastraat 9. Simons two sisters survived; both died later in Israel.

Stolpersteine for Margarethas father, sister and step-mother are at Hermanslaan 6 in Oss.

Max Leon Snijders van Driel, a sales representative and Johanna Kaufman married and had a son, Albert Eduard, who was 11 when he was murdered.

Regarding Johannas birth family, of the 8 Kaufman adult children alive at the beginning of the war, only one survived the Holocaust.

Borne was the first town in the Netherlands in which Stolpersteine were placed --on 29 November 2007.