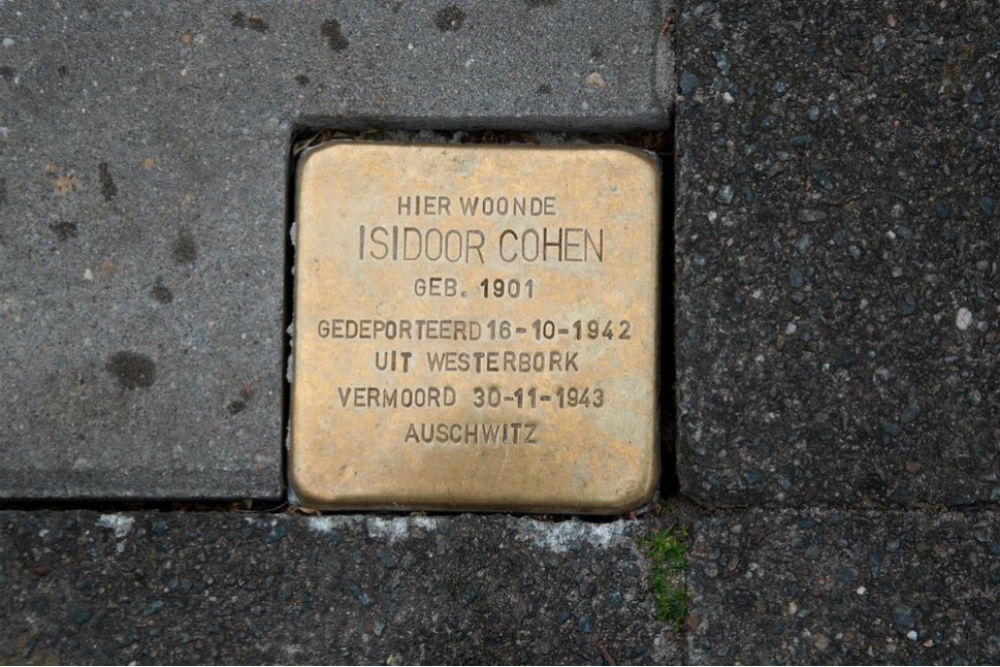 Isidoor Cohen was a butcher. His wife and child apparently both survived. He was deported on a train going to Auschwitz but was not killed there until a year later. We can only guess at what might have happened.

The train that left Westerbork on Monday, 16 October, was the 28th transport from Westerbork to Auschwitz. Its 26 cars held 1,710 deportees, including 358 children. The train stopped at Cosel where men of ages 15-50 were taken off to go to nearby forced labor camps at Annaberg or Sakrau. Only 30 of all the deportees survived and the only post-war testimonies came from men taken off the train at Cosel. After working at Annaberg or Sakrau, as needed, men were taken to various other forced labor camps. Some of these men, when considered no longer useful, were taken to Auschwitz-Birkenau to be killed.

Isidoor grew up in a large family with 13 children. Of the 11 known to be alive at the beginnning of the war, only 1 survived; the rest were murdered in Auschwitz, Sobibor, or Central Europe. Their mother, Sara Cohen-Susman, was also murdered -- in Sobibor at age 81. A stolperstein for one brother, Joseph Cohen, who was deported on the same day as Isidoor, is at Walstraat 7 in Oss.