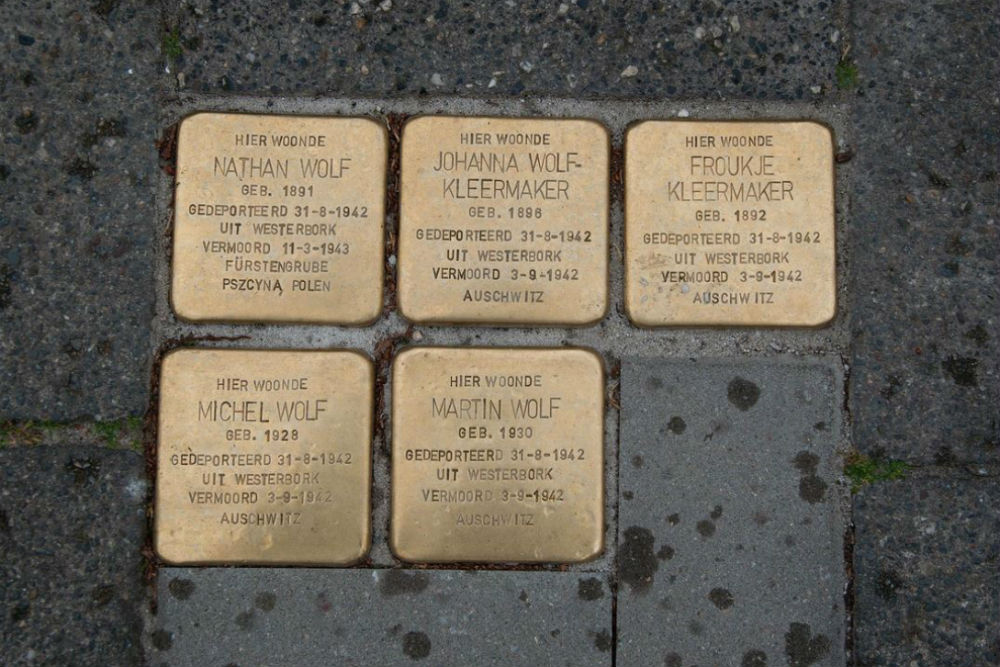 All five members of this household were deported on the same day. All except Nathan Wolf were murdered in Auschwitz 4 days later  two boys ages 12 and 14, their mother (Johanna) and their aunt (Froukje). At some point their father, Nathan, was sent, along with some other men from Oss, to Fürstengrube, where barracks were being built for future Auschwitz prisoners who would mine coal there. Nathan, along with others, was killed there in March 1943, five months before Fürstengrube became a formal Auschwitz sub-camp.

Stolpersteine for Johanna and Froukjes sister, Betsie Cohen-Kleermaker and her husband Israël Cohen are at Plantage Muidergracht 23 in Amsterdam.