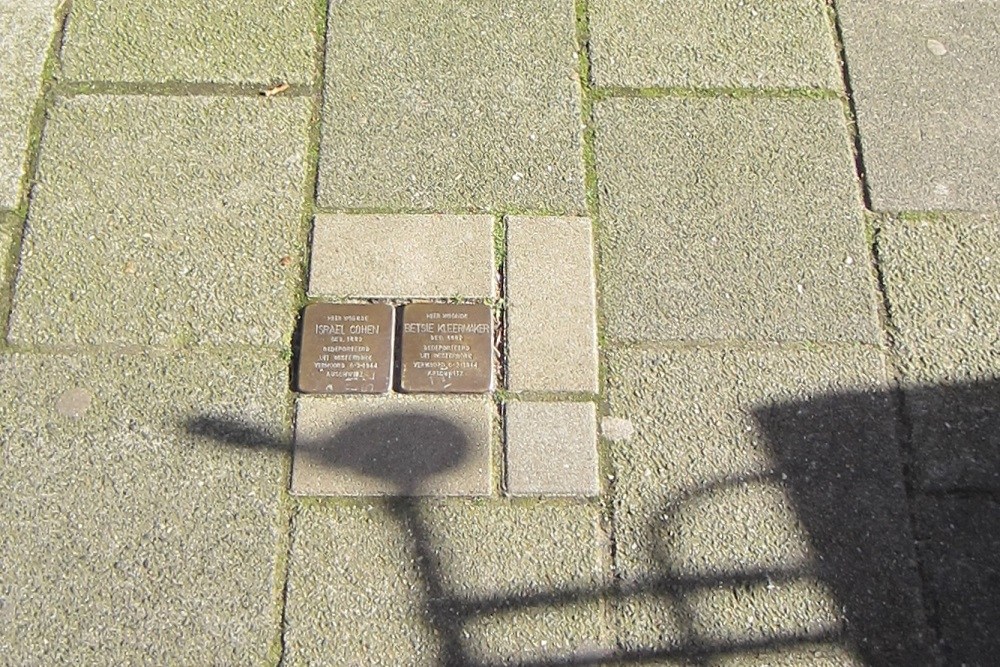 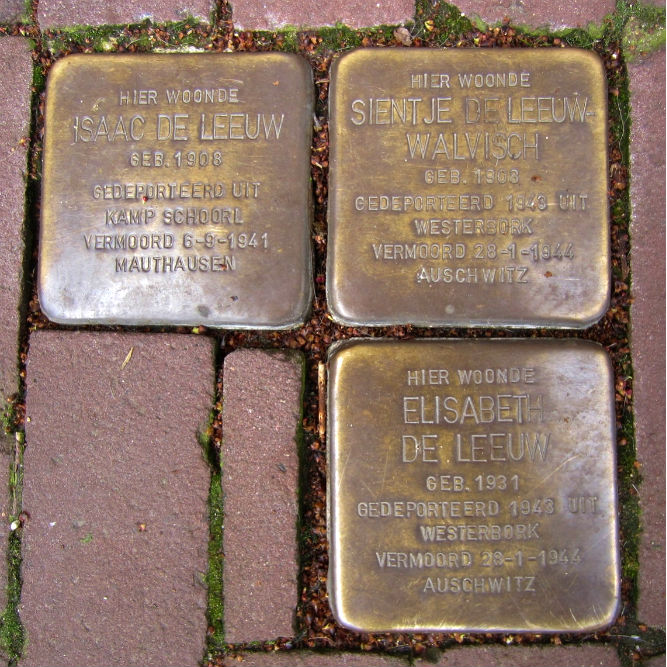 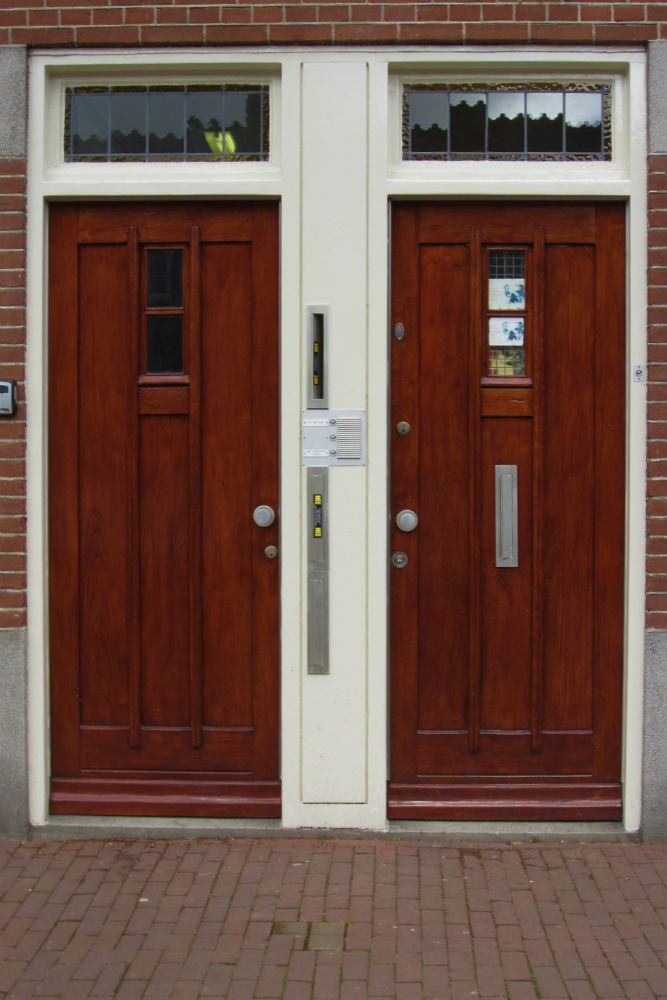 Betsie Kleermaker and Israel Cohen, a merchant, were married in October 1908. They had a daughter, Clara, born in 1911, who was living away from them when they were deported.

Israëls father Hartog Cohen died in 1942 in Utrecht and Israëls mother Sara Cohen-Knegje was deported with Israël and his wife Betsie in 1942; Sara died in Auschwitz on 11 February 1944, a month before Israël and Betsie. Israël came from a large family. Of 14 children (all born in Utrecht), 4 died before age 5 years, 7 survived the war, Israël was murdered in the Holocaust and the fates of 2 other siblings are unknown.

At least one of Betsies parents died before the war. Of the 7 Kleermaker children including Betsie, five were murdered, ones fate is unknown and one survived. Stolpersteine for 2 sisters, Froukje Kleermaker and Johanna Wolf-Kleermaker and for Johannas husband and 2 sons, are at Katwijkstraat 38, Oss.

Borne was the first town in the Netherlands in which Stolpersteine were placed -- 29 November 2007.