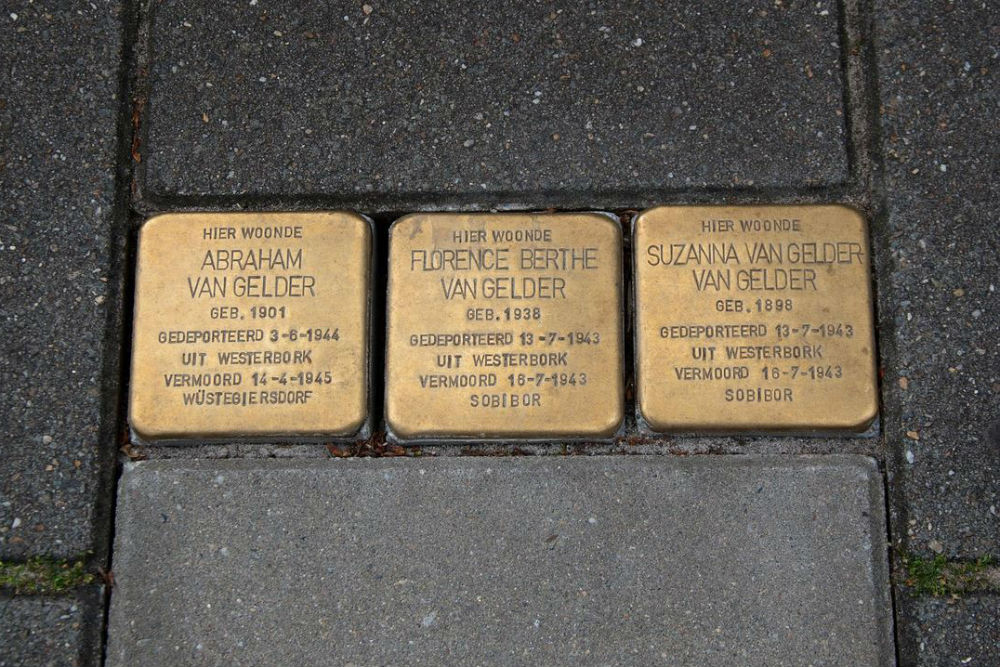 Abraham van Gelder studied at the University of Amsterdam and earned his doctorate in 1933. He was employed by Zwanenberg but was temporarily employed by Organon as a chemist. In 1935, he married his cousin, Suzanna van Gelder. Their daughter, Florence Berthe, was born 3 years later.

In 1942, Dr. van Gelder and other Jewish employees were fired from Zwanenberg/Organon without warning. He was able to find work as a teacher in Den Bosch; this position protected him and his family for a while.

But in April 1942, the family is taken to Vught camp. In June, 5-year-old Florence is to go on a so-called kindertransport, accompanied by one adult, her mother. They are taken to first to Westerbork, then deported to Sobibor, where they are gassed on arrival. Abraham van Gelder ended up in Poland where he worked in forced labor. He died on 14 April 1945, three weeks before the end of the war.