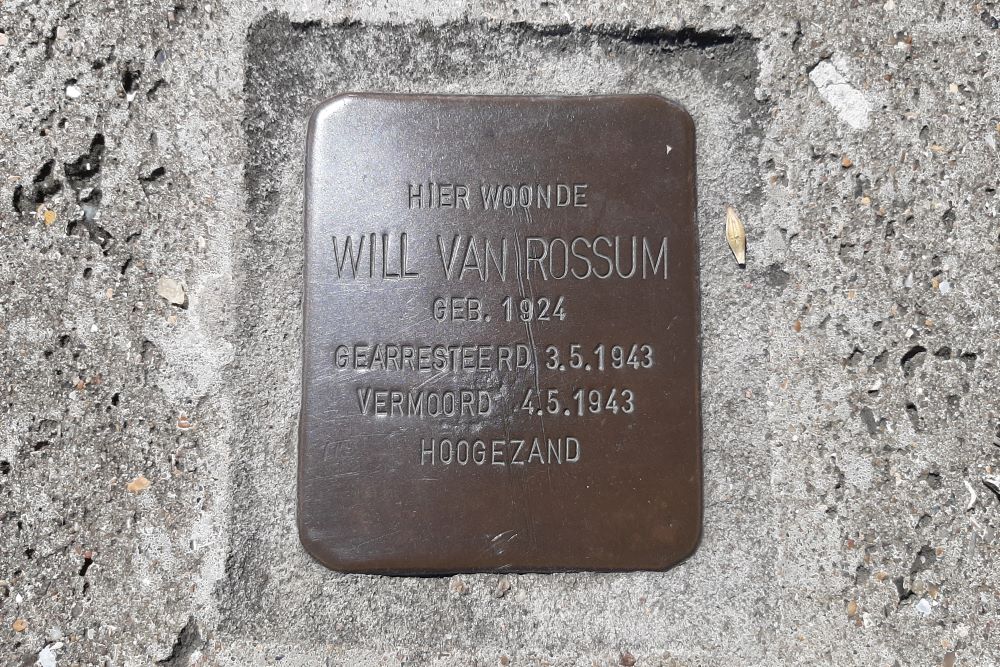 Willem Antonie van Rossum studies at the Secondary Agricultural School in Groningen, where he lives in rooms on the Emmasingel. Will owns an old air rifle, which is in his closet. Possession of weapons is strictly prohibited, especially during the strikes in the spring of 1943.
Will is betrayed by the daughter of his former landlady, who sees the rifle in the closet. She engages the Sicherheitsdienst. Will is arrested at school on May 3, 1943. His caretaker is still trying to trick the SD people by saying that he is not present, but to no avail. The next day, 19-year-old Will van Rossum was summarily executed. He was buried in an unknown place by the Germans and is still missing.