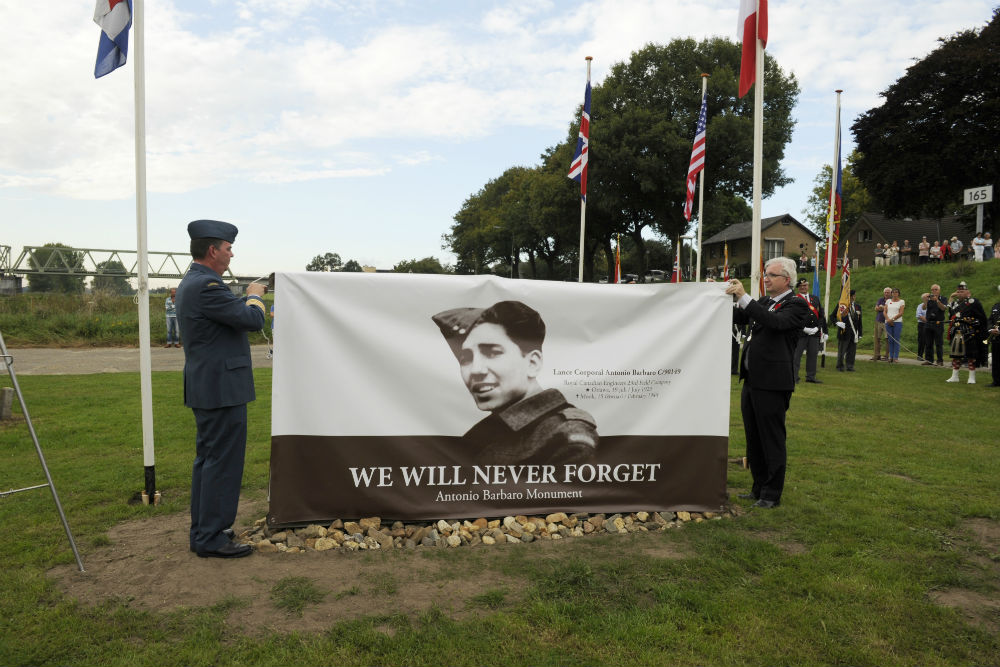 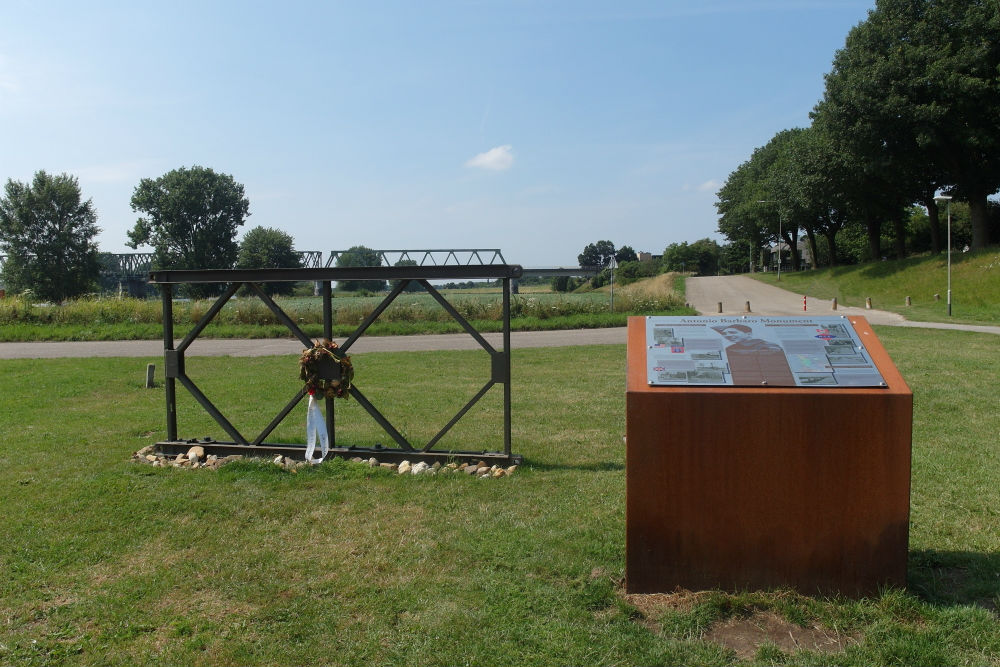 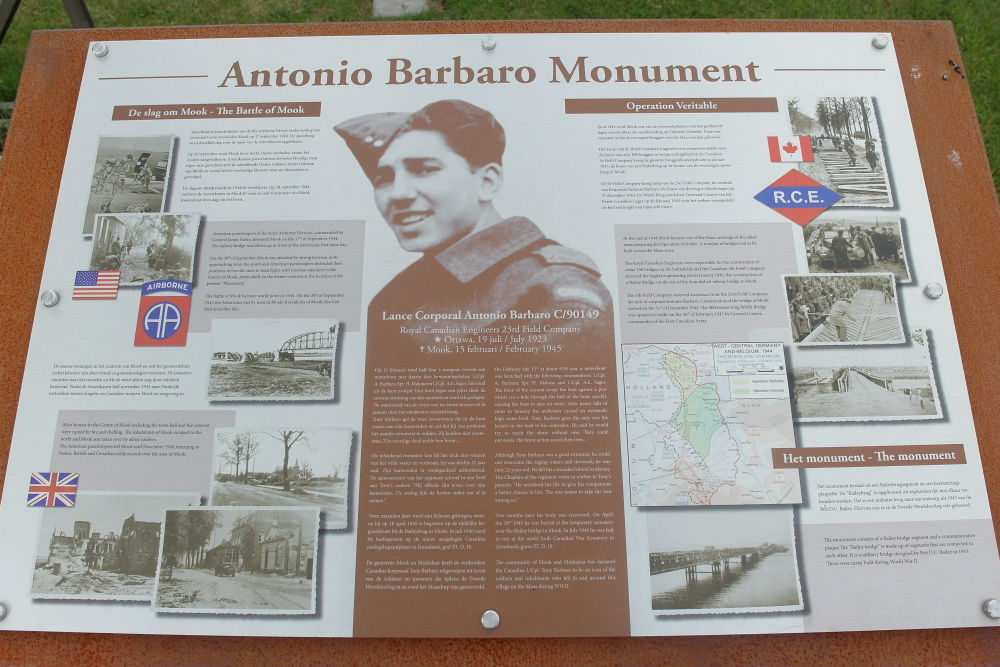 Barbaro was part of the Royal Engineers who were active building Bailey bridges over the Maas river, as part of preparation for the Rhineland offensive. On the morning of February 15, 1945 a motor boat with Barbaro and Spr. H. Malone en L/Cpl. A.E. Sager left the riverside. Some way from the side the boat hit a remaining pillar of the old rail bridge, which was destroyed by the Germans in September 1944.

The boat started leaking instantly due to the hard hit on the pillar, caused by the strong river current. The water level of the river was high due to heavy snowfall in January, which had led to enormous meltwater currents. Tony Barbaro gave the two life jackets in the boat to his comrades who couldn't swim and said that he would try to make it without one. His courageous act saved their lives.

Even though he was a strong swimmer he wasn't able to resist against the force of the strong current. Barbaro drowned, leaving his comrades left behind defeated. Barbaro was 22 years old at that time and was found 2 months later before being buried at a temporary cemetery near the Bailey bridge in Mook. Later he was reburied on the Canadian War Cemetery Groesbeek.