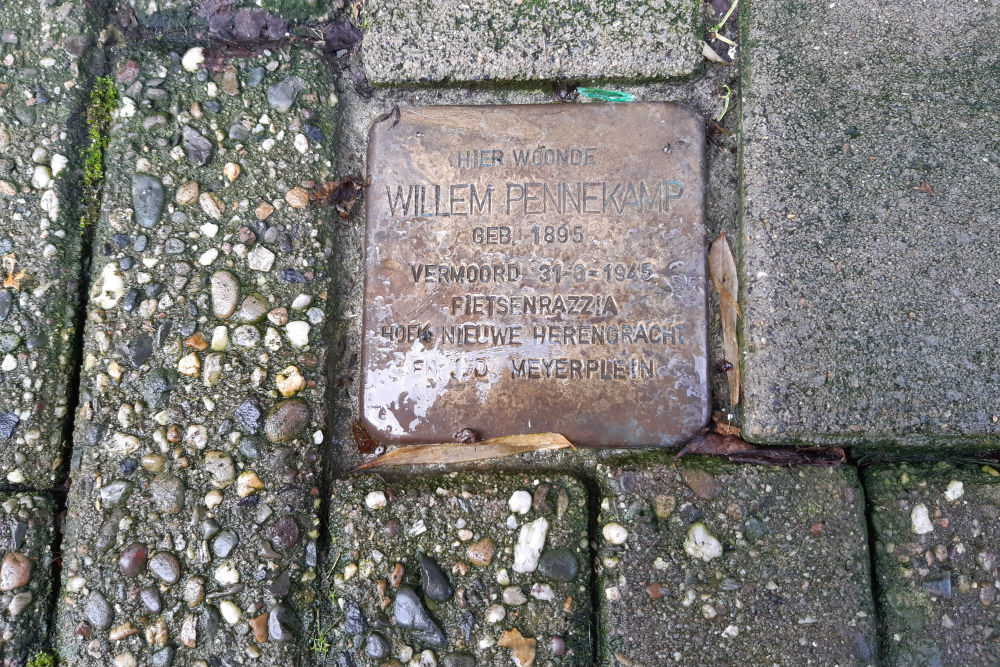 In Amsterdam there is a Stolperstein laid for the former home of a victim who died in World War II, this is Langestraat 84.