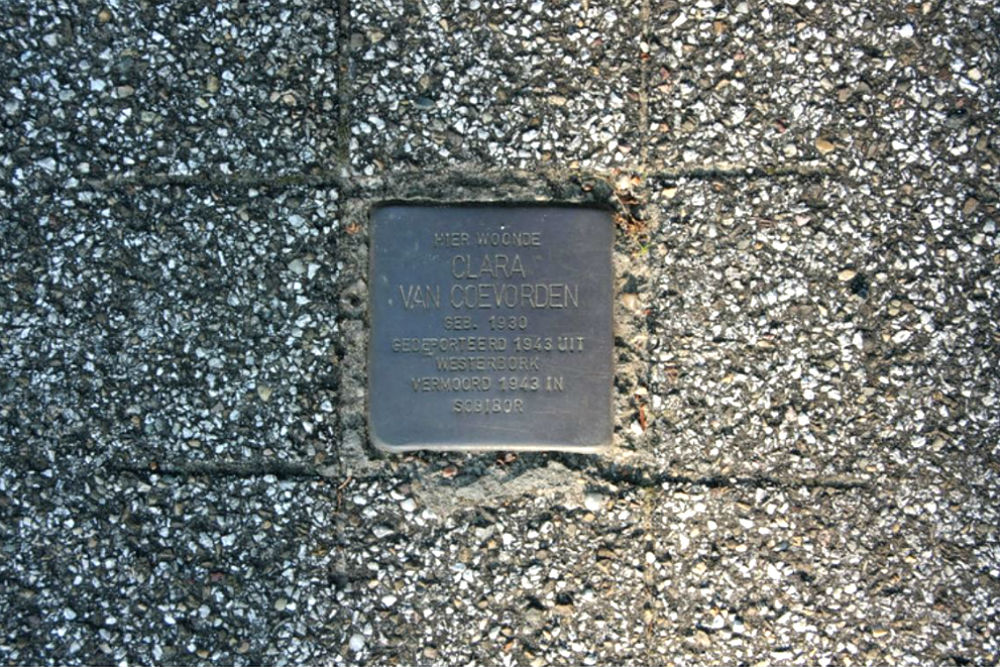 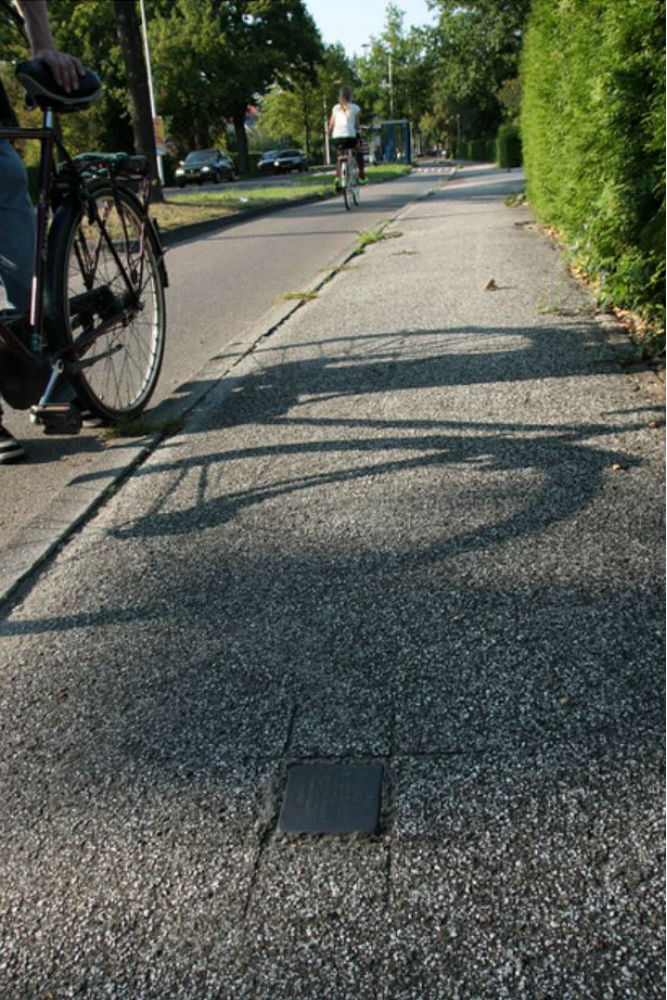 Clara van Coevorden was born blind in Groningen to Schoontje van Coevorden-van der Veen, a housewife, and Joël van Coevorden, a waiter. When she was 5 years old, she moved to Harens Annexe of the Institute for Education of the Blind. Then in 1941, at age 11, she moved back to her parents house in Groningen, but returned to the Annexe in Haren 6 weeks later. In 1942 during the raid of November 28, almost all Jews in Haren were taken to Westerbork, but Clara was skipped  as were other disabled and sick people.

Her father Joël was murdered in Central Europe on 28 February 1943.

Regarding Claras mother, there are conflicting stories about who Clara was deported with. Clara was first taken to Westerbork transit camp on 9 April 1943. One account is that she was taken with her mother to Westerbork and then deported with her to Sobibor, with both killed on the same day. Another account is that Clara was accompanied to Westerbork and Sobibor by a woman from Haren, Bella Barentz-de Jong, who was also murdered on that same day. Both accounts agree that Clara was murdered in the gas chambers on arrival at Sobibor on 16 April 1943. She was 12 years old.

No stolpersteine were seen for Claras parents. Stolpersteine for Bella Barentz-de Jong and her husband are at Oosterweg 46 in Haren.