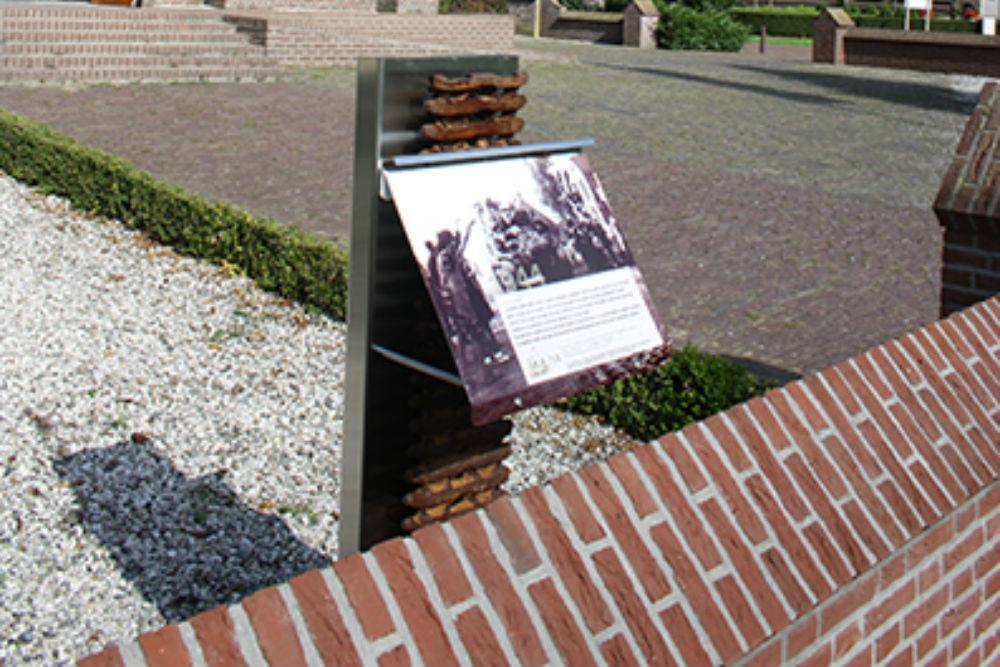 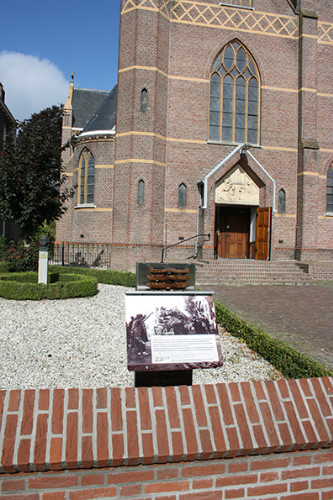 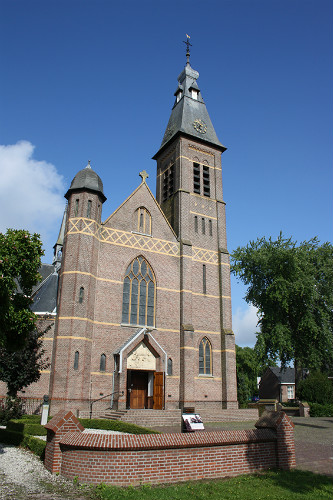 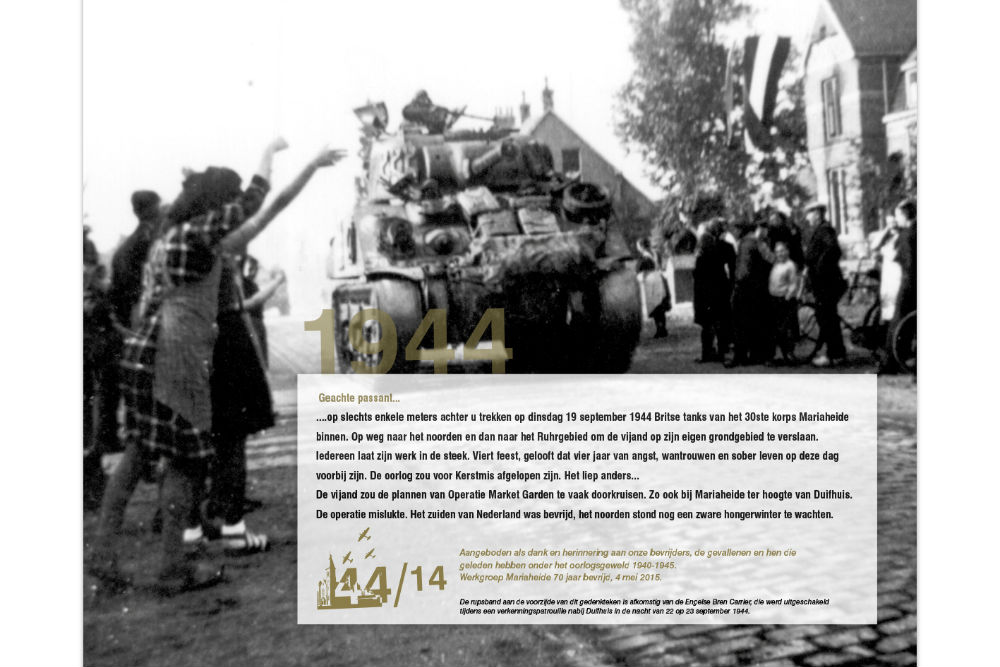 In commemoration of the Operation Market Garden there is a memorial plaque in front of the church of Mariaheide, placed there on May 4th 2015. On this is described and visible how on Tuesday September 19, 1944 British tanks of the 30th corps entered the village during the operation. The picture is generally seen as the liberation picture of Mariaheide.

The caterpillar track in front of this memorial comes from the English Bren Carrier, who was knocked out during a reconnaissance patrol near Mariaheide on the night of 22 to 23 September 1944. The caterpillar track had been underground for 60 years before it was excavated. It lay along the route that the Allies followed during their advance to the Ruhr area. Finally, the liberation in 1944 took a few more days as the Germans would cross Operation Market Garden a few more times. This is also the case at Mariaheide near Duifhuis.

Black Friday
On Friday, September 22, the Germans launched a counterattack on the corridor near Veghel under Kampfgruppe Walther. At Mariaheide, the Panther tanks of Panzerbrigade 107 reach the corridor and encounter British soldiers and vehicles of 123 Light Anti-Aircraft Regiment. They stood parked bumper to bumper in a very long line along the side of the road. They had been instructed to give way to traffic what was urgently needed in Nijmegen.

The Germans open fire around 11:30 am, not only destroying a number of British vehicles but also an accidentally flying over Auster III reconnaissance aircraft. The pilot and his passenger are killed. A motorordon and his co-driver are also the victims of the German attack. They were on their way to Belgium with film footage of the fighting in Nijmegen. It is unclear what happened to the film footage, these men were all buried in the war cemetery in Uden.

In Mariaheide the British fight for what they are worth. With PIAT anti-tank weapons they keep the tanks at a distance for some time. Eventually the artillerymen manage to keep the Germans busy for more than an hour and a half. This makes it possible for the 101st Airborne Division to supply reinforcements to Veghel. The British do, however, pay a heavy price for this, for example, when tipping a fleeing truck several victims fall.

Nevertheless, the British manage to withdraw a large part of the vehicles and cannons at Veghel. The 40mm Bofors guns are a welcome addition to the lightly armed American paratroopers.

In total, two officers and five men are killed in the fighting and are later buried in the war cemetery in Milsbeek.

The Windmill of Eerde - Eerde