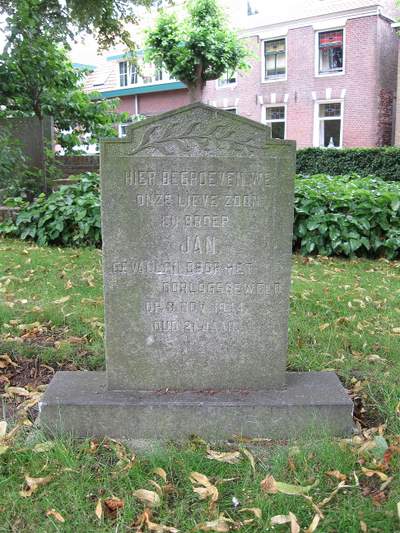 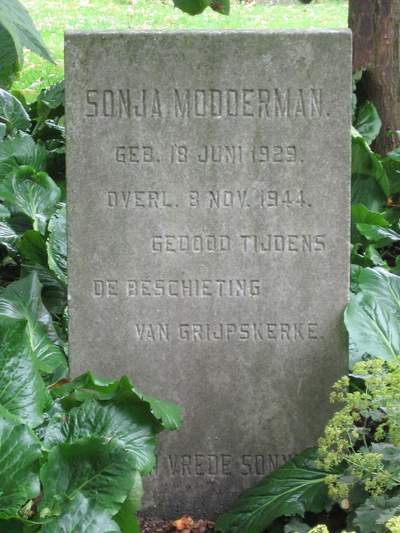 In the yard surrounding the Church of St. Michael various graves can be spotted, amongst them also two graves of civilian victims that fell during the shelling of Grijpskerke on November 8th, 1944.

The inscriptions on many of the graves have become unreadable but almost certainly date back from before the Second World War.
The two headstones on the graves of the civilian victims are clearly distinguishable. Of one of the victims only his first name has been mentioned.

The text on this stone can be translated as follows:
Here we buried
our beloved son and brother
Jan.
Fallen by the
brutalities of war
on November 8th, 1944.
21 years of age.

The text on the stone of the second victim can be translated as follows:
Sonja Modderman
Born 18 June 1929
Died 8 November 1944.
Killed during
the shelling of
Grijpskerke.
That you may rest in peace, Sonja.