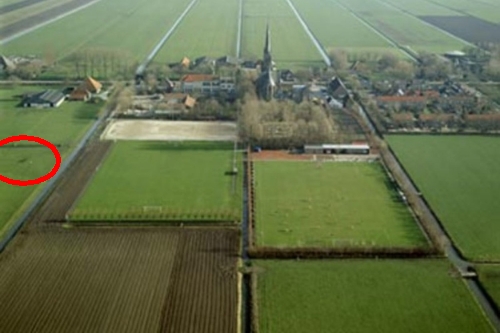 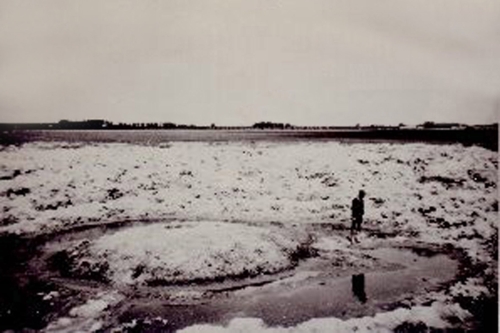 On June 26, 1943 about midnight the Lancaster bomber ED 988, shot at the coast near IJmuiden, made an unfortunate landing in the Westbeemster.

When the aircraft hit the ground the crew was already deceased and the rescue workers were unable to enter the bomber. After three hours on the ground the bomb load bomb exploded. Then remains of Bennett, Porritt and Mepsted were found and they and buried at the Nieuwe Ooster Begraafplaats in Amsterdam.

Of the remaining four crew members nothing was found which could lead to identification. They still rest in the clay soil of Westbeemster.