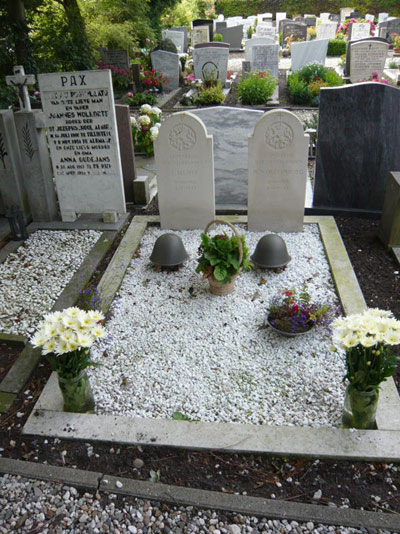 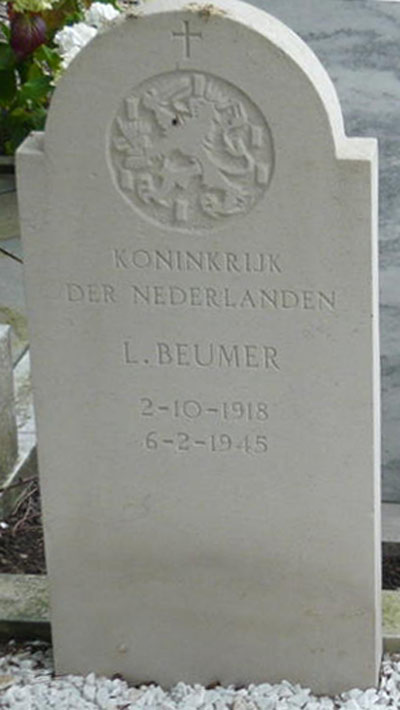 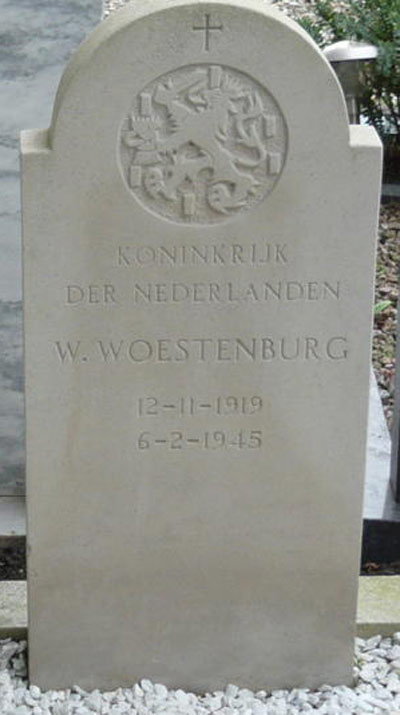 On the R.C. cemetery besides the St.Bonifatius church are the graves of two resistance fighters from the Second World War. These are the graves of Willem Woestenburg and Lou Beumer. After an attempt to rescue a couple of airmen of a allied fighterplane or bomber, they were followed by German police/military and got involved in a gunfight, were they were shot dead by the germans. Every year on the national commemorationday (may 4th at 20.00 hours) there is a ceremony. All the residents of the village are gathered there and the Lord Mayor, mrs. Ria Oosterop-van Leussen leads the ceremony.
The ceremony ends with 'The Last Post'

At the place where the men were shot, a memoroial is erected to commemorate these men.