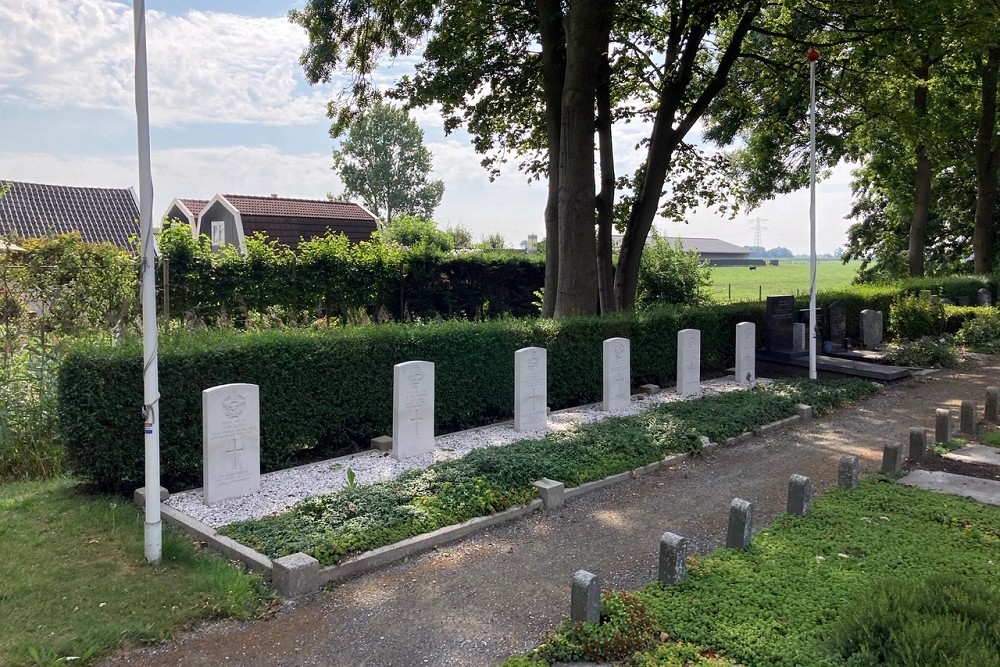 On Stompetoren General Cemetery are the graves of six Commonwealth airmen of the Second World War who were killed on December 16, 1943.
They were the crew of the Lancaster MkIII JB656 that crashed in the Schermer Polder.

Thes are the graves of: