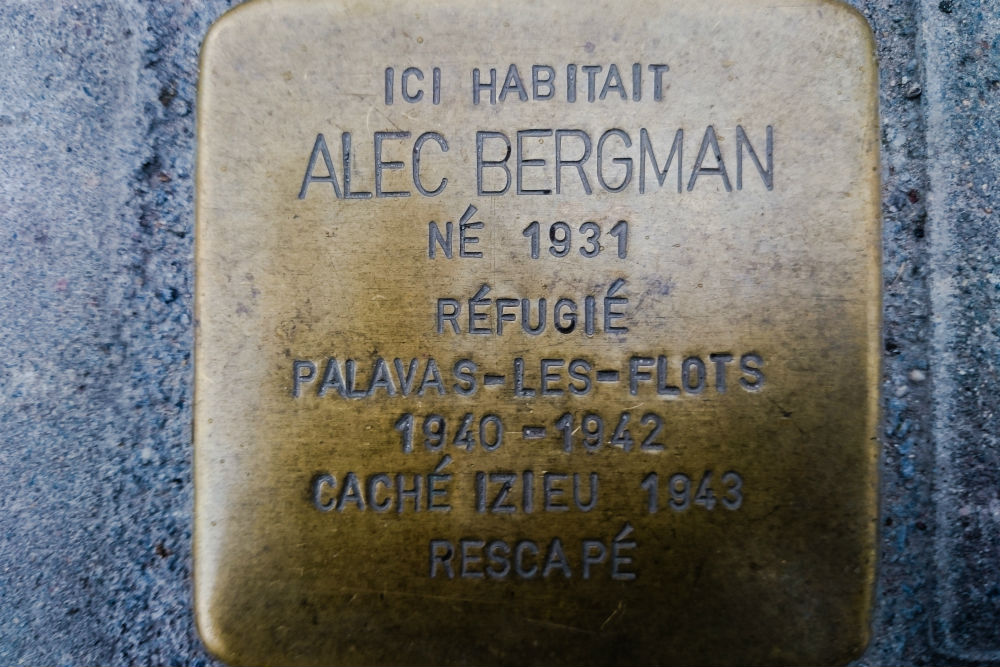 As a boy, Alec Bergman was placed for his safety in an OSE [Oeuvre secours aux enfants] group home in Palavas-des-Flots, France and then was moved to another one in Izieu. Alec survived because his mother was assisted by the French Resistance to get a false name. With that help, she took Alec with her several months before the Gestapo raided Izieu and took away and murdered the remaining 44 children.

In a 2016 recording when he was 85, Alec Bergman described his time during the war as being separated from his parents and being moved from one place to another. For safety, he did not know where his parents were and they did not know where he was, although they were told he was well. He described Izieu as a "vacation" where the children played happily, with some worry about their parents but unaware of what was happening outside their refuge. Alec was there a few months with his Liège friends, the Bulka boys, before his mother came for him.

After the war there was nobody left of his entire family in Poland. According to Bergman, little was said about what had happened as if the survivors blamed themselves for being alive when 6 million others were killed. Finally, in the 1980s he was contacted to ask if he would come to the trial of Klaus Barbie, the "Butcher of Lyon" who, among other atrocities, had ordered the deportation and murders of the 44 Izieu children. Then, said Bergman, "everything came back."

Thirty years later, Alec Bergmans reflections were published online. He said [here translated]: "I myself am a survivor but not everyone has been lucky. In Izieu, 44 were arrested, except me, lucky for me. But this does not let me go and I often think of them. I often think about it and I find it difficult to view reports or films about this period. When it comes on television, I change channels, because it makes me feel so much, much more than a few years ago."

The US Holocaust Memorial Museum has a photo taken at the childrens home in Izieu of Alec with his 2 friends from Liège -- Majer and Albert Bulka, who are remembered with stolpersteine at Rue des Champs 24. The stolpersteine for the 3 boys were the first ones installed in Liège.