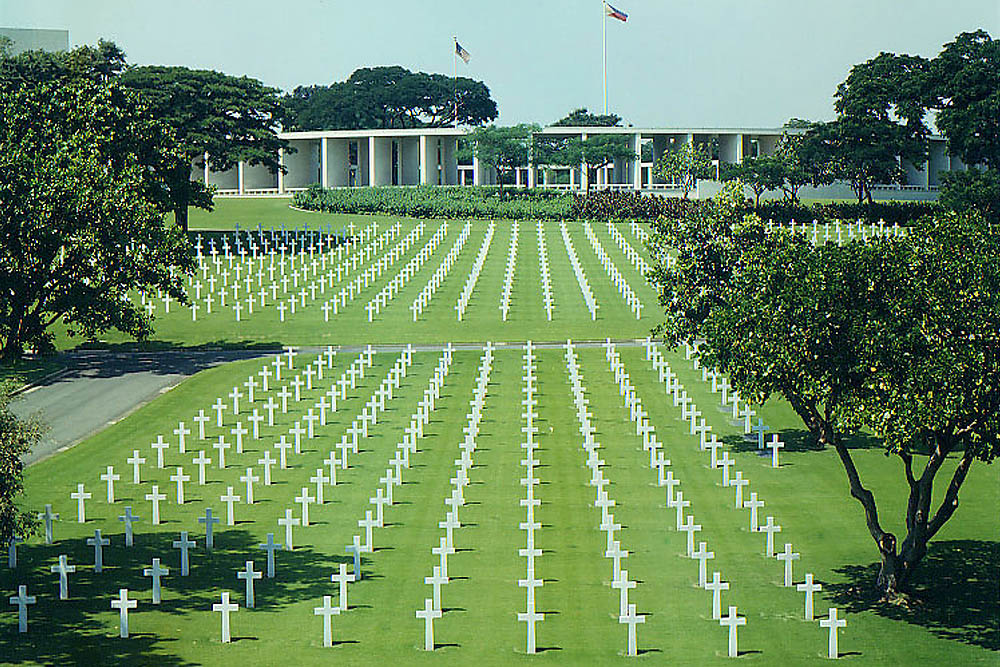 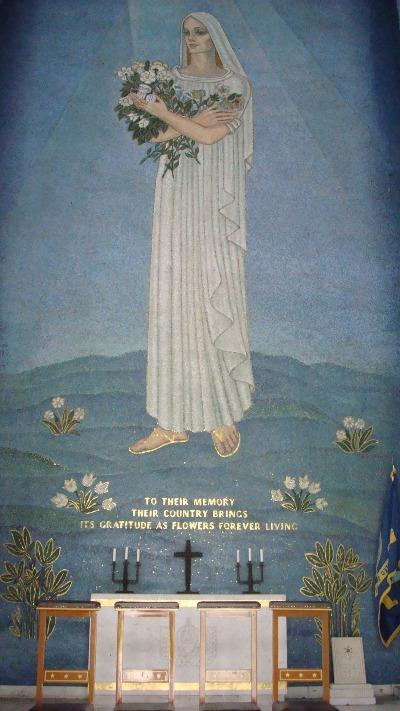 The Manila American Cemetery and Memorial in the Philippines occupies 152 acres on a prominent plateau, visible at a distance from the east, south and west. It contains the largest number of graves of our military dead of World War II, a total of 17,202, most of whom lost their lives in operations in New Guinea and the Philippines. The headstones are aligned in 11 plots forming a generally circular pattern, set among masses of a wide variety of tropical trees and shrubbery.

The chapel, a white masonry building enriched with sculpture and mosaic, stands near the center of the cemetery. In front of it on a wide terrace are two large hemicycles. Twenty-five mosaic maps recall the achievements of the American armed forces in the Pacific, China, India and Burma. On rectangular Trani limestone piers within the hemicycles are inscribed the Tablets of the Missing containing 36,285 names. Rosettes mark the names of those since recovered and identified. Carved in the floors are the seals of the American states and its territories. From the memorial and other points within the cemetery there are impressive views over the lowlands to Laguna de Bay and towards the distant mountains.

The cemetery also contains one Commonwealth war grave from World War I. This grave also has an American cross as headstone.