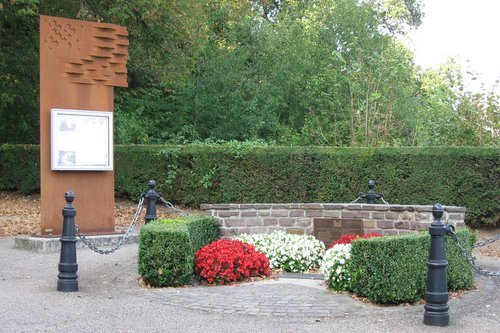 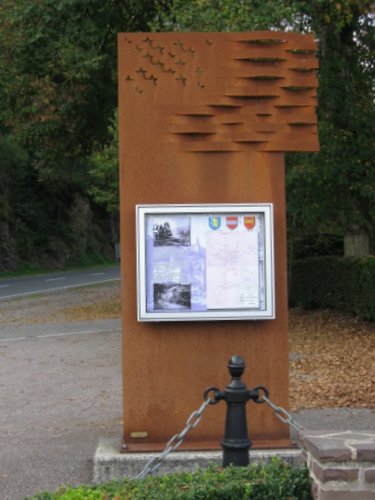 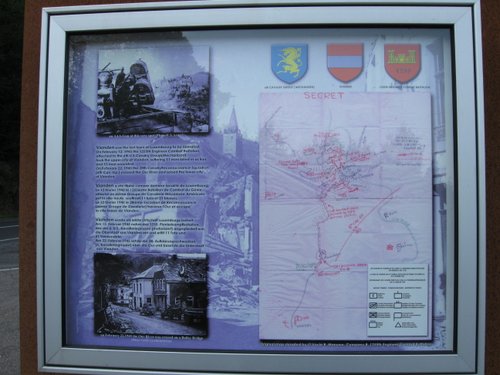 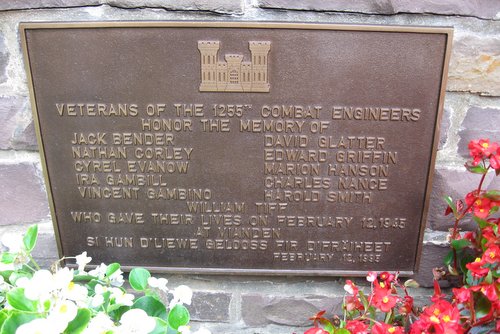 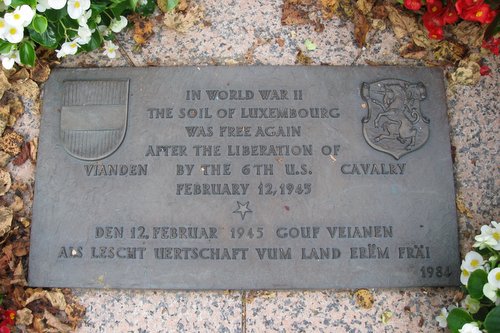 This memorial is located at the View Point on the castle of Vianden.

Text on the plaque on the ground:
In World War II
the soil of Luxemburg
was free again
after de liberation of
Vianden by the 6th U.S. Cavalry
February 12, 1945

Text on the plaque of the metal column:
Vianden was the last town of Luxemburg to be liberated.
On February 12, 1945 the 1255th Engineer Combat Battalion,
attached to the 6th U.S. Cavalry (Mechanized)
took the upper city of Vianden, suffering 11 men killed in action
and 51 men wounded.
On February 22, 1945 the 28 th Cavalry Reconnaissance Squadron
( 6th Cav. Gp. ) crossed the Our River and seized the lower city
of Vianden