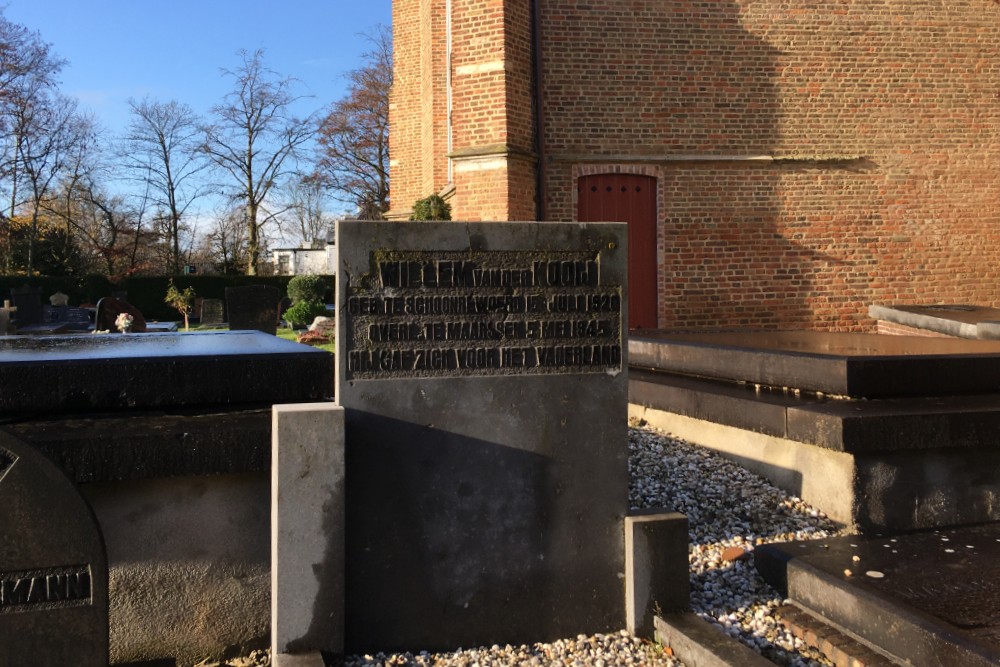 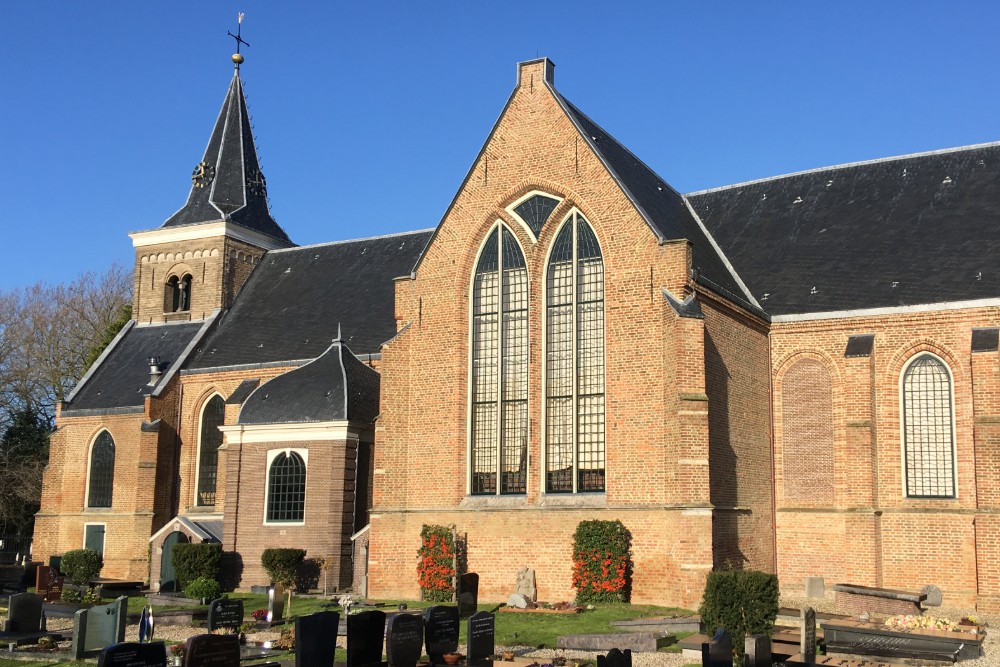 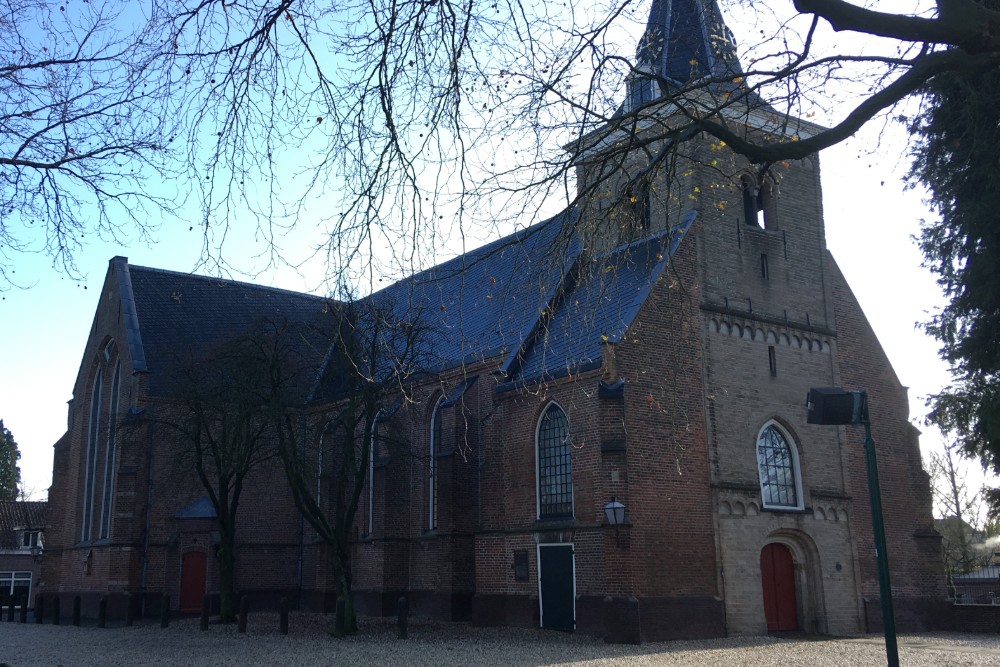 The Churchyard of the Protestant Church in Maarssen contains one Dutch war grave, of Willem van der Kooij.

Member of the resistance Willem van der Kooij was born in Schoonrewoerd, on 15 July 1920 and lived in Maarssen.

He died, together with six other members of the resistance, in a fight on Liberation Day, 5 May 1945. He was buried on 9 May 1945 with military honour at the Protestant Church. The other casualties, Willy Henrica Hems, Jacob van den Bosch, Willem Cornelis de Kruyf, Alexander Constantijn Lindhout, Bertus Heus and Paulus Theofilus Lindhout, were buried on Maarssen General Cemetery.

Willem van der Kooij was buried on an other cemetery because of a wish of his father, a protestant vicar, who wanted to have him nearby his mother who died in 1941. His father died in 1958 and was buried next to his wife, close to the grave of Willem.