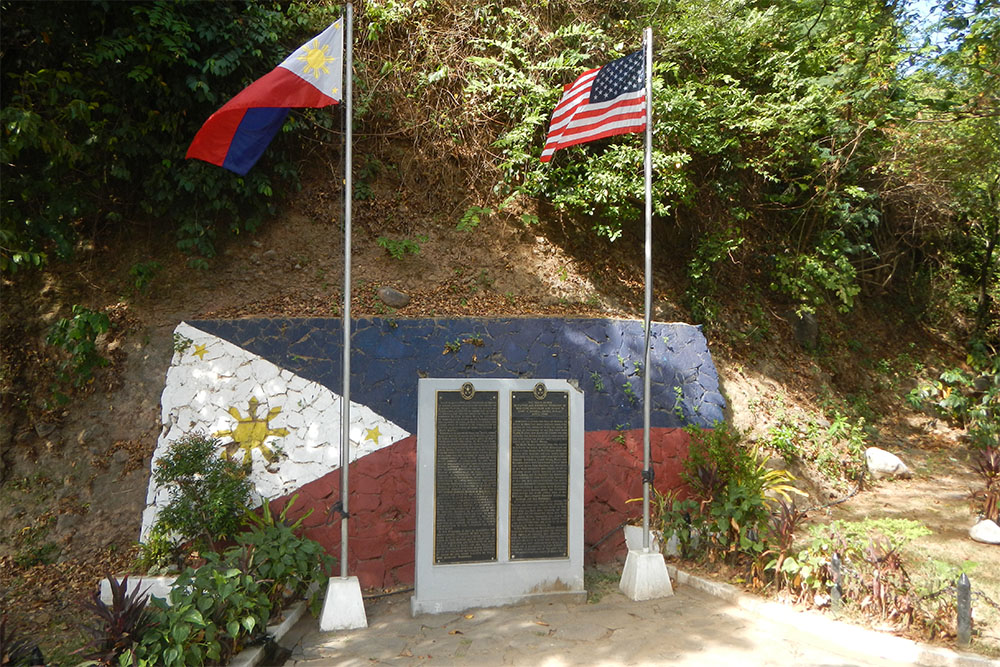 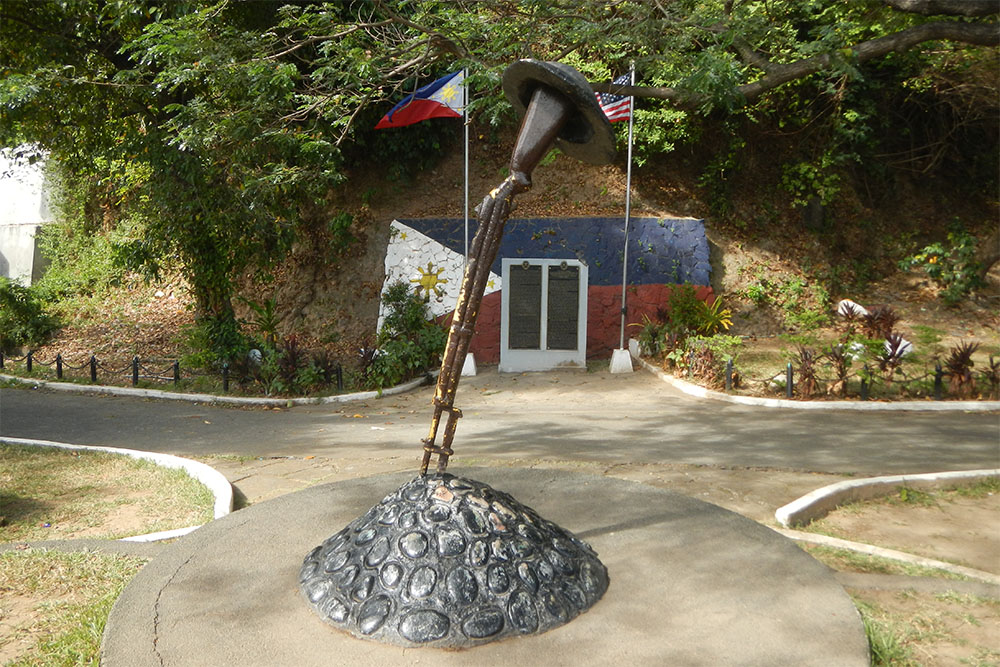 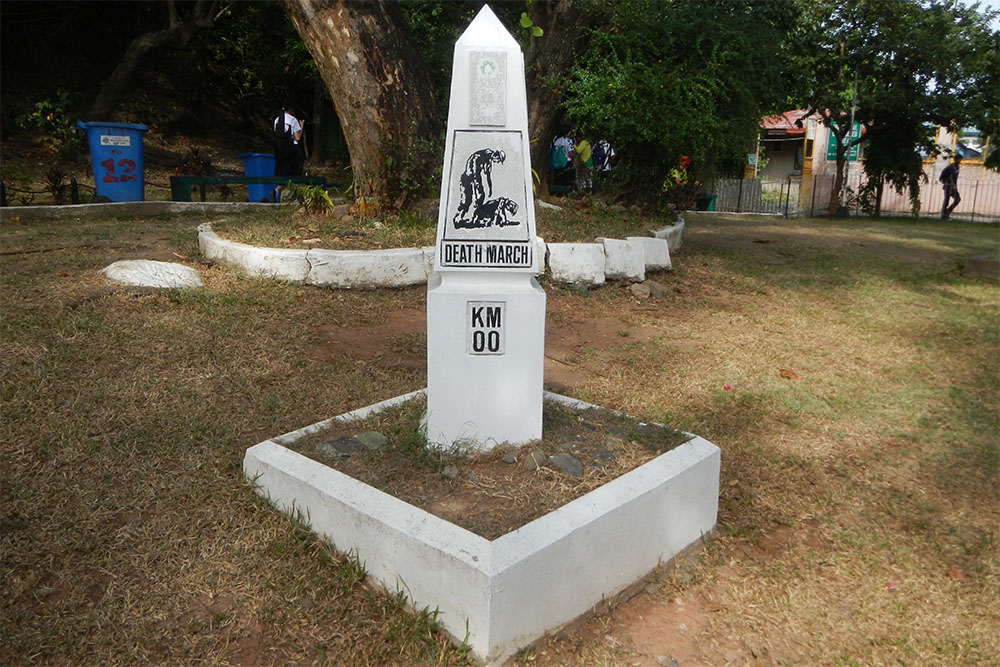 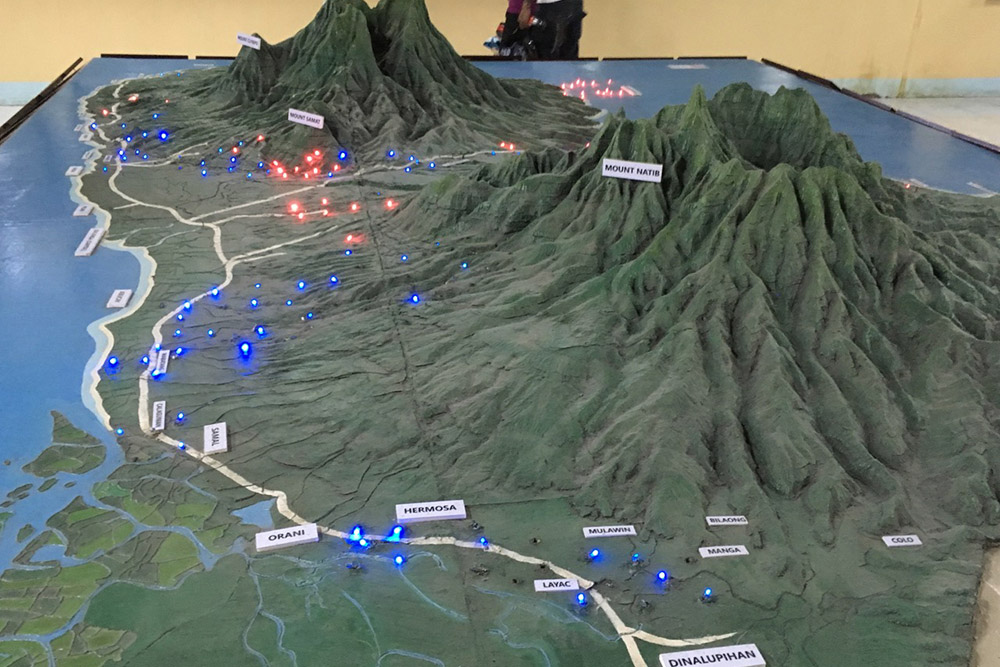 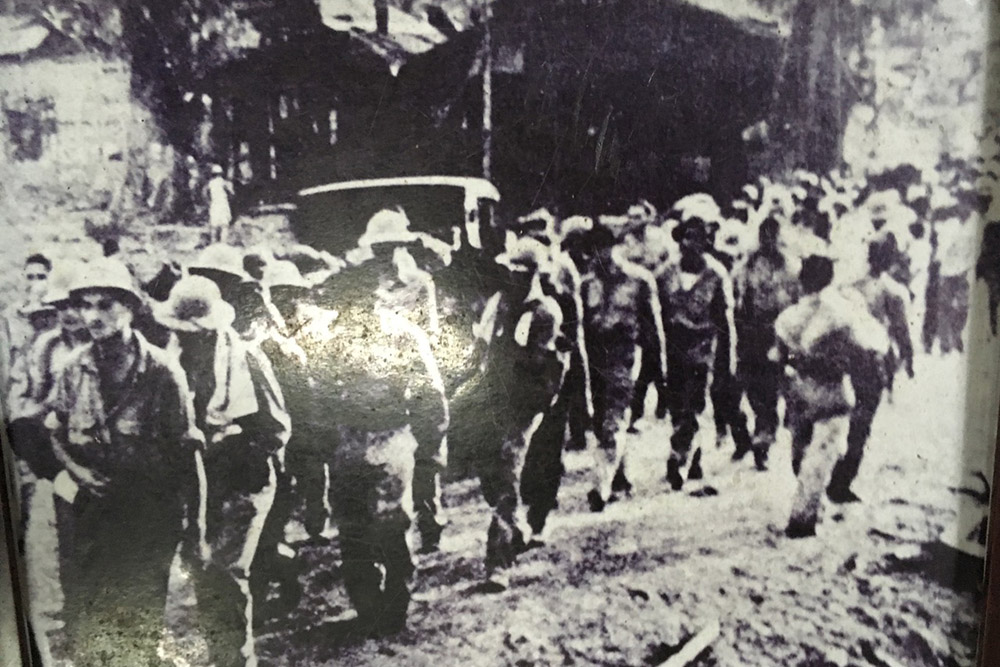 This memorial commemorates the Bataan Death March which started here. The route can be followed these days. More than 21,600 prisoners of war died during the march.

The route can be followed these days. On every km is a marker.

In the relief model shown in the photographs, the path take by the Bataan Death March (April 1942) followed the coastal road on the left side of the map, where you now see blue lights.

The march covered about 106 kilometers in eight days, and killed thousands of Filipino and American soldiers. The rest were consigned to Japanese concentration camps, beginning at Camp ODonnell near the town of Capas (not shown here but north of Layac and Dinalupihan).

These pictures (of pictures) were taken in the military museum near Mt. Samat.

Michael Normans Tears in the Darkness: The Story of the Bataan Death March and Its Aftermath is one of many excellent books about the brutality of what followed the American surrender on Bataan.