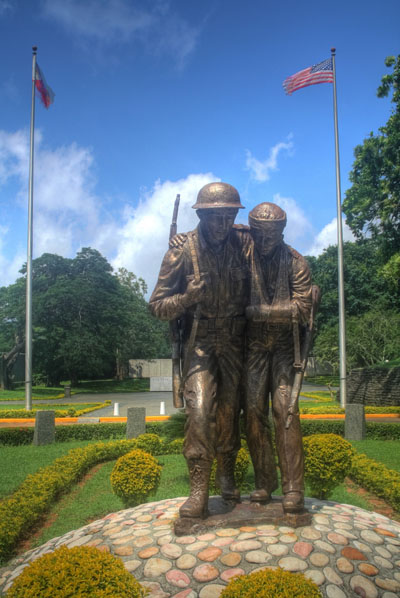 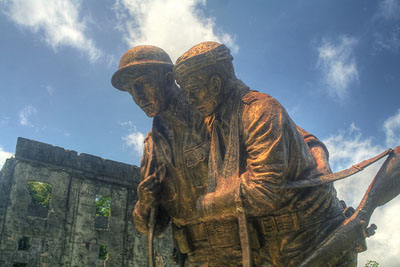 The Filipino-American Friendship Park was created to commemorate the partnership and shared experiences of the Filipinos and Americans who had fought together in the Pacific War during World War II in the Philippines.

Text on the memorial:
In these hallowed surroundings where heroes sleep may their ashes scatter with the wind and live in the hearts of those who were left behind. They died for freedom's right and in heaven's sight. Theirs was a noble cause.