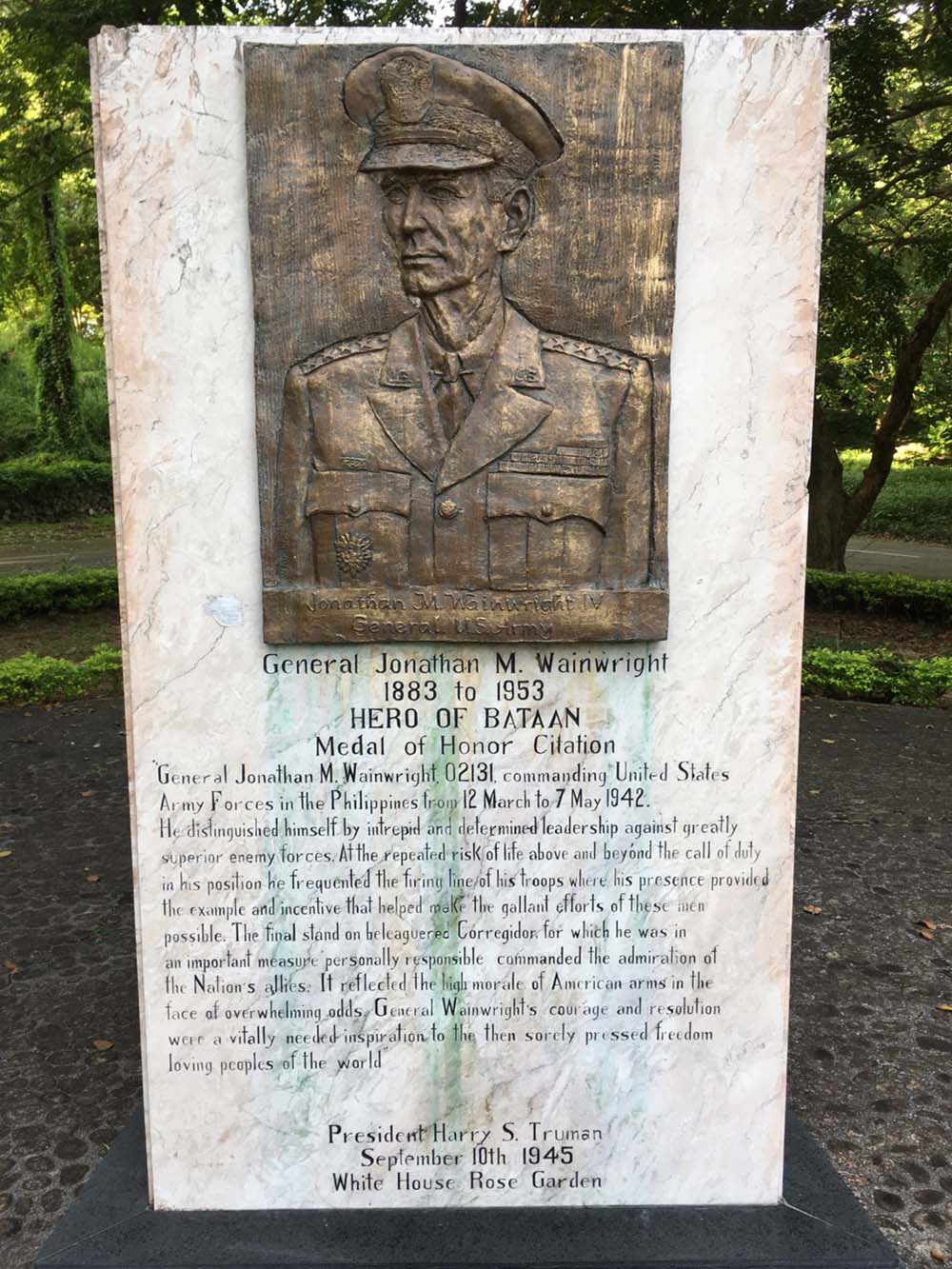 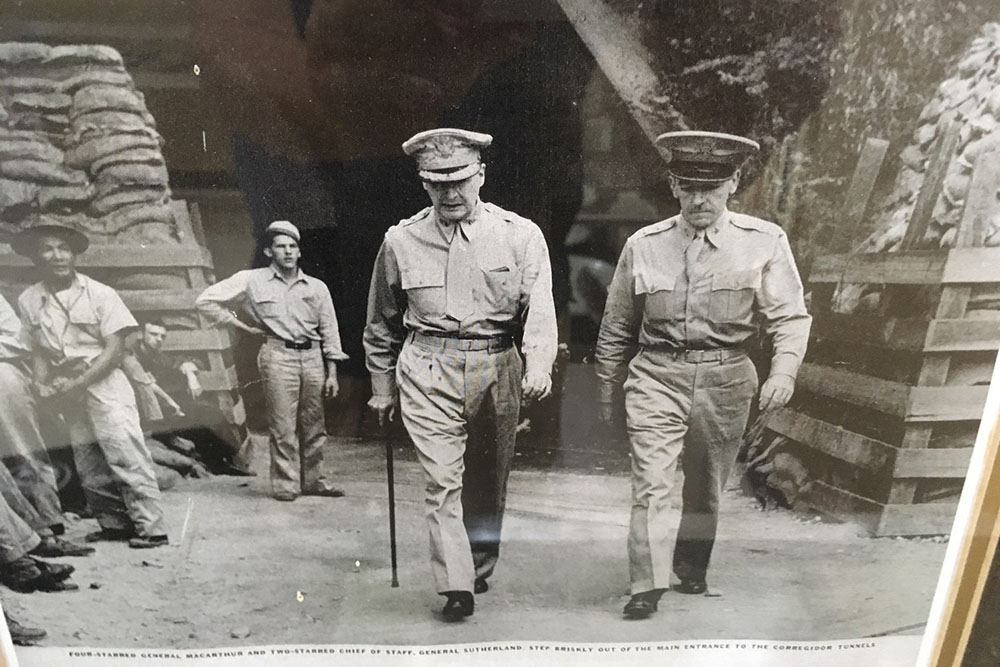 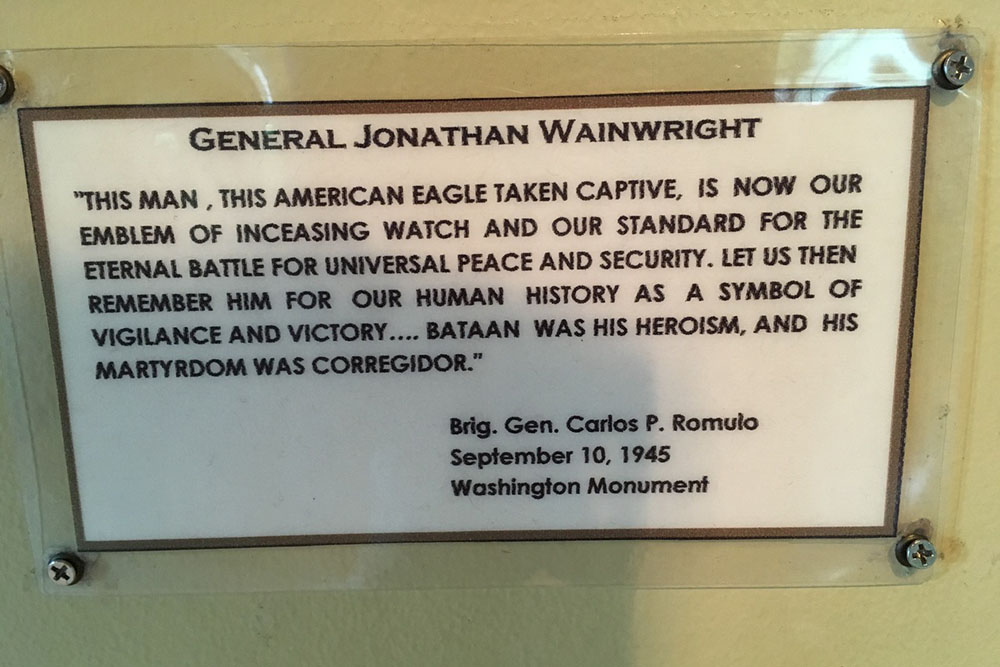 The ghost of General Jonathan Wainwright still hovers above the jungle island of Corregidor, at the mouth of Manila Bay.

With the fall of Bataan and the Japanese landing on Corregidor in March 1942, Wainwright had to surrender American and Philippine troops fighting on the peninsula and island, from which he was marched away into captivity for the balance of the war.

Some of the Wainwright story is told at the museum on Corregidor.

At North Beach on Corregidor, there is a monument in General Wainwrights honor, on which his citation for the Congressional Medal of Honor is printed. It reads:

"General Jonathan M. Wainwright, 02131, commanding United States
Army Forces in the Philippines from 12 March to 7 May 1942.
He distinguished himself by intrepid and determined leadership against greatly
superior enemy forces. At the repeated risk of life above and beyond the call of duty in his position he frequented the firing line of his troops where his presence provided the example and incentive that helped make the gallant efforts of these men possible. The final stand on beleaguered Corregidor, for which he was in
an important measure personally responsible, commanded the admiration of
the Nations allies It reflected the high morale of American arms in the
face of overwhelming odds. General Wainwrights courage and resolution
were a vitally needed inspiration to the then sorely pressed freedom
loving peoples of the world"

Released from his imprisonment just before the end of the war, Wainwright got a small measure of revenge when he was flown to the deck of USS Missouri where, standing behind General MacArthur, he was among those American officials to accept the Japanese surrender in Tokyo Bay.