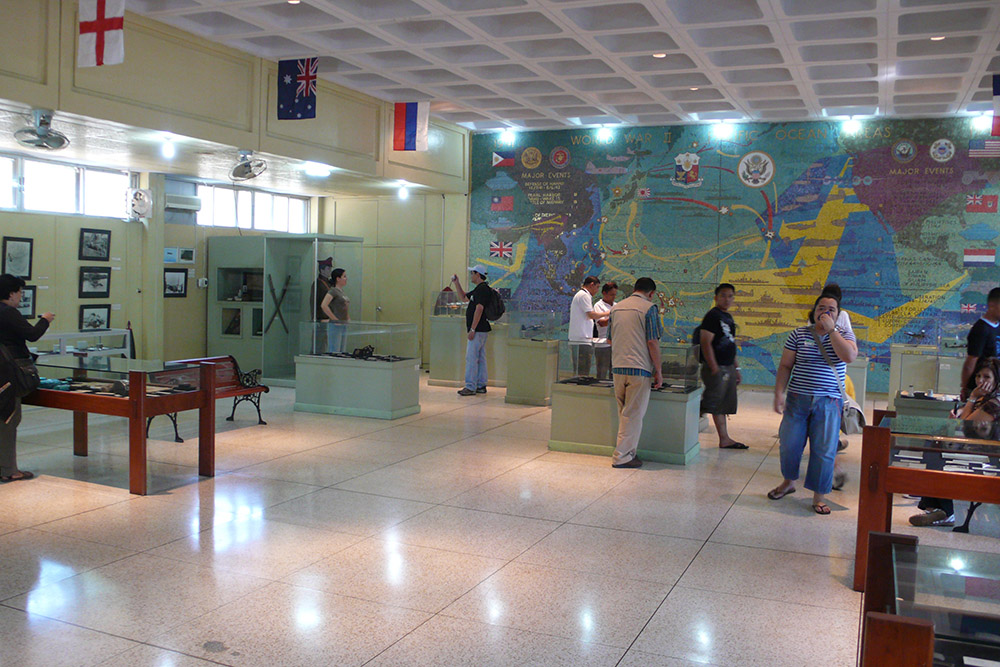 This museum forms a part of the Pacific War Memorial. It shows photographs and artefacts of the battles of Corregidor and the Pacific in the Second World War.

Corregidor
Corregidor is now a national park in the Philippines, and well worth a visit by anyone interested in World War II, as there is little on the island except war relics and an excellent museum of the Pacific War.

Visitors can spend a day on Corregidor from Manila, on one of the Sun Cruises ferries that come daily to the island. But another option is to spend the night at the Corregidor Inn on the island and to explore the island in a more leisurely fashion.

The inn is located at South Beach, and from there its an easy walk to Top Side, where the museum is located, lunch is served, and there are many hulking ruins of the American presence on the island.

Perhaps the most celebrated artifact on the island is the Top Side flagpole, on which the Americans in 1945 raised the flag, following the retaking of the Philippines, although by then Corregidor was no longer the lynchpin in U.S. defenses around Asia.

On a walk or trolley ride around the island, you will see the remains of many U.S. barracks, gun emplacements, and monuments to the soldiers here when the island was captured in March 1942.

For background reading, an excellent overview, from the Spanish-American War in 1898 to the Vietnam War is: Sentimental Imperialists - The American Experience in East Asia by three professors, James Thompson, Peter Stanley, and John Curtis Perry. Its slightly dated now, but still a superb piece of concisely history.

Another excellent survey is Arthur P. Duddens The American Pacific: From the Old China Trade to the Present.