The Jewish Memorial is located in the garden of the city-hall of Rotterdam. It commemorates the Jewish residents of Rotterdam who were deported and murdered.

At the start of the Second World War, 13.000 Jews lived in Rotterdam. More than 10,000 of them were deported to concentration camps. Less than 1000 returned.

The memorial was created by the artist and Loeki Metz and unveiled by Queen Beatrix. on 27-10-1981. 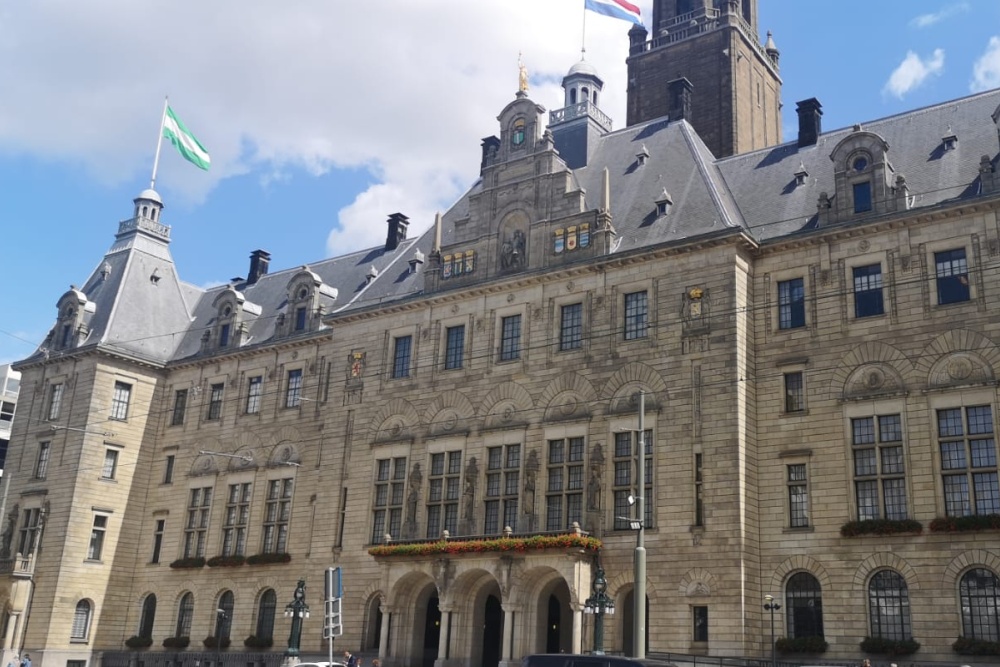