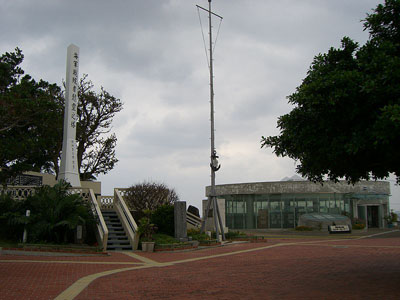 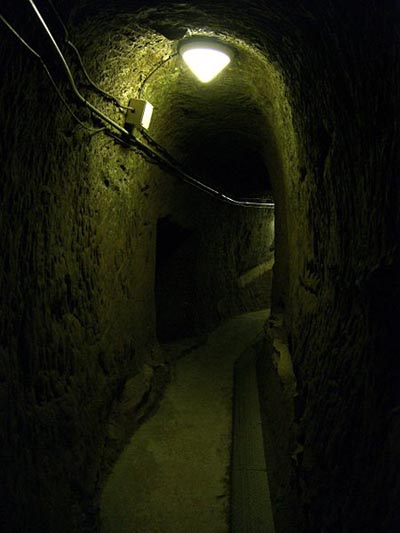 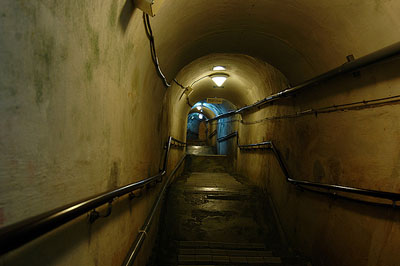 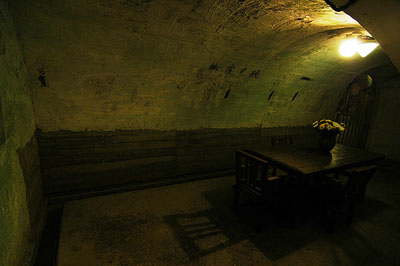 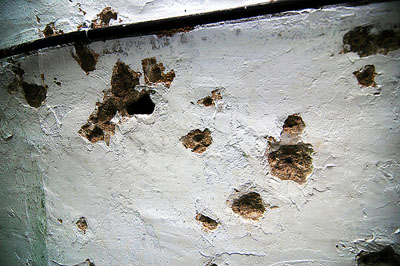 During the Battle of Okinawa (1.4.1945 - 23.6.1945) the underground headquarters of the Imperial Japanses Navy was situated here. Between 26 May and 13 June 1945, heavy fighting took place around this military facility. On 13 June 1945, admiral Minoru Ôta and 175 of his staff members committed suicide to avoid being captured. Before this incident, Ôta wrote his farewell message on the walls of his personal underground chamber (picture 4).

The headquarters today:
It is currently open to the public. The farewel message of admiral Minoru Ôta can still be found on the wall of his personal chamber. The schrapnel impact on the several places within the underground facility are the only witnesses of the mass suicide incident of 13 June 1945. A war memorial dedicated to the fallen Japanse seamen of the Second World War can be found at the museum.