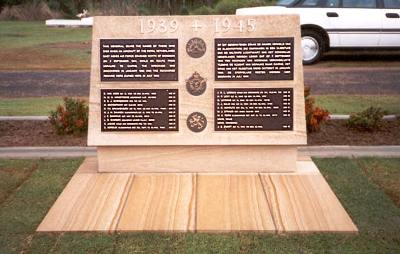 On this plot is a mass grave with 18 Dutch war casualties who, together with others, died in a plane crash on 7 September 1944.

Many years later, in January 1989 , the wreck was discovered north of Mossman.

The Dutch casualties were buried here on 28 July 1989.