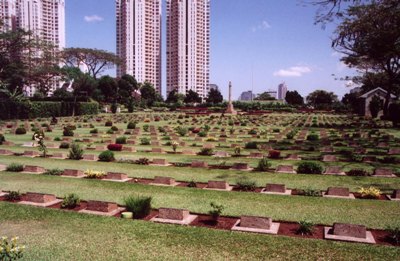 Jakarta War Cemetery contains Commonwealth war graves from the Second World War, soldiers, airmen as well as sailors who died in defence of Java and Sumatra during the swift Japanese advance in 1942 and many others who perished afterwards as prisoners of war.

Here are also many graves of British and Indian soldiers who died in the fights after World War II with Indonian Republicans, in the Indonesian National Revolution.

In total, there are about 1200 graves on the cemetery.