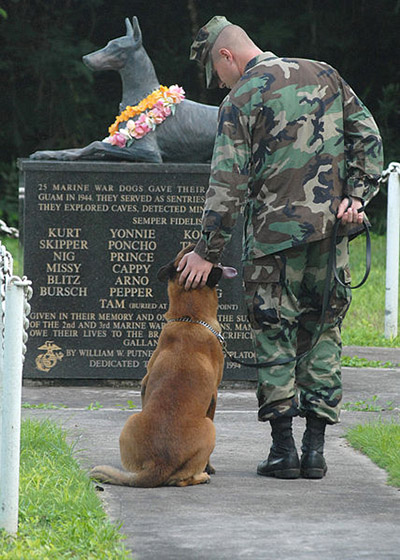 This memorial commemorates the 25 marine dogs who were killed in the Battle of Guam in 1944.

Given in their memory and on behalf of the surviving men of the 2nd and 3rd marine war dogs platoons, many of whom owe their lives to the bravery and sacrifice of these gallant animals.