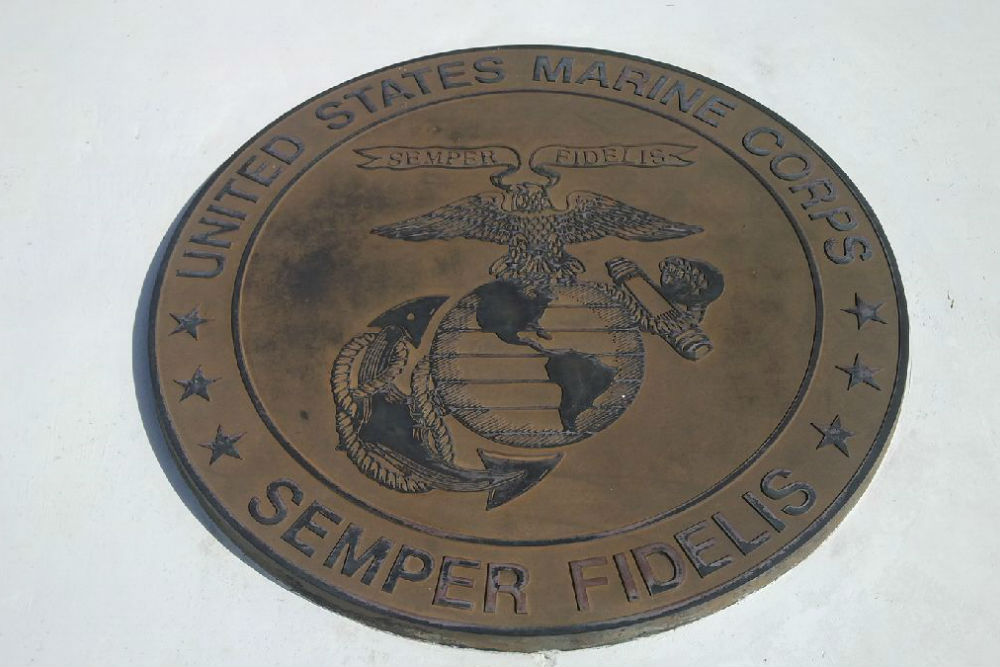 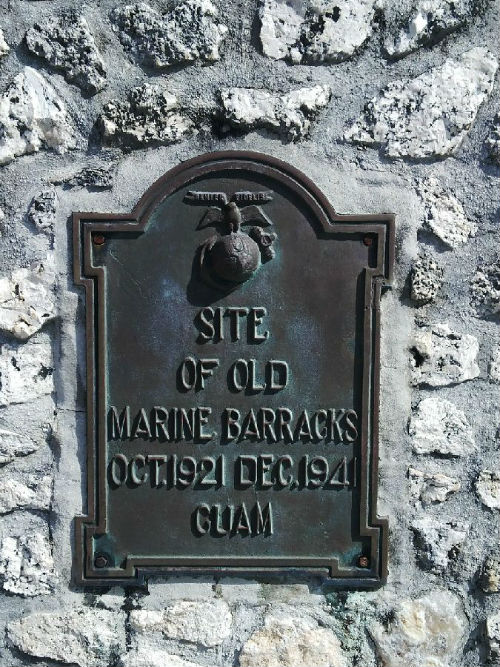 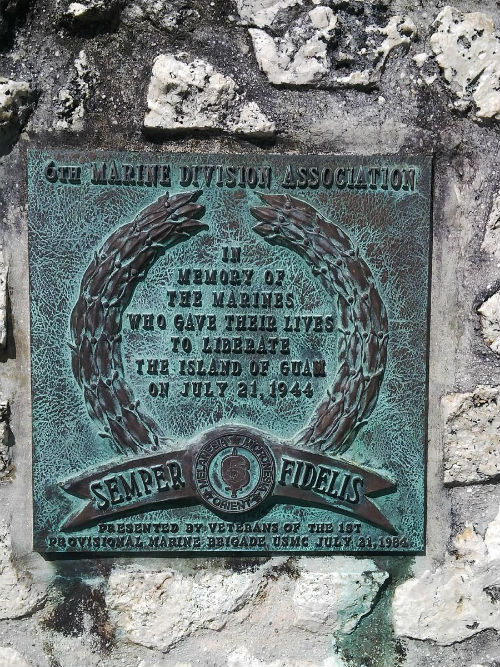 At the outbreak of WWII on 8 December 1941 the Barracks, had 145 men armed with rifles and a few machine guns. At 08:27, Japanese land-based aircraft from Saipan attacked the Marine Barracks along with other military points in Guam. The Japanese landed about 400 troops from Saipan and began their advance and as a result the Barracks was destroyed.

The original plaque was recovered in 1944 when Marines retook the island of Guam and is now on display in the WWII Gallery of the National Museum of the Marine Corps in Triangle, Virginia. The barracks monument is part of the Naval Base Guam Historic Trail (Naval Base access required). The grounds are now the site of the DoDEA Commander William McCool Elementary / Middle School.