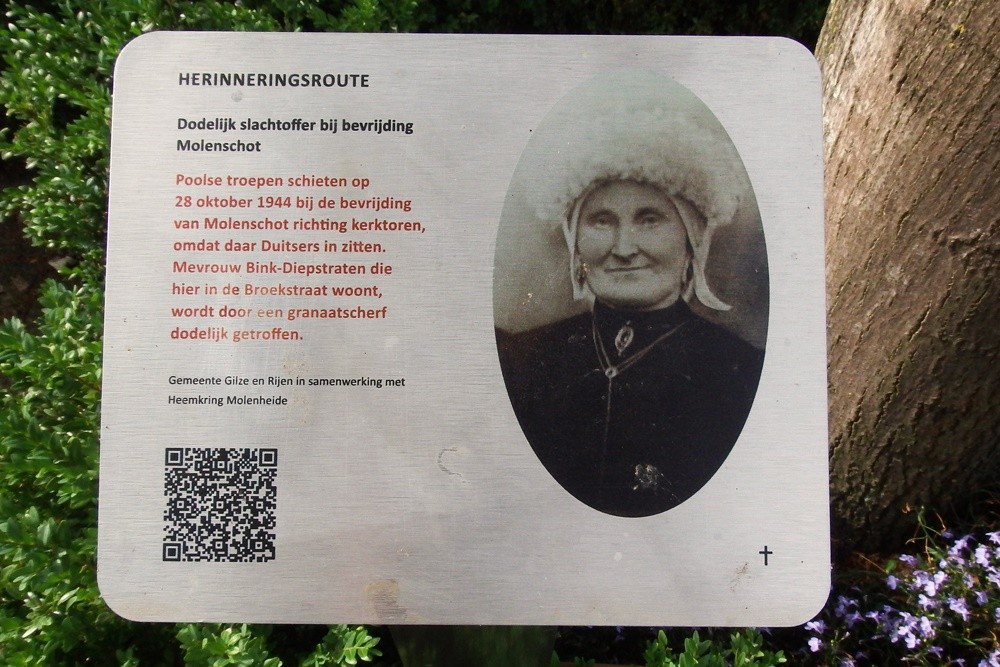 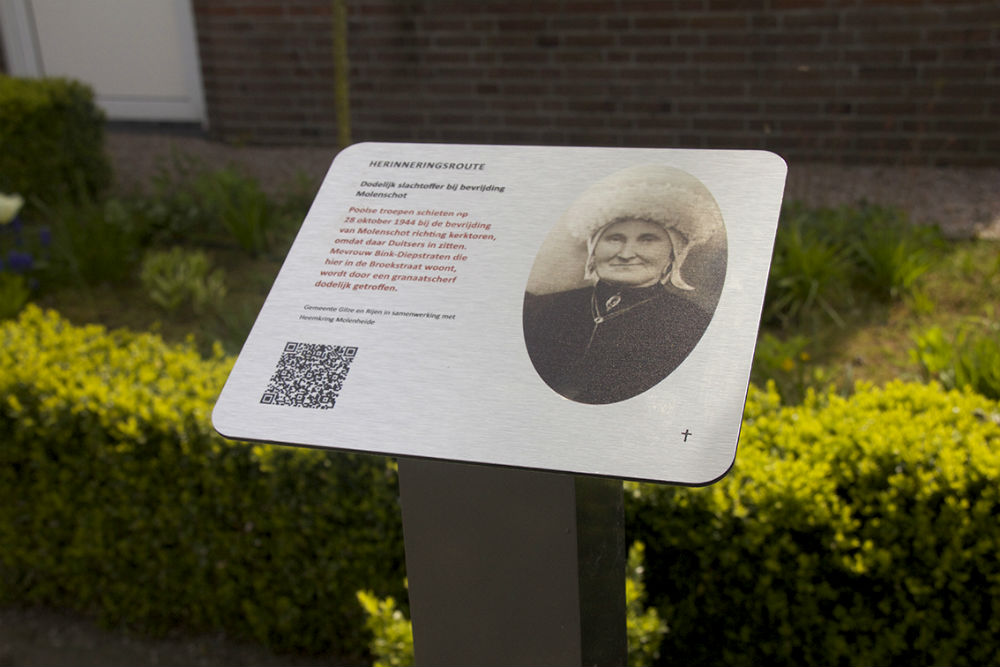 
FATAL VICTIM AT LIBERATION OF MOLENSCHOT

During the liberation of Molenschot, Polish troops fired at the church tower because it contained Germans. With the shelling, the residents went to the air-raid shelter behind Broekstraat 12. Everyone was in the basement except Mrs. Bink-Diepstraten because she was in a wheelchair and was just in front of the entrance of this shelter. At that point, there was an impact that shrapnel hit her in the neck.

Pastor Verrijt stayed with Mrs. Bink-Diepstraten until she died (according to witnesses she bled to death). The adjacent farm (on which a son of hers was farming) also caught fire when the Polish army liberated Molenschot.