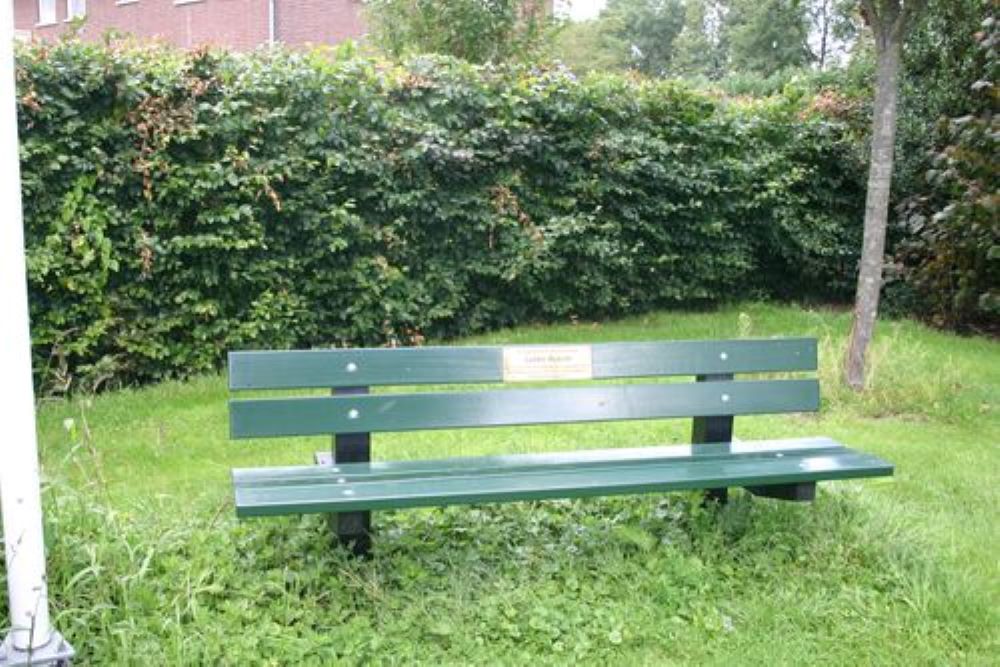 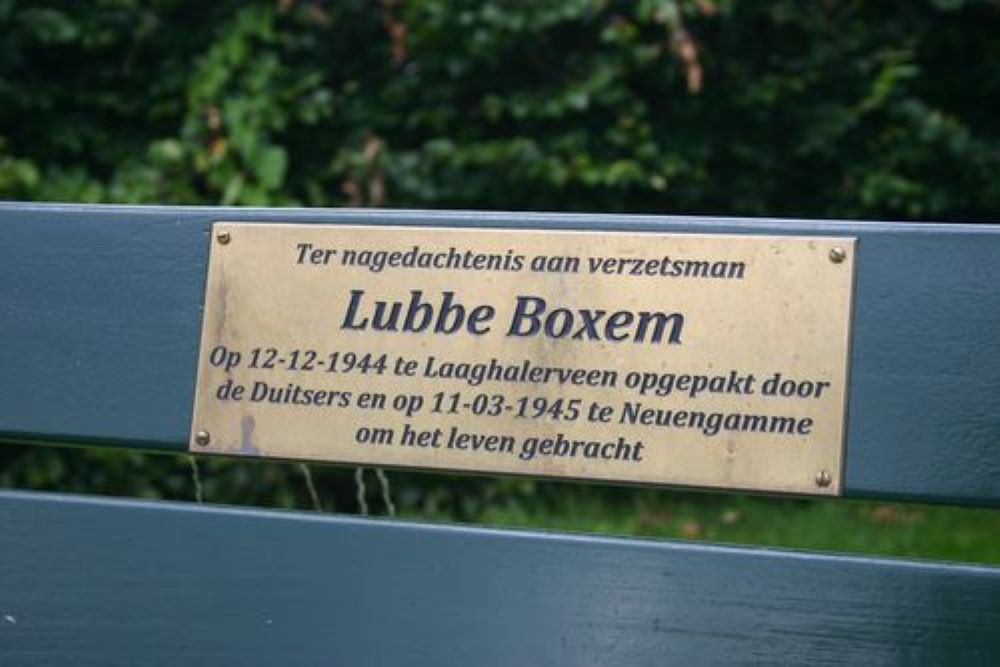 The Bench with the Plaque is a permanent reminder of Resistance Fighter Lubbe Boxem.

He was arrested by the Germans on December 12, 1944, captured and tied up on the hood and bumper of a car. As the then 8-year-old Tjark Boxem saw his father for the last time, even though he only learned later that day that the man in the car was his father.

Lubbe was deported to Neuengamme where he was murdered on March 11, 1945.