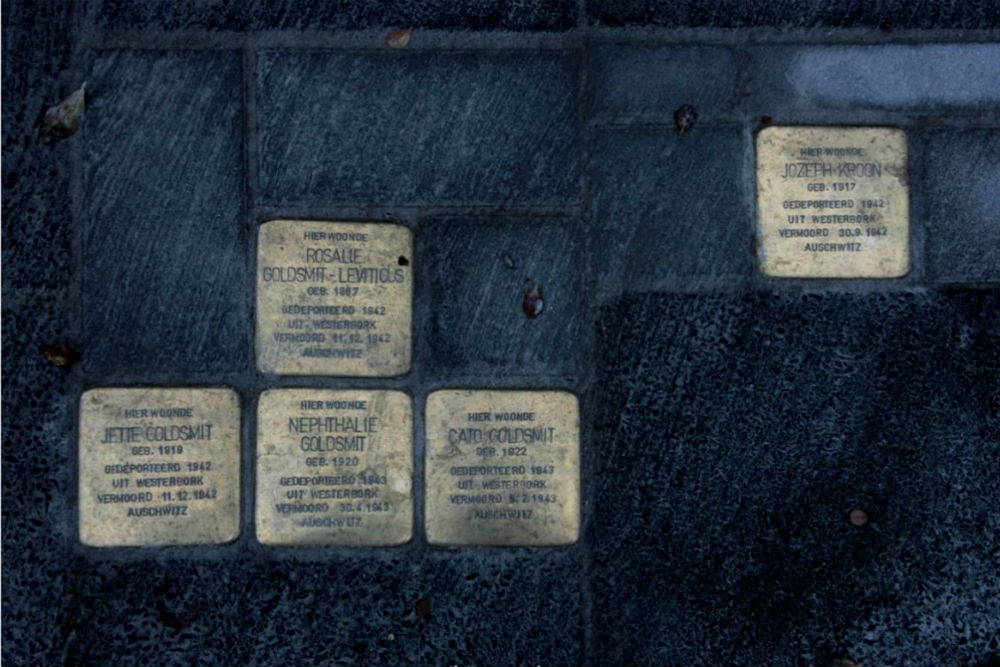 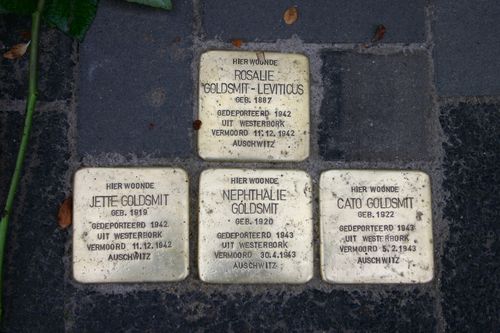 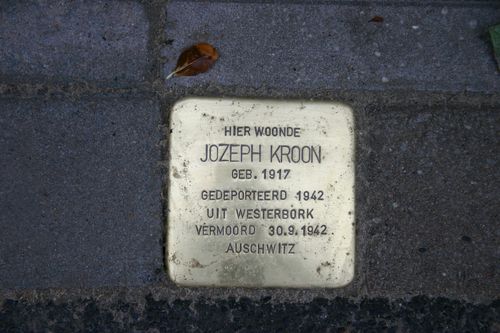 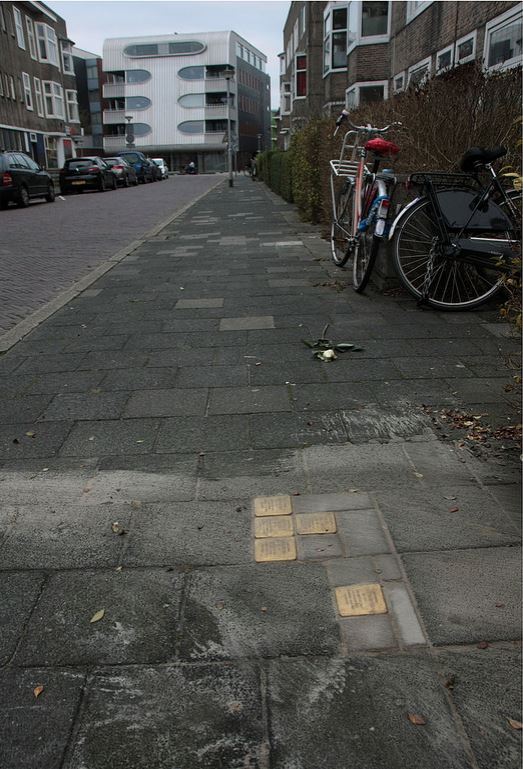 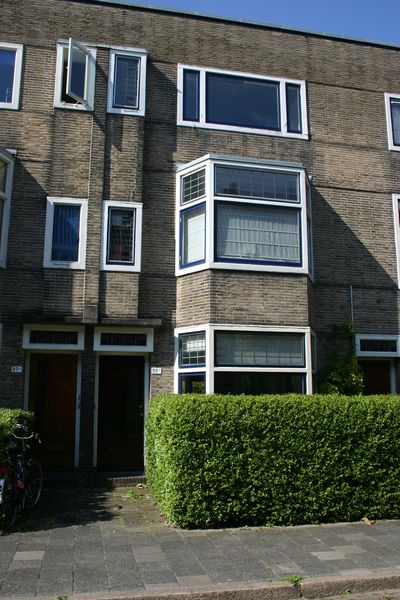 Rosalie Leviticus married Benjamin Goldsmit, who had a family business in gold, silver, and timepieces. They had 3 children born in Delfzijl  Jette, Nephthalie, and Cato. Benjamin died in 1938, and Rosalie became the owner of the business. The next year she moved it and the family to this Wassenberghstraat address. The products changed to include small electrical appliances.

In 1940, at age 18, the youngest child Cato left home to became a student nurse in the Israelite Insane Asylum in Apeldoorn and lived there (even though she was still registered in Groningen).

Rosalie was forced to close the family business in March 1942 due to new regulations prohibiting Jews in business. That ended the familys income and security. Rosalie then became a teacher for the Jewish Council.
Jette was known to have been an accountant, correspondent, and bookkeeper. Her brother Nepthalie studied arts and crafts and became a producer of artificial horn and resin.

Cato Goldsmit was taken to Westerbork from Apeldorn on 24 August 1942. Later she was deported to Auschwitz and murdered there in February 1943. She was not even 21 years old and already had been described as "een bruikbare kracht" [a useful force].

Three months later, in November, Rosalie, Jette, and Nephthalie Goldsmit were taken to Westerbork. Nephtalie was separated from his mother and sister. Rosalie and Jette were deported on 8 December to Auschwitz, where they were murdered on 11 December. Nephthalie, then a young man of 22, was deported from Westerbork on 16 February 1943 to Auschwitz. He survived another 2 months until he was murdered in April.

Jozeph Kroon was a bookkeeper. He lived at Folkingestraat 39a before moving to Wassehberghstraat in 1941. He married Alida Sanders in August 1942 while both were in Westerbork. Both were murdered in Auschwitz on 30 September 1942.

Jozephs sister, Hanna Sara Kroon, and their parents, Benjamin Kroon and Rebekka Kroon-ter Berg, lived in Meppel, and were all three murdered in Auschwitz on 5 November 1942. They are remembered on a memorial in the Meppel Slotplantsoen.