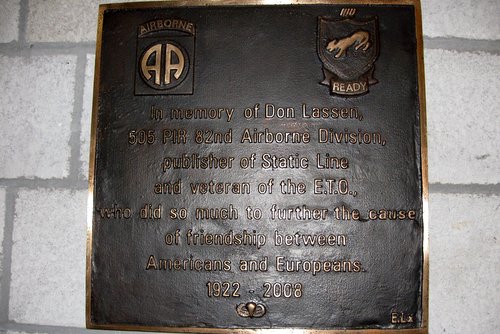 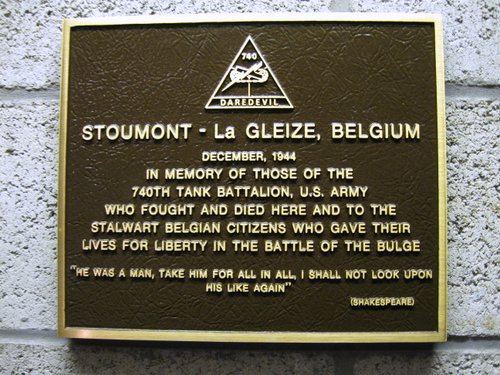 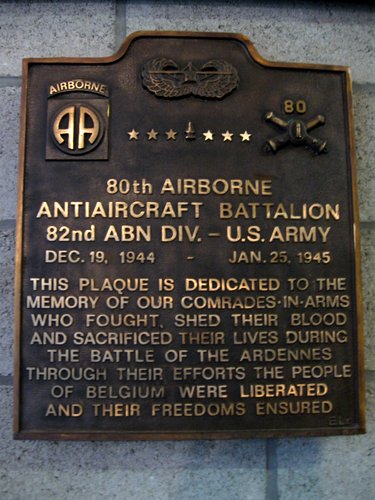 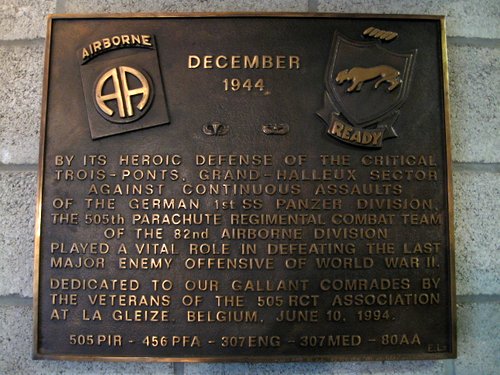 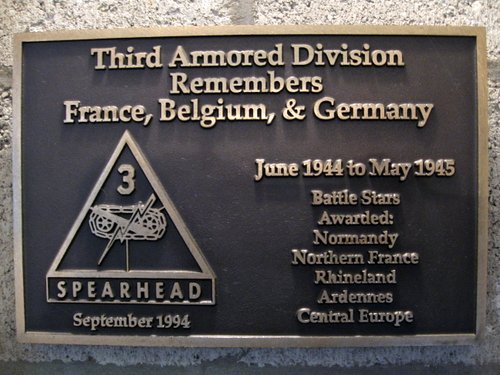 Left and right, immediately at the entrance and in front of the reception desk of the museum there are five plaques hung on the wall, with the following texts.

Plaque number 1:
In memory of Don Lassen, 505 PIR 82nd Airborne Division, publisher of Static Line and veteran of the E.T.O., who did so much to further the cause of friendship between Americans and Europeans.
1922  2008

Plaque number 2:
Stoumont  La Gleize, Belgium
December, 1944
In memory of those of the 740th tank Battalion, U.S. Army who fought and died here and to the stalwart Belgian citizens who gave their lives for liberty in the Battle of the Bulge.
"He was a man, take him for all in all, I shall not look upon his like again"
(Shakespeare)